Lam Wing-Kee: Hong Kong bookseller fights back against China with Taiwan shop | Asia| An in-depth look at news from across the continent | DW | 27.04.2020

Renowned bookseller Lam Wing-Kee has opened a new book shop in Taipei despite threats from China. Lam told DW that his Causeway Bay Books will continue to provide inspiration to protesters in Hong Kong and Taiwan. 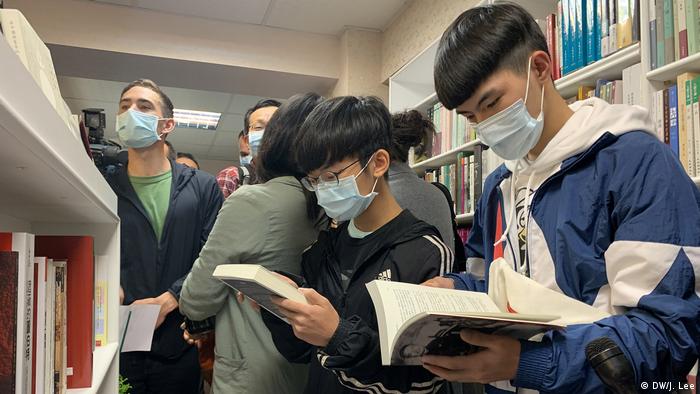 Lam Wing-Kee may not have expected so many customers at his new bookstore after three men attacked him with red paint in Taipei last week. While he was not physically injured, the red paint remained on his hair, wristwatch and forearms. He said it was a traumatic experience, one that will take a while to get over.

"The attack left me traumatized. I'm not sure if I will be targeted by more extreme attacks in the future," Lam told DW. "Taiwan was a very safe place when I arrived here from Hong Kong last year, but I think the attack exposed the impact of China's infiltration campaigns in Taiwan."

Lam is no stranger to attacks and abductions allegedly linked to the Chinese Communist Party. In 2015, he was kidnapped from Hong Kong and reemerged in China later that year. Chinese authorities allowed Lam to return to Hong Kong in June 2016, telling him to return to China with a computer hard drive containing a list of bookstore customers. But instead, Lam revealed the details of his abduction and detention to the public. 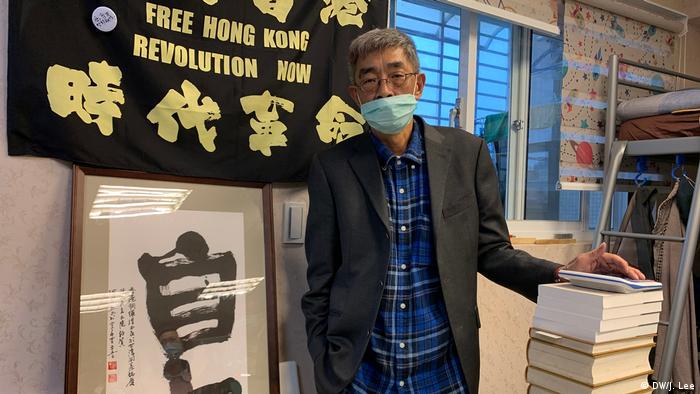 Lam: 'I want to help people in Taiwan better understand China through the books I sell'

In April 2019, as Hong Kong was gearing up for protests against the now-withdrawn extradition bill proposal, Lam fled Hong Kong for Taiwan, fearing that the passage of the bill would allow the Chinese government to extradite him to the mainland. On April 25, he reopened his iconic bookstore, Causeway Bay Books, in Taipei despite concerns about his personal safety.

"The Chinese government tried to destroy the old bookstore in Hong Kong, therefore reopening it in Taiwan allows me to fight them back," Lam said. "They want to deprive us of the right to read, so we need to resist."

Lam believes his bookstore can help Taiwanese people learn more about the Chinese government's ideologies. "Even if you don't agree with the Chinese government and those who support them, you can still try to understand their logic," Lam told DW. "I want to help people in Taiwan better understand China through the books I sell, because this is one of the better ways to protect Taiwan."

"It saddens me to see how Hong Kong descended into chaos," Lam said. "Beijing has completely abandoned the promises it made to Hong Kong in the 1980s."

Lam is of the view that Hong Kong activists must learn to protect themselves amid the ongoing fight against Beijing. "People definitely need to fight back, but there are many ways to protest," Lam told DW. "When police attack protesters with lethal weapons, they don't need to respond with Molotov cocktails." "The movement against China won't end in three to five years. I think it would be wise to plan long-term strategies," he stressed.

Could Taiwan be a base for anti-Beijing resistance?

Many other Hong Kong protesters have also sought refuge in Taiwan as the security situation in the city continues to deteriorate. Lam expects more people from Hong Kong to flee to Taiwan as, he believes, Taiwan serves as an ideal base for them to continue their resistance against Beijing.

"Taiwan is a safe place for them to continue the movement. Direct confrontation is not the only way to fight against the Chinese Communist Party," Lam said. "They can boycott Chinese products or join anti-Beijing discussions and protests in Taiwan."

Two high school students who visited Lam's Taipei bookstore on Saturday told DW that they think Taiwan's freedom and democracy can provide a safer environment for the people of Hong Kong to build a new life.

"I think Taiwan can provide them with the necessary support," Wang, a Taiwanese student, told DW. "The environment in Taiwan can help them rebuild their lives. I also think that Taiwan's democracy and freedom can guarantee that they won't have to face the same level of risks that they experienced in Hong Kong."