Lam Wing-Kee has described how mainland authorities blindfolded, interrogated and held him isolated for months. He said Hong Kong would become helpless if he "remained silent." 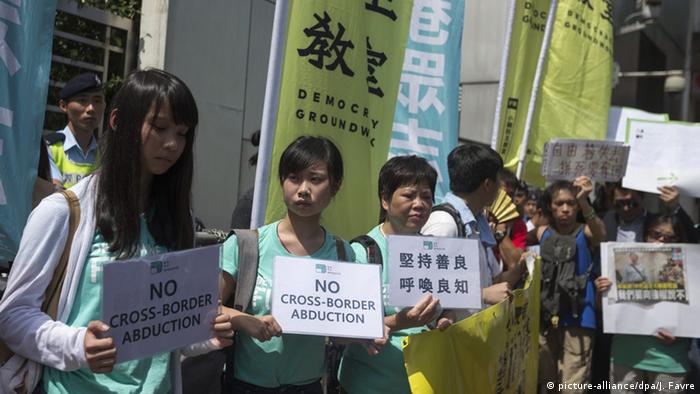 Profesor Joseph Yu-Shek Cheng explains the tense political backdrop to a Beijing official's rare visit. Calls for independence have sprouted across the city.

For the past two months, students and teachers in Hong Kong have been holding demonstrations against Beijing's increasing control of the city's educational intuitions and academic freedom. Will the movement succeed? (07.12.2015)

Lam was one of five booksellers peddling gossipy literature about leading Chinese politicians, who disappeared last year and resurfaced on Chinese television to confess to criminal acts.

However, Lam said the entire broadcast in February had been scripted, adding that he recited it for fear of the consequences.

The bookseller said a "central special investigation team" seized him in October while crossing into mainland China, after which they blindfolded him, interrogated and held him in a small room for five months.

On Tuesday, he returned to Hong Kong on bail so he could grab a hard drive containing information of his mainland customers and hand it over to authorities in China. But he said he would not return, and instead decided to give a full account of his detention.

"If I myself, being the least vulnerable among the five booksellers, remained silent, Hong Kong would become hopeless," Lam said.

"It took me much courage and two sleepless nights to consider, but I decided to share the whole story with you, and tell the whole world that this incident is not only about myself or the books, it's about the core values that Hong Kong people need to safeguard," he added. 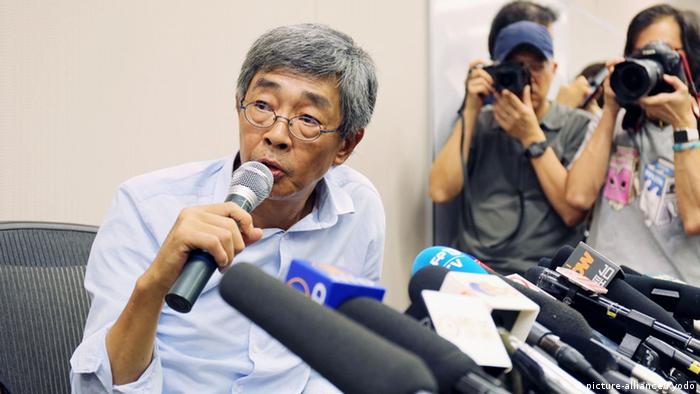 Lam Wing-Kee: "Hong Kongers will not bow down to brute force."

'Release all of them'

High-profile pro-democracy campaigner Joshua Wong, known for his role in the 2014 pro-democracy protests dubbed the "Umbrella Movement," on Friday said Lam "is the role model for Hong Kong people - facing the suppression of the communist regime."

"We hope the world can put pressure on the government to release all of them (the booksellers)," said activist Nathan Law at the protest.

Mabel Au, Amnesty International's Hong Kong director, said it is clear Lam "and most likely the others, were arbitrarily detained, ill-treated and forced to confess."

'Do not have the authority'

"Law enforcement agencies of the mainland and overseas do not have the authority to enforce laws in Hong Kong," the government said in a statement.

Following British rule, Hong Kong was turned over to Beijing under a "one country, two systems" arrangement settled in 1997. The agreement allowed Hong Kong to retain substantial autonomy, with the promise of eventual universal suffrage.