For the past two months, students and teachers in Hong Kong have been holding demonstrations against Beijing's increasing control of the city's educational intuitions and academic freedom. Will the movement succeed? 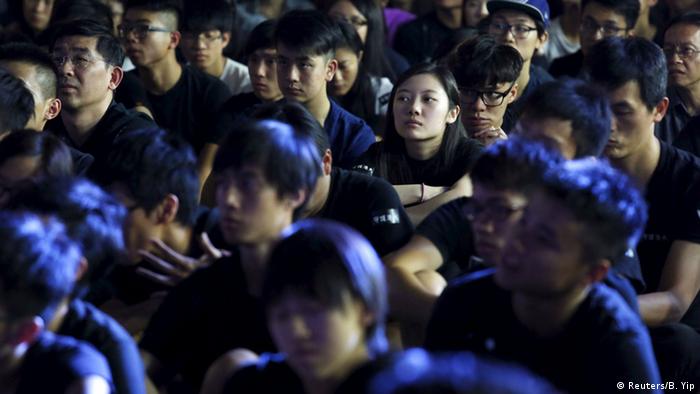 Last week, thousands of students and teachers voted against the possible appointment of a new council chairman for the University of Hong Kong. They say that Professor Arthur Li-kwok-cheung "does not have the trust, confidence and respect of the academic and nonacademic staff, students and the alumni of the university."

More than 97 students and members of the university's staff voted in favor of the motion that Li was not suitable to be the chairman of the university council. Li, who is currently a member of the council, is controversial in Hong Kong for his inclination toward the Chinese government.

"It is very rare in Hong Kong that members of a university or a public institution cast votes to express their anger against the appointment of a particular person," Yip Kin-yuen, the convener of the HKU Alumni Concern Group, told DW. 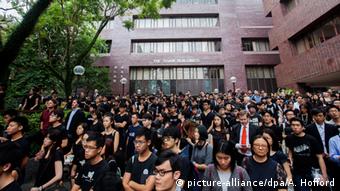 In September, university staff and students held another vote to push the appointment of Chan Man-mun as HKU deputy vice chancellor. Chan is a former dean of the university's faculty of law, and is known for his pro-democracy stance during last year's Umbrella Movement. The council eventually rejected his appointment, which caused academic outcry, especially after the state-run Chinese-language newspaper Wen Wei Po criticized Chan for his involvement in politics.

"The protests show that the academia is not ready to accept restrictions on academic freedom and the university's autonomy," Professor Joseph Chan Cho-wai, a newly elected member of the university council, told DW.

The council, the HKU's governing body, has a chairman and 23 other members. The chairman and six members of the council are appointed by the chief executive of the city. The chief executive is the chancellor of all eight public universities in Hong Kong. Although there are slight differences in the composition of different university councils, the chancellor holds the power to appoint the governing body's members.

In Hong Kong's first vote since mass pro-democracy street protests, the city's democracy movement has won at least four seats in district elections. The poll could provide an insight into the 2017 leadership election. (23.11.2015)

Students, teachers, and university staff have taken to the streets of Hong Kong in protest of alleged interference from Beijing. Previously, a liberal scholar was blocked from a senior post at Hong Kong University. (09.10.2015)

The impact of China's new crackdown on civil rights

In what seems to be a crackdown on public dissent, hundreds of Chinese rights lawyers have been detained or interrogated. While temporarily muzzled, the advocates' determination shouldn't be underestimated, say experts. (24.07.2015)

A few years ago, the HKU Alumni Concern Group pointed out the flaw in the appointment system. In 2012, its standing committee published a report arguing that there were "fundamental weaknesses and problems in the governance and management of the university." It further said that the power of the chief executive in selecting and appointing the council chairman "always leads to the suspicion and risk that the chief executive may use his power to select and appoint his favorites who are under his political influence."

"There is a need to revise the current system of the council, as well as the rule that the chief executive of the city has to be the chancellor," said Chan, who added that he would try to push forward a revision of the system.

The system has been in place for a long time, but what recently irked the city's academics was the alleged interference of Chief Executive Leung Chun-ying in the management of the university's governing bodies and the appointment of pro-Beijing officials to the council.

In November, Leung insisted on appointing two pro-Beijing members to the HKU's council during the controversy surrounding the possible appointment of Li as chairman. He also extended the membership of a pro-Beijing council member. In October, Leung also appointed five new members to the council of Lingnan University, three of whom are considered close to the Communist regime on the mainland.

Wong Kai-Fai, the deputy secretary-general of the Hong Kong Federation of Students, told DW that he was expecting more student unions to organize demonstrations and referendums in the coming months. 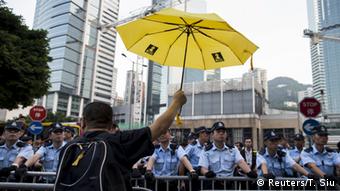 The Alumni Concern Group's Yip warned that if Li were appointed as the council chairman, the HKU's students and teaching staff would protest: "Rest assured that there will be a reaction from both students and the academic staff."