A new report shows that a severe shortage of labor will pull down growth rates in coming years. Experts have long blamed migration for the shortage of workers in the region but now they point to another key factor. 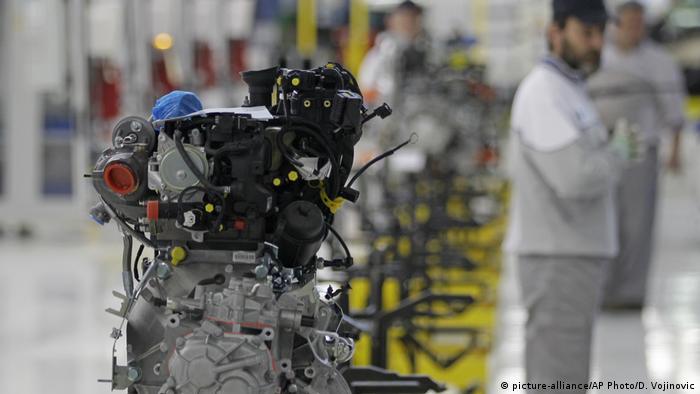 Most of central and eastern European countries have been growing at their highest rates since the global financial crisis about a decade ago, but soon the boom may be over.

Growth rates in the region are expected to head south in the next two to three years, hurt by, among other factors, a severe shortage of labor, a new report by the Vienna Institute for International Economic Studies (wiiw) showed.

Central and eastern European countries have been struggling to fill up vacancies as more and more workers migrate to western Europe in search of better pay. The labor shortage has pushed down unemployment rates in the region to record lows and driven job vacancies to their highest levels.

The shortfall can also be attributed to a decline in overall population. Most countries in the region have experienced shrinking populations over the past 15 years even as total population in the EU has gone up.

"The working age population in these countries has been shrinking due to migration and other demographic factors such as low fertility rates," Robert Strehrer, scientific director at wiiw, told DW. "This shortage might result in lower GDP growth rates which could have severe implications for the welfare systems."

Migration and low fertility rates are expected to cause the working age population (aged 20-64) in central and eastern European countries to shrink by about 30 percent by 2050, the wiiw report said.

The labor shortages have led to a wage boom in the region, bucking a trend of weak wage growth witnessed in most western European economies for years.

While higher wages lead to more spending and consumption and have a positive effect on a country's economy, they put pressure on its competitiveness and may encourage investors to look elsewhere.

"Rising wages are also a sign of an increase in the bargaining power of the workers," Strehrer said. "Some countries such as Bulgaria have also introduced minimum wages to counter labor shortages among other things."

But despite the rise, wages in the region remain significantly below those offered in the western European countries.

A survey conducted by staffing firm Manpower Global in the third quarter of last year found that more than half of the employers in Poland, Slovakia and Hungary reported difficulties in filling up vacant positions.

The labor shortage is increasingly forcing companies to come up with novel ideas to attract and retain workers. In Slovakia, some companies guarantee a job for the spouse of an employee. A Polish company is reported to be using prisoners to beef up its workforce. Several companies hand out cash to employees who help find new workers.

Many companies are also putting in more money in automation and digitalization to deal with the problem.

Hungary, where women have fewer children than the EU average of 1.59, has introduced a series of incentives to boost birth rates. The country's right-wing government, which opposes immigration by Muslims, said in February women with four children or more will not have to pay income tax and promised $36,000 (€32,000) in interest-free loans to young couples. The loan would be cancelled once they have three children.

Starvation wages, subcontractors and outsourcing have made conditions difficult for Eastern European workers in the German meat industry. Counseling centers want to help them. (20.03.2017)

As the world prepares to tackle trade tensions and tit-for-tat tariffs, the summit between leaders of China and Central and Eastern European nations offers a chance for Beijing to present itself as a free trade champion. (05.07.2018)