A fight is brewing over an EU plan to stop companies from hiring cheap Eastern European workers for short-term jobs in Western Europe. But what could a solution look like — policymakers are divided over the issue. 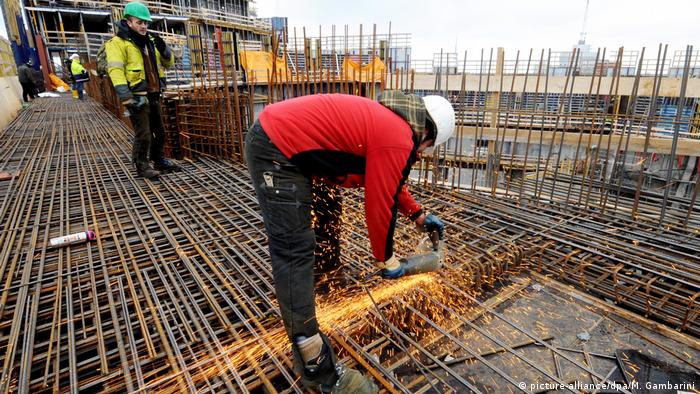 But there's another way in which companies try to save money through the difference in Eastern and Western European labor costs that has upset unions and some politicians in the West — including Emmanuel Macron, the new president of France.

Some large companies hire workers at cheap Eastern European wage rates, and then bring them to work in Western Europe on short-term contracts. This saves on companies' labor bills, but it reduces the jobs and income available to western European workers, whose wage rates under their regional negotiated wage bargaining agreements are much higher. It also reduces western governments' employment tax income.

Mobile workers are those who go to live and work in another EU country long-term. They're entitled to equal treatment, including equal pay and benefits, to citizens of their new host countries.

Paying posted workers on temporary contracts wages and benefits at the rates of their home country, rather then their host country, is a practice that is not illegal under existing European Union rules, but it's a loophole that Western European governments would like to close.

Now the European Commission, urged on by France and other Western governments, is trying to change the rules covering short-term cross-border work assignments, but Brussels is running into stiff opposition from Eastern Europe — especially from the Czech and Polish governments.

Warsaw and Prague want to keep wage income associated with the loophole flowing inward, so they're opposing any change in the existing rules.

It's another example of the difficulties of reconciling the differing interests of European regions, given their very different economic characteristics.

New draft rules on the table

With backing from Berlin and Paris, new draft European Union rules stipulate that employees working at the same location must be paid the same wages and benefits, regardless of where their home address is located or where their employment contract was agreed.

A Polish worker in Belgium, for example, would get paid in accordance with Belgian sectoral wage rates, not Polish wage rates. Paris and Berlin argue this reform is needed to prevent wage dumping. Warsaw and Prague, however, worry that fewer Eastern European workers would get hired if the reform goes through.

In Polish media, there have even been fake-news stories that incorrectly claim that Brussels is planning to end the right to work on temporary assignments across borders.

A Conservative member of the European Parliament, Sven Schulze, told DW that a reform of the posted-workers regulations is necessary.

"The current guidelines were written in the 1990s, and since then, on a Europe-wide basis, we've seen massive abuses again and again. A reform is needed, there's all-party agreement on that in the European Parliament," Schulze said.

Schulze emphasized that the parliament consulted frequently and closely with Eastern European colleagues — it was not a matter of Brussels imposing new rules without taking into account the interests of eastern regions.

Brussels versus Brussels: Parliament versus Commission

There is some disagreement on the scope of the reform between the European Commission and European Parliament. The Parliament wants the reform to go further, and encompass stronger rights for posted workers.

In the past, some posted workers were shafted by employers that subtracted their food and lodging costs from their wage packet. That's an abuse the Parliament would like to put an end to.

At the end of the day, according to Schulze and other reform proponents, the new posted-workers regulations should benefit both Eastern and Western Europe by ensuring more fairness.