A look behind the Czech Republic′s job miracle | Business | Economy and finance news from a German perspective | DW | 04.01.2019

Economists have heaped praise on Germany's policies toward emerging stronger from the global financial crisis, also in terms of employment. But it's actually the Czechs who've had the EU's lowest jobless rate for years. 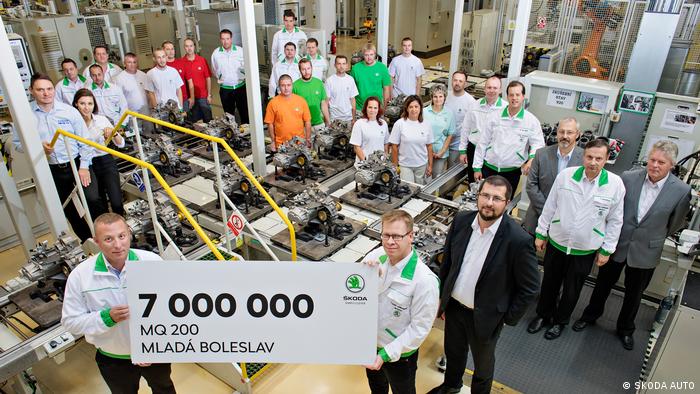 It's an ordinary day in Mlada Boleslav, a Czech town some 50 kilometers (31 miles) northeast of the country's capital, Prague. Everyone out on the streets looks busy as they rush around. They sure are busy at SKODA AUTO, the local industry champion, which has put a distinct stamp on this central Bohemian town.

The Czech carmaker, which joined Germany's Volkswagen Group in 1991, is certainly among the biggest employers in the country and easily the most important company in terms of its contribution to gross domestic product (GDP) and export volumes. 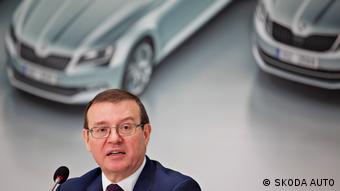 If you want to find out about the Czech job miracle, there's no ignoring SKODA AUTO. In the carmaker's head office, I met with Bohdan Wojnar, board member for Human Resources Management. He tells me that the firm's workforce has grown by over 40 percent in the past eight years.

Right now, the auto manufacturer employs some 35,000 people (including temporary workers) at its three Czech production facilities in Mlada Boleslav, Kvasiny and Vrchlabi and at its logistics center close to Mlada Boleslav.

But things are not only looking bright at SKODA AUTO, says Bohdan Wojnar.

"Basically, we have full employment in the country — there's no other way of describing the current situation; for many months now, the number of vacancies exceeds the number of unemployed people."

While that may also hold true for some other EU nations, the Czech Republic has boasted the lowest jobless rate in the 28-member bloc since January 2016, standing at just 2.3 percent in the fall of 2018. That's according to the European Union's harmonized figures — HUR, the harmonized unemployment rate, defines the jobless as people of working age who are without a job, are available for work and have taken specific steps to seek employment.

Wojnar says the robust labor market is first and foremost attributable to his country's strong industrial base and its healthy pool of skilled workers. His view is shared by Javier Colato, an expert on the Czech Republic at economic analysis and forecast provider FocusEconomics.

He specifically mentions the strength of the Czech manufacturing sector. "Behind that sector's healthy performance is a booming automobile industry, which has been a key engine of growth for the Czech economy and has helped to tighten the labor market," Colato told DW.

Foreign capital has no doubt helped the Czech economy along as relatively low wages may seem attractive to many investors abroad. 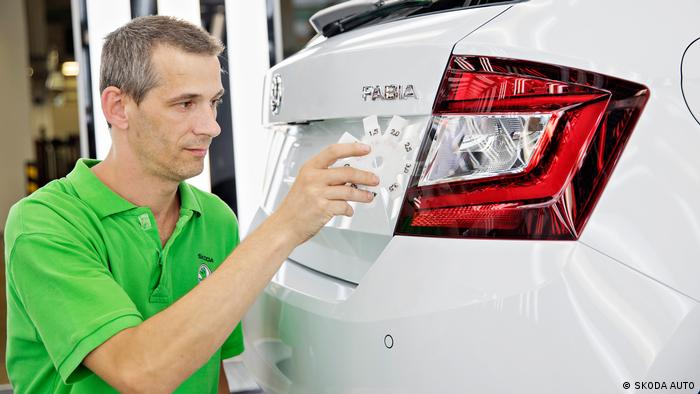 Lower wages not key for investors

However, relatively low wages are not the main factor for the country's success. Wages are lower in Bulgaria, Hungary and Poland, while in the Czech Republic they have been rising lately.

Nonetheless, the Czech manufacturing sector is larger than anywhere else in the EU in terms of its size in the domestic economy — it's where more than one-third of all employment is created in the nation of 10.6 million people.

But will things stay so rosy in the Czech labor market? Traditional advantages are slowly fading, and it will be crucial to find new strengths in order to secure future growth.

According to a recent OECD study, the Czech Republic faces the most widespread risk of job losses from automation in the EU, along with Slovakia, which also has a factory-heavy economy.

Advanced robotization and automation cannot be stopped at SKODA AUTO either, meaning the company will have to adapt fast to a changing environment. Bohdan Wojnar says the carmaker is right in the middle of this process of retraining workers to make them fit for future challenges.

Talking about the firm's dual education approach, he told me SKODA AUTO has a long tradition in this field. "Our own vocational training center is over 90 years old; we also founded our own university and have cooperation projects going on with several foreign universities."

"Had we applied this approach nationwide after the Velvet Revolution [peaceful transition of power away from the one-party government in December 1989], we would now be an even more technology-oriented country with bigger value chain significance," he argued.

It remains to be seen to what extent workers in other Czech companies will be able to cope with the new challenges, including the rise of robots and artificial intelligence (AI). And if the education system is able to turn out the right people in time. 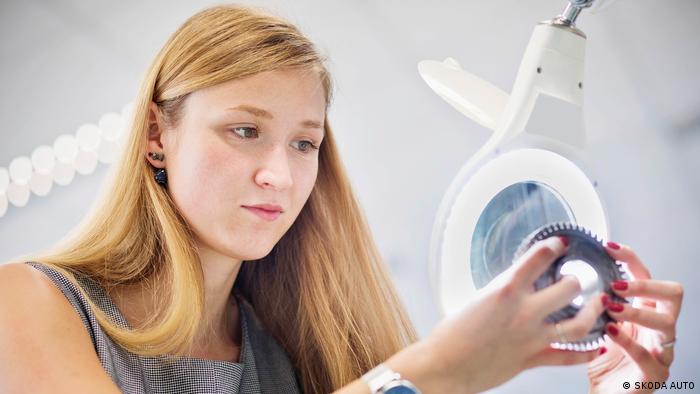 According to a Universum Institute survey, SKODA AUTO is the most attractive employer for students of technical subjects in the Czech Republic

While some economists have their misgivings about the flexibility of the national education system, they are nonetheless optimistic that a devastating job cull will not happen. Among them is economist Daniel Munich from the CERGE think tank.

"The underdeveloped private service sector in the country will probably accommodate released labor from manufacturing," he told DW. "And while the huge concentration of the automotive industry poses some risks, it represents a link to modern technologies which are otherwise difficult to adopt in countries without industrial traditions."

Bohdan Wojnar, who's also on the board of the Confederation of Industry of the Czech Republic, says people in his country have always been flexible and open to new technologies and trends. Companies in many sectors of the economy have shown a remarkable capability to rise to new challenges.

Among others, Wojnar mentions Czech IT security firm Avast which started out with just two people and now has millions of customers around the globe. And he adds he's thrilled by the renaissance of the famed domestic crystal glassmaking industry, booming again following a long downturn, after learning how to combine centuries-old traditions with modern design requirements and tastes.

Companies in those and other sectors have greatly contributed to the nation's job miracle of late, and — to borrow SKODA AUTO's tagline — the way they've succeeded in recent years has been "Simply Clever."

Rise of automation in the Czech Republic

Prague has always been big on upping the Czech Republic’s nuclear power capacity, but less so on how to finance it. As Brussels looks on with dread, Moscow may be about to ferment more discord on the EU's eastern edges. (17.04.2018)

10 travel tips for the Czech Republic

The Czech Republic is not only worth a city trip to its capital. Between Prague and Pilsen tourists will find historical spa culture, rustic mountain worlds, modern architecture and traditional beer enjoyment. (26.10.2018)

Pilsner is the most popular beer in the world and was brewed for the first time on October 5, 1842. Today, two thirds of all beers bear the "Pilsner" label. It was originally created by a Bavarian in Bohemia. (05.10.2017)