Kosovo′s President Vjosa Osmani: Principled, yet willing to take risks | Europe | News and current affairs from around the continent | DW | 16.09.2021

Vjosa Osmani, the fifth president of the Republic of Kosovo, has just concluded a Berlin visit. So what drives the woman holding Europe's youngest state's highest political office?

Vjosa Osmani was born on May 17, 1982, in Mitrovica to Kosovo Albanian parents. At the time, the town on the Ibar was still part of Yugoslavia, as was the whole of Kosovo. Even before the breakup of the multiethnic state in 1991, Serbian nationalists led by Slobodan Milosevic had succeeded in subjecting Kosovo's Albanian majority population to an oppressive apartheid regime.

Vjosa Osmani experienced the 1999 war, which put an end to Serbian rule in Kosovo, as a teenager. Once hostilities ceased, the UN took over the running of the country. Now a young woman, Osmani moved to the capital, Pristina, to study law. In 2005, she then graduated with a master's degree in law from the University of Pittsburgh in the USA, where she also earned her doctorate 10 years later. The subject of her thesis: "UN Law and the Status of Kosovo." 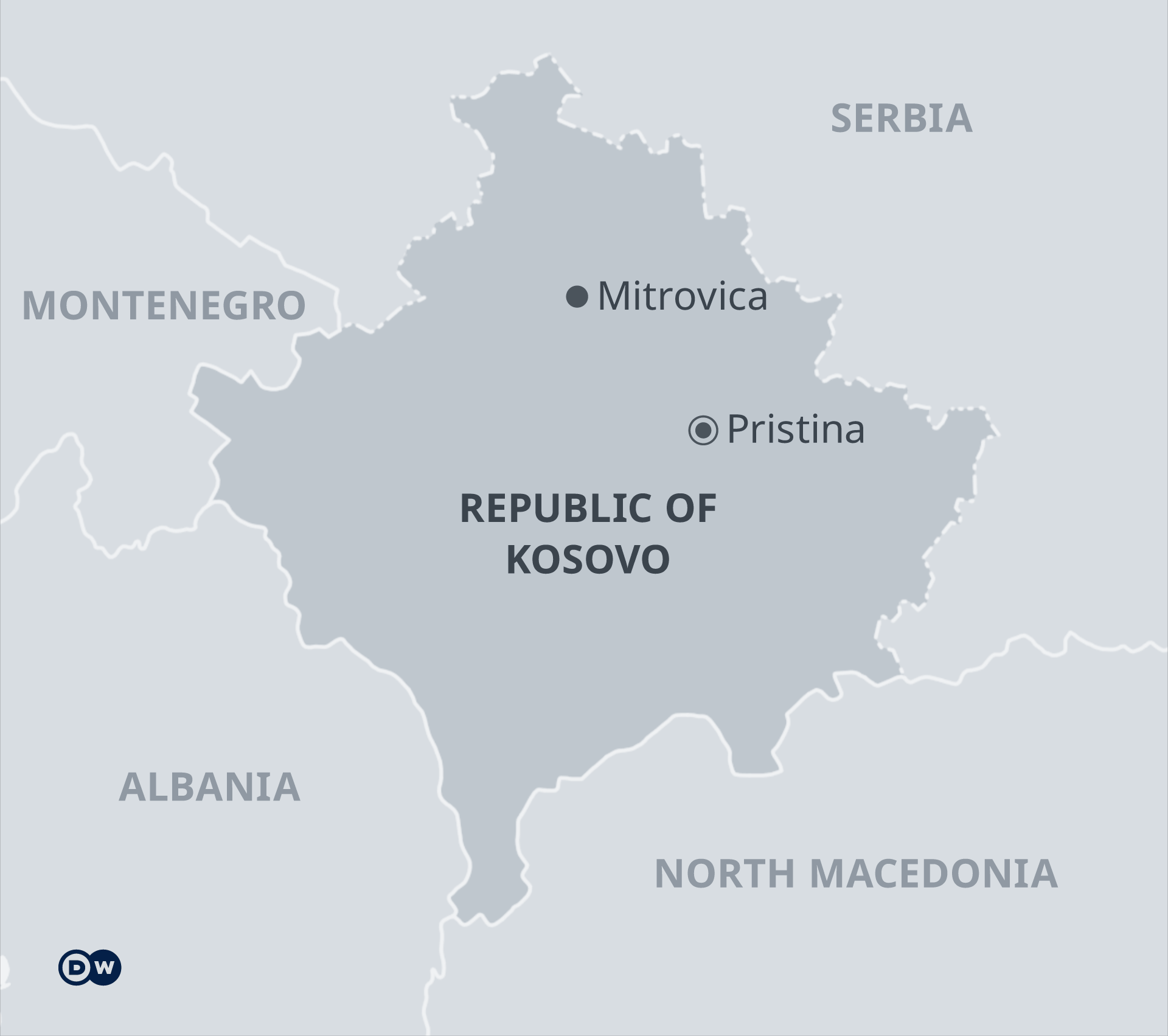 Vjosa Osmani entered the political scene early on as an activist for the Democratic League of Kosovo (LDK) party. In August 2009, she became chief of staff to then-President Fatmir Sejdiu, successor to Kosovo's first president, Ibrahim Rugova, who died in 2006. Rugova, known as the "Gandhi of the Balkans" for his commitment to nonviolent resistance, was elected president of the republic — as proclaimed by the oppressed Albanian population — in underground elections in May 1992.

A lawyer by profession, Osmani advised President Sejdu not only on legal issues but also on foreign policy. By proving the legality of her country's independence in a case brought before the International Court of Justice in The Hague, she successfully concluded what her political role model Rugova had set out to achieve: Kosovo's independence from Serbia.

At odds with the old guard

The longer the LDK and other postwar Kosovar parties — led by war heroes from 1999 —remained in power, the louder the accusations of corruption and nepotism from the population became. Vjosa Osmani shared the people's concerns. Her political adviser Vehbi Miftari says: "She has experienced many political disputes, both within her own party and with her opponents. In the process, she has remained true to Rugova's principles and demonstrated huge reserves of resilience and reliability." 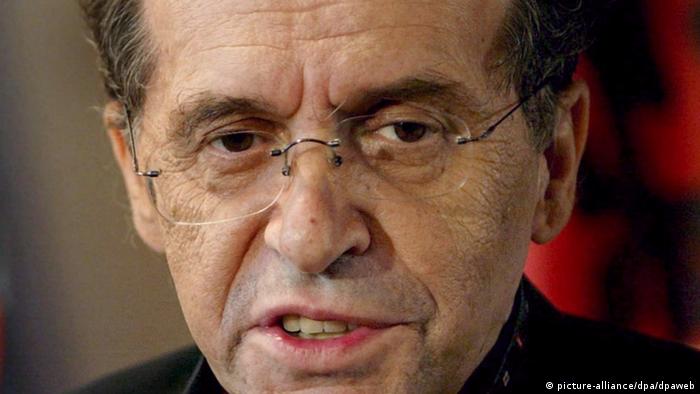 It was only a matter of time before she clashed with the LDK's old guard. In 2014, Osmani publicly criticized former party leader Isa Mustafa for the first time. She could afford to: Of all the candidates in Kosovo, a country with a population of 1.8 million, Osmani had achieved the highest approval rating, receiving 39,911 votes in the parliamentary elections that had just taken place.

In the 2019 elections, the LDK nominated Osmani as candidate for the office of prime minister. In the election campaign, she scored points with an agenda that focused on fighting corruption and economic reform, only to lose the vote to the leader of the leftist anti-establishment party "Self-Determination" (Vetevendosja), Albin Kurti. 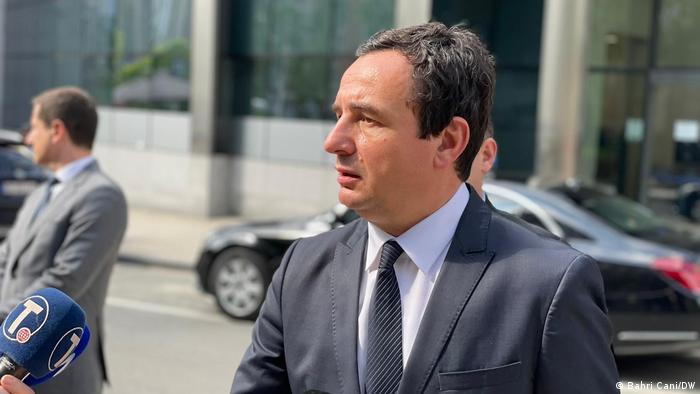 Albin Kurti, chairman of Vetevendosja and prime minister of Kosovo

Faced with Vetevendosja's electoral success, Vjosa Osmani again publicly criticized her party leader, opposing his decision to allow a coalition with Kurti's party to fail. As a result, she was removed as LDK deputy chair and resigned from her long-time party.

Thanks to the large number of ballots in her favor, Osmani had already been elected speaker of the Kosovo parliament by default. According to the constitution, whoever holds this position represents the head of state in his or her absence. When the Kosovo Special Tribunal in The Hague brought charges against the incumbent president, Hashim Thaci, in November 2020, he resigned. This left Vjosa Osmani as acting head of state. 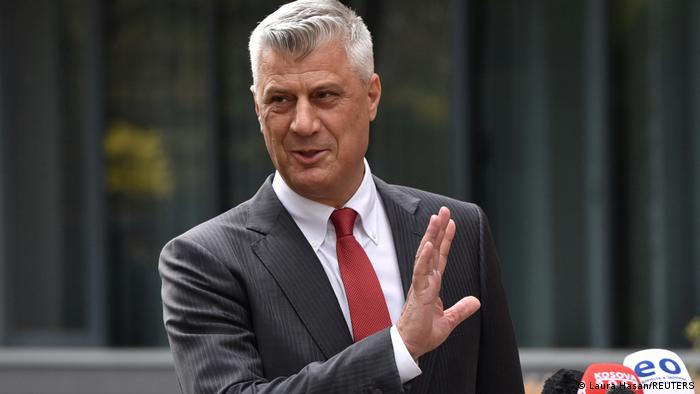 When the first Kurti government failed after only 50 days, President Osmani called new elections for February 14, 2021. She entered the election with her own initiative called "Guxo" ("taking risks"). Osmani had clearly sympathized with Kurti's Vetevendosja during the election campaign, especially on the issue of fighting corruption.

Both parties won landslide victories. Osmani's ex-party LDK lost half its parliamentary mandates in the elections. Party leader Mustafa resigned from office. Since late March this year, politics in Kosovo has been shaped jointly by Guxo and Vetevendosja. The prime minister is Albin Kurti. Vjosa Osmani became Kosovo's fifth elected head of state on April 4, 2021.