The anti-establishment Vetevendosje (Self-Determination) party seems set to win the Kosovo election by a huge margin, after Kosovars braved freezing temperatures and the coronavirus pandemic to cast their ballots. 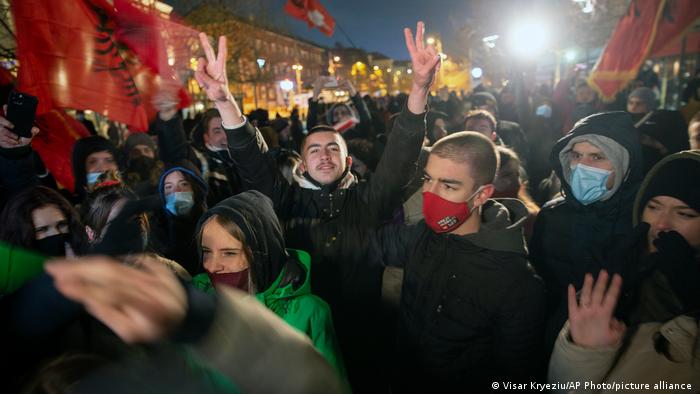 Partial results placed Kosovo's left-wing Vetevendosje (Self-Determination) party ahead of its rivals following the Sunday vote, which was the second parliamentary election in 18 months.

The anti-establishment party gleaned about 48% of the vote, with some 90% of the ballots having been already counted, according to the Central Election Commission. The long-time ruling Democratic Party of Kosovo (PDK) was projected to receive around 17% of the vote, and the conservative Democratic League of Kosovo (LDK) 13%.

Addressing his supporters, Vetevendosje's leader Albin Kurti said that the vote was unlike any other since the 1999 war against Serbia. 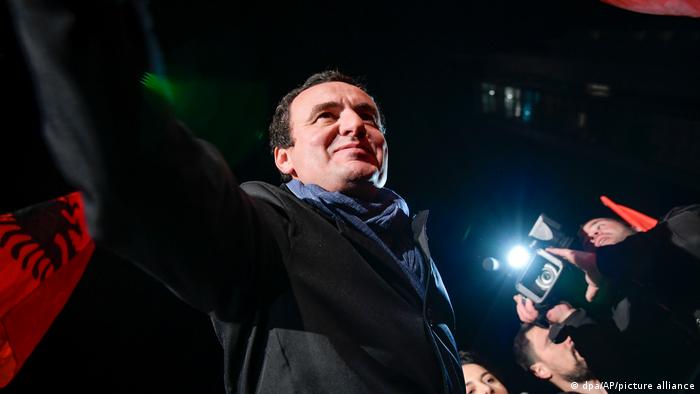 Albin Kurti was once a political prisoner

"This was a referendum for justice and work and against state capture and corruption," Kurti said.

He also said that the stalled normalization talks with Belgrade would be his government's "fifth or sixth priority."

The PDK is currently led by former foreign minister Enver Hoxhaj, after its two top officials, ex-president Hashim Thaci and his close aide Kadri Veseli had to face war crimes charges in The Hague.

Commenting on the outcome, Hoxhaj said that his party will not be part of a new, Vetevendosje-led government.

"The results put Vetevendosje first, it's a clear message, and we, the PDK, have accepted this," he said. 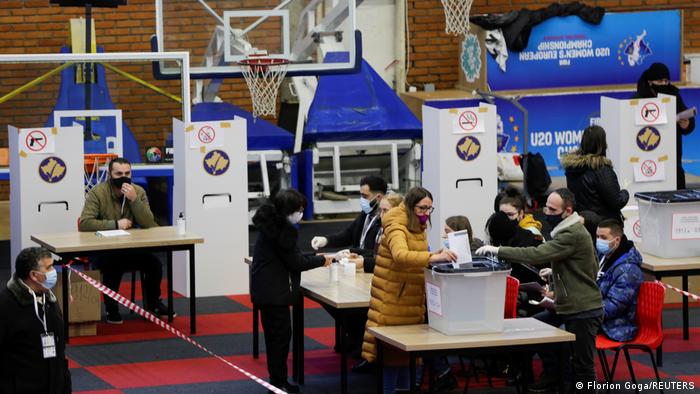 The parliamentary vote was triggered by a court ruilng

Acting Prime Minister Avdullah Hoti from the LDK party said that the outcome of the vote was different than expected.

"As the acting prime minister, I will do to everything to ensure a normal handover of power," he said.

The party has finished first in the previous two elections but both times it was eventually outmaneuvered by other parties who united to form majority coalitions.

The vote was held early because, according to a ruling by the Constitutional Court, the last government was formed through an illegitimate vote in parliament.

The election was held to pick 120 lawmakers from among more than 1,000 candidates from 28 political groupings.

Kosovo's Serbian minority has 10 seats. A further 10 others are allocated to other minorities.

Voters infected by the coronavirus will still be able to cast their ballot through mobile polling teams.

Kosovo declared independence from Serbia in 2008, a decade after a brutal war from 1998 to 1999 between separatist ethnic Albanian rebels and Serb forces.

Most Western nations recognize the country, but Serbia and allies Russia and China do not. Tensions over Kosovo remain a source of volatility in the Balkans.

Negotiations on normalizing ties with Serbia have not featured highly on any party's campaign agenda.

Talks, brokered by the US and the European Union, stalled again last year.