Kosovo: Trying for a normal life in a divided city | Europe | News and current affairs from around the continent | DW | 01.10.2020 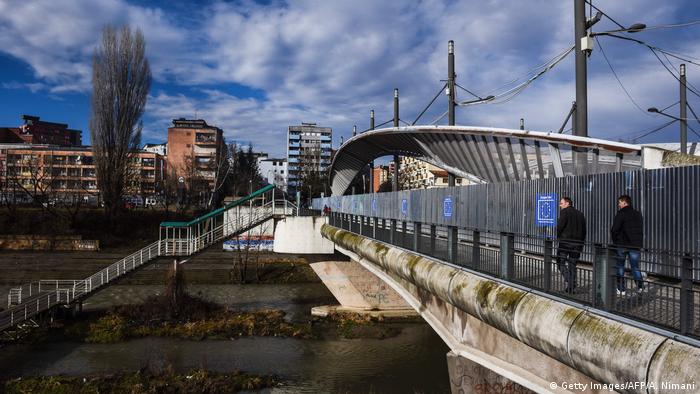 The Ibar River flows through Mitrovica, effectively dividing the city and its inhabitants. Those living on the south side are mostly ethnic Albanians, whereas the north is inhabited mostly by ethnic Serbs.

Few of the city's inhabitants dare venture across the main bridge, which acts as a de facto border and is blocked to vehicular traffic. Heavily armed Italian troops patrol the bridge as part of NATO's international peacekeeping mission Kosovo Force (KFOR).

Twelve years since Kosovo's declaration of independence, Serbia still refuses to recognize the country as an independent state.

And the ethnic Serb minority who live in the north of Kosovo do not recognize the government in Pristina. They have formed their own assembly, which works closely with the Serbian government in Belgrade.

On the northern side of the bridge, men in plainclothes who appear to be casually waiting around in cars carefully observe anyone who crosses from the south to the north. They scowl at passersby, sometimes making rude comments.

Upon arrival on the north side of the river, all trace of Kosovo disappears. Red, white and blue flags featuring the Serbian eagle are everywhere, with no Kosovar flag in sight.

Dhurata Prokshi, a 33-year-old translator, crosses the bridge in this direction every day to work at the courthouse in North Mitrovica. "It's not great to be an Albanian who works in the north," she told DW. But, she said, "the Serbs in the north have the same feelings when they have to go to southern Mitrovica."

Prokshi told DW that she hasn't had any trouble in the year since she started work, explaining that she gets on well with her Serb colleagues. She said it's easy for her to communicate in Kosovo because she speaks both Albanian and Serbian. 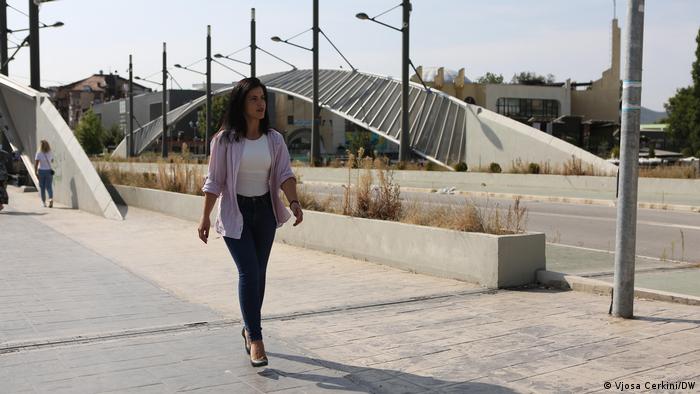 "There are no problems in places like the court if I speak Albanian," she said. "But if I were to order in Albanian in a restaurant or cafe in the north, I'm not sure how people would react."

At the south side of the bridge, a red flag bearing a black eagle — Albania's coat of arms — dominates the entry to this part of the city. There's no Kosovar flag here, either.

Milos Vucinic, a 23-year-old Serb, regularly crosses the invisible border to go south, where he teaches English at an aid organization. He told DW that he used to always be scared when he was in south, but that he was also very curious. "I wanted to find out what life was like in the other part," he said. 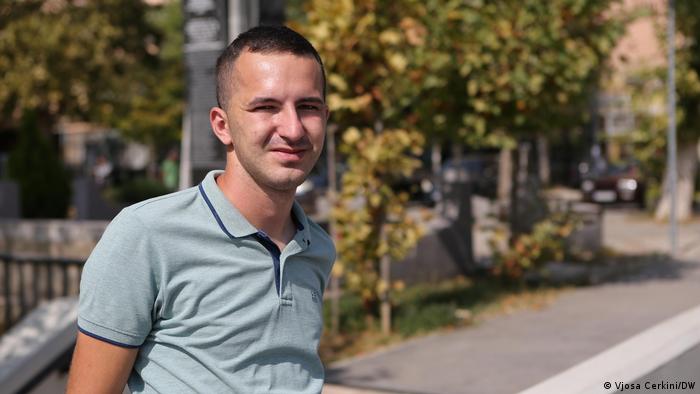 Since he doesn't speak any Albanian, he explained that he uses English to communicate when he's in the south. This also helps to avoid any conflict. "I have some Albanian friends at work, too," he told DW. "I go for a coffee with them from time to time. At first they were surprised when I told them that I had never come to southern Mitrovica before. They showed me around the city, and then also brought me to Pristina."

Vucinic said the young Serbs living in the north are the most affected by the city's division. "They want a life without restrictions, and they want to get ahead professionally, but there are hardly any opportunities in the north. We hope that the future will be better."