KiK: German court rejects Pakistani lawsuit over deadly fire | Asia | An in-depth look at news from across the continent | DW | 10.01.2019

A German court has rejected a lawsuit from Pakistanis against German retailer KiK over responsibility for a factory fire in Karachi. KiK said the blaze was an act of terrorism. Shamil Shams reports from Dortmund. 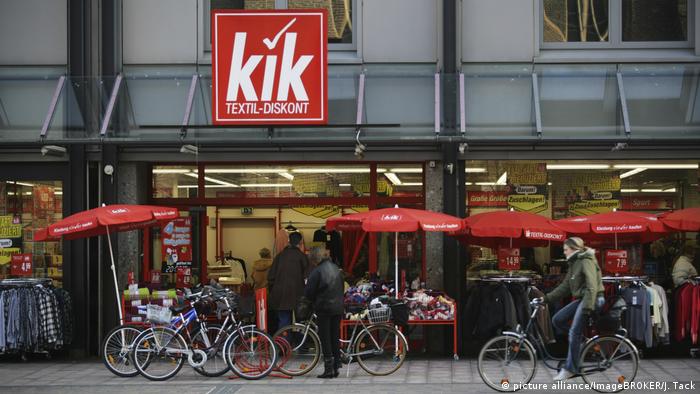 A German regional court in Dortmund on Thursday ruled against four Pakistanis who had sued the German discount clothing retailer KiK for €30,000 ($34,500) each. The plaintiffs said the company should have provided them compensation for the pain they suffered and the death of their family members in a 2012 fire at a clothing factory in Karachi that killed more than 250 people.

Saeeda Khatoon, a Pakistani mother, along with Muhammad Jabir and Abdul Aziz Khan, all lost their sons to the fire. Another plaintiff, Muhammad Hanif, is himself a survivor.

"I am very sad that our voice was not heard by the court. We lost our children in the 2012 factory fire. It seems that nobody cares for the poor workers. It was a decision in favor of the companies. But I will not stop my fight for our rights," Khatoon told DW.

The Dortmund court decided that under Pakistani law, the statute of limitations for the victims' right to compensation had expired.

"We are disappointed because we still believe that under Pakistani law, the statute of limitations was interrupted, which means that the case is not time-barred under Pakistani law," Miriam Saage-Maass, a lawyer for the Pakistani plaintiffs, told DW after the hearing concluded.

What to make of the Dortmund trial involving KiK

Gunther Lehleiter, an attorney representing KiK, told DW that the decision was a "sound ruling" because the fire was a "terrorist incident" and did not result from the factory being in poor condition.

The lawsuit raised the question of whether retailers of cheap clothing could be held accountable for accidents that occur in subcontracted production centers located in developing countries that ostensibly lack safety standards.

The Karachi factory reportedly had only one exit along with barred windows that prevented escape in the event of an emergency. Another one of the plaintiffs' lawyers, Remo Klinger, said before the hearing that KiK had neglected fire safety regulations and hence shared responsibility for the high number of casualties. 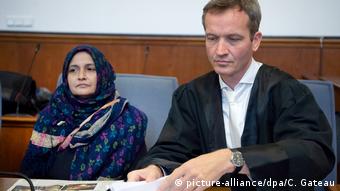 Nine people in Pakistan are also reportedly being sued for the fire that broke out at the Ali Enterprises factory in Karachi on September 11, 2012, after a Pakistani investigation claimed that the fire was an arson attack carried out by a local political party.

Initially, KiK established a $500,000 emergency fund to support victims' families, and was even considering doubling the amount. But it backed out from its promise after the arson accusations emerged.

"KiK didn't cause the fire in the factory and hence doesn't have to pay pain and suffering damages — we're not talking about a cable fire or an electrical short circuit, but a planned attack," the company said.

Regardless of culpability, the factory blaze was able to spread quickly partly because factory owners blatantly violated safety standards, and the emergency exits were blocked or even locked. The incident was dubbed Pakistan's "industrial 9/11."

"The question of liability has not been addressed, which is very regrettable," said Saage-Maass, adding that, however, the debate on supply chain liability in Germany and in Europe has been "seriously advanced."

Nasir Mansoor, general secretary of the National Trade Union Federation in Pakistan, told DW that the "struggle to hold international companies responsible for the situation of workers in our countries will continue."

More than five years since two fatal factory disasters in Bangladesh and Pakistan, the issue of workers' safety in South Asia remains unresolved. It becomes an even bigger issue when European companies are involved. (29.11.2018)