In 2012, more than 250 people died in the fire that engulfed the factory of KiK's supplier in Pakistan. Should KiK be responsible for working conditions in its supplier company? A court in Germany is set to decide. 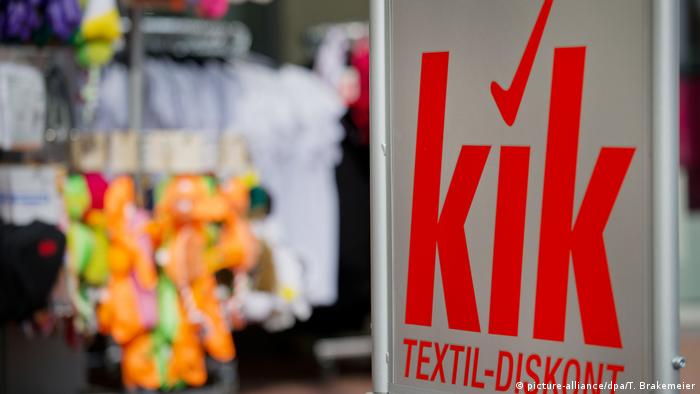 A German regional court in Dortmund on Thursday began proceedings in a lawsuit against discount-clothing chain KiK, which plaintiffs claim is responsible for the deaths of hundreds of people in a factory fire in Pakistan.

In 2012, a fire developed inside the Ali Enterprises textile factory in Karachi, Pakistan, killing 258 people. The factory workers suffocated or burned to death as their escape was hindered by bolted windows and locked emergency exits, with only one open door in the entire building.

The plaintiffs are seeking €30,000 each ($34,000) in compensation for the pain and suffering caused by the fire, and want KiK to be held responsible for the deaths.

The lawsuit sets a precedent for a globally relevant question: Are corporations responsible for the working conditions in their subsidiary or supplier companies abroad?

If the plaintiffs are successful, KiK would be the first German company to be held responsible for a disaster that occurred in the factory of a supplier.

An acronym for 'Kunde ist König' ('The customer is king' in English), KiK is the largest clothing discount chain in Germany.

Before the start of the proceedings, KiK's CEO, Patrick Zahn, told the daily newspaper Handelsblatt that withdrawing production from countries with dubious working conditions "is not an option."

"That wouldn't help the people in those countries at all," he said.

Referring to the 2012 Karachi fire, Zahn said it was a case of criminal arson, not of his company's negligence. "This was not a violation of the company's duty of care," he said.

The lawsuit was presented in 2015 by one survivor and three families of the victims. They claim KiK bears co-responsibility for the inadequate safety conditions in the factory and the consequent deaths.

Shortly after the court in Dortmund accepted the claim, KiK announced it had agreed to pay $5.15 million (about €4.53 million) in damages to those affected by the fire.

However, according to the European Center for Constitutional and Human Rights (ECCHR), which represented the plaintiffs together with Medico International, KiK had refused to pay compensation for the pain and suffering, and didn't acknowledge its share of responsibility in the fire.

Shortly after the fire, KiK had also paid $1 million immediate relief to the survivors and relatives.

Gunther Lehleiter, a lawyer for the company, said recently: "We assume that the court will dismiss the claim due to a statute of limitations."

ECCHR: Why the lawsuit