Turkish scientist Hatice Cengiz was engaged to Saudi journalist Jamal Khashoggi. On October 2, 2018, the couple traveled to the Saudi consulate in Istanbul to pick up a document. Cengiz waited for him in front of the consulate, but Khashoggi never returned.

Bowing to international pressure, Saudi Arabia eventually conceded that Khashoggi had been killed in a "rogue" operation and sentenced five people to 20 years in jail. The Saudi Crown Prince Mohammed bin Salman is said to have ordered the journalist's killing, according to the CIA and the UN. The kingdom has refuted the claims.

Since his murder, Cengiz, who is a Turkish citizen, has been demanding justice for Khashoggi.

Along with the US-based non-profit organization Democracy for the Arab World Now (DAWN),she filed a civil suitin a US court against Saudi Prince Mohammed bin Salman and 28 others for damages over the killing two years ago. Court proceedings are scheduled to resume on November 24.

Deutsche Welle: What do you think about the virtual G20 summit being hosted by Saudi Arabia?

Hatice Cengiz: Saudi Arabia is hosting a very important summit. And even though it's a virtual summit, it legitimizes their actions. We should say that something is going wrong inside Saudi Arabia; there are many Western countries attending.

What happened with Jamal is a really big crime. We don't even know where his body is. No one can understand or accept this. All this is bigger than you and bigger than me and bigger than all of us. We shouldn't allow these killers to continue what they did. 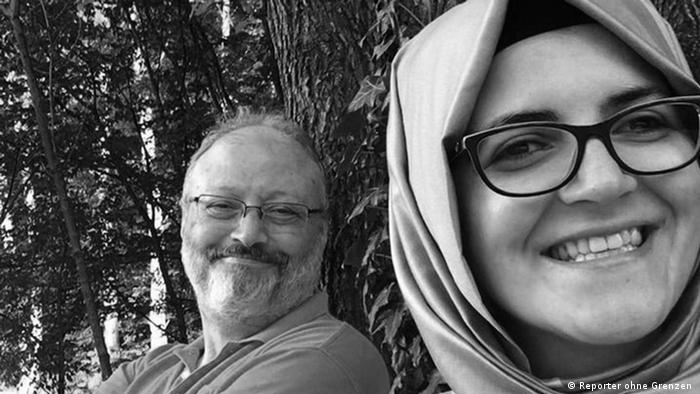 Hatice and Jamal were supposed to get married

When you say that this is bigger than all of us, are you also advocating for the human rights of people like Loujain al Hathloul, who is still in prison in Saudi Arabia like many other activists?

Yes, of course. That’s what I mean. Jamal will not come back to us and we will not be able to continue our lives together. But there is some hope for people like Loujain al Hathloul and other political prisoners in Saudi Arabia. When we are talking about this issue, we are also talking about them. It is important that international media continue to shed light on those cases. I have hope for them. I have hope for their lives. 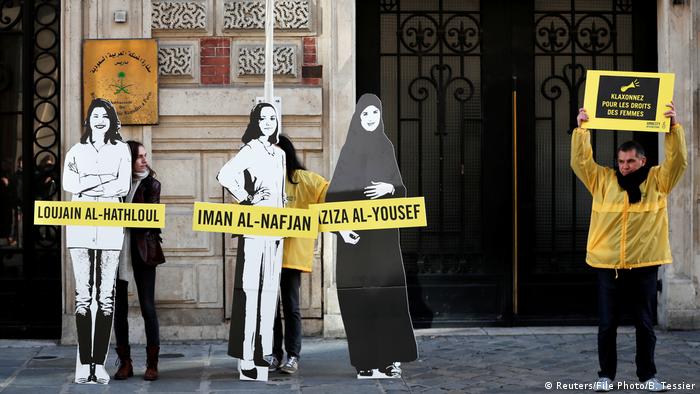 Do you think that the world forgot about Khashoggi's murder?

That we are talking about this case means a lot. It means we did not forget this crime. The governments around the world couldn't punish those responsible. But we are working on it and seeking justice. I have hope. We don't have a chance to forget this crime. If Jamal was still alive, he'd be happy to see what is happening.

It's been two years since your fiance was killed. You are seeking justice ever since. How do you feel today?

I am also seeking justice in the United States, in Turkey and around the world. And it was necessary to do it in the United States because Jamal was living in the US. And I have a right to file a case against the killers. But was I planning to become a fighter? No, I wasn’t. I am doing what I feel. And I feel a very big pain in my heart. I want to respect myself as a person. But I wouldn’t be able to find this respect if I didn’t do anything.

Some people call you the biggest opponent to Mohammed bin Salman. Do you see yourself as his opponent?

Saudi Arabia has damaged its reputation as a Muslim country. I think that’s a shame. I didn't have a choice. But I'm not working against the Saudi people. I love the people. But what happened is not acceptable. Yes, Sometimes I am afraid. It's an unusual thing that I am doing. I am talking about the crime and the killers every day.

What do you expect the world to do in Jamal Khashoggi's case?

Do not forget what happened with Jamal. We shouldn't allow those killers to get away without any punishment. Do not allow these guys to do more harm in the future. The world should speak up for human rights in the Middle East, because I think that the people in the region have a right to speak their minds. They shouldn’t have to travel abroad to talk freely. We have a chance to change our future. This is what I am looking for, this is what I'm hoping for.

The Bahraini activist has played a critical role in bringing to light human rights abuses in Bahrain and the Middle East region. He was sentenced to five years in prison for tweeting criticism of Saudi's war in Yemen.