Kenya needs to step up efforts to recycle e-waste

Kenya generates over 44,000 tons of electronic waste (e-waste) each year — items such as old laptops and phones that end up polluting the environment. There is no law regulating such waste. Rhoda Odhiambo reports. 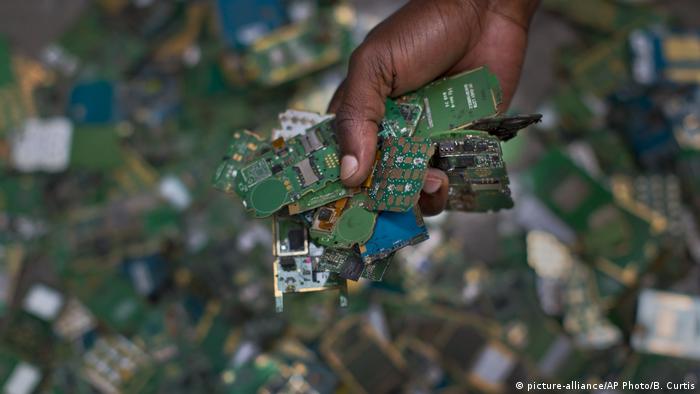 Nairobi River used to be a pleasant sight, but it's become a dumping ground for all sorts of electronic waste, or e-waste. Along with plastic bottles in the water, this is exposing Kenyans to severe health risks as the chemicals seep into the water and find their way to crops that people eventually consume.

Kenya's government recently banned plastic bags to clamp down on pollution, but it still hasn't agreed on a policy on how to manage e-waste. A proposal has been languishing on the shelves in parliament since 2013. One of the three plants in all of Kenya licensed to handle e-waste is in Nairobi's Utawala neighborhood.

General Manager Boniface Mbithi says a large proportion of e-waste at the Waste Electrical and Electronic Equipment site comes from government facilities. Most private citizens usually just dispose of their e-waste in dustbins, on the streets or in gardens or even dump it into a water body.

"The biggest challenge we have in e-waste management in the country is lack of awareness," Mbithi said.

"Most people do not even know what e-waste stands for," he told DW, adding it was a challenge to get people to properly dispose of e-waste.

"We are actually operating below our capacity," he said.

According to a recent study by the United Nations Environmental Program (UNEP), Kenya generates over 44,000 tons of e-waste annually.

Hazardous compounds found in this waste have been linked to strong neuro-developmental and behavioral effects, especially in children.

Health risks may result from direct contact with harmful materials such as lead, cadmium, chromium and other hazardous substances or from toxic substances that subsequently accumulate in soil, water streams and food.

Reluctant to part with e-waste

Sometimes, people don't even want to get rid of their toxic e-waste and would rather keep it at home, says Collins Wambugu, who repairs laptops and phones. In most instances, his clients want to go back home with their e-waste — and he says he doesn't have any choice but to comply. 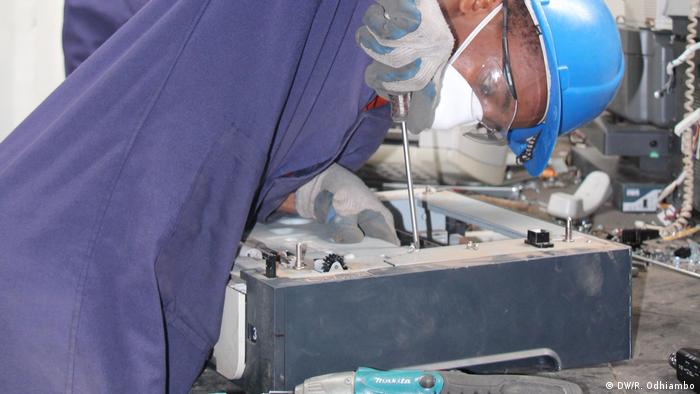 "Those dead batteries belong to the client, so if he wants [to keep] them, I will just have to give them to him," he said.

Sometimes, they might sell him some of their waste later. If he's in need of spare parts, he goes from door to door to see if someone is willing to sell an item he can make use of.

Kenya's Director of Public Health, Kepha Ombacho, has acknowledged there has been a failure to foresee e-waste would become such a great public health concern.

Ombacho is now calling for more research into how other countries deal with e-waste — and hopes this will provide information on how the problem can be tackled in Kenya.