More than 70 lawmakers have urged the UK government to ensure the Wikileaks founder faces Swedish justice if a rape inquiry is reopened there. The Australian is also wanted in the US over a leak of government secrets. 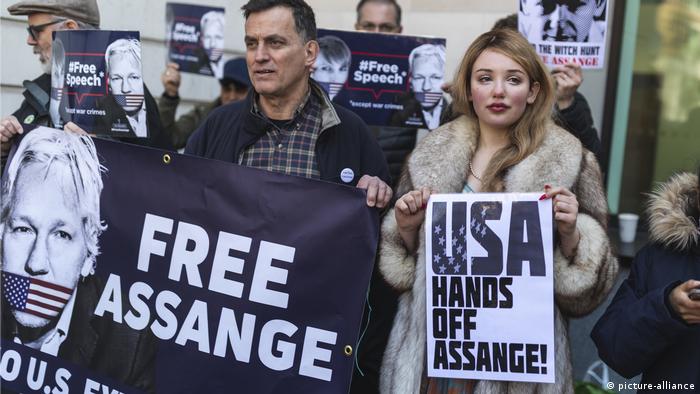 A group of British politicians has urged the British government against prioritizing Wikileaks founder Julian Assange's extradition to the United States.

More than 70 MPs and peers — mostly from the opposition Labour Party — wrote to Home Secretary Sajid Javid calling for the 47-year-old whistleblower to be extradited to Sweden if Swedish prosecutors reopen a rape inquiry against him.

In the letter, the MPs and peers urge the minister to "give every assistance to Sweden should they want to revive and pursue the investigation."

Assange was arrested on Thursday after Ecuador withdrew his political asylum and permission to stay at the country's London embassy.

The Australian had been holed up there for seven years to avoid the Swedish rape allegation, which he denies, along with charges for skipping bail in Britain, and a US indictment relating to a massive leak of Pentagon documents.

The lawmakers' letter said that the rape charge was only dropped due to the Wikileaks founder's unavailability and that Swedish prosecutors were considering reopening the case.

"The allegation of rape has a limitation period which expires in August 2020," warned the letter signed by Labour MP Stella Creasy and dozens of others.

Noting that other sexual assault allegations in Sweden against Assange were already time-bound due to his asylum, the MPs warned: "There is a serious risk that if the UK does not give every cooperation to any renewed request by Sweden, there could be a further injustice." 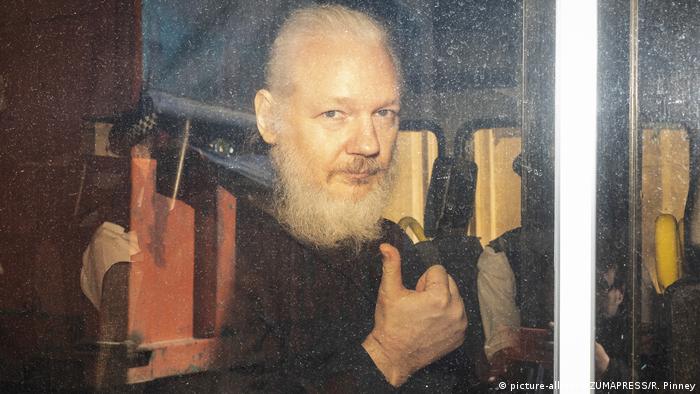 The British MPs also noted that while Ecuador had warned British and US officials that they would rescind Assange's asylum, Swedish authorities were kept in the dark.

Corbyn warned on Friday that Assange should not be extradited "for exposing evidence of atrocities [by the US military] in Iraq and Afghanistan."

The letter was copied to Diane Abbott, Labour's home affairs spokeswoman, who has separately cautioned that agreeing to the US extradition request "would be wrong" because Assange was acting as a whistleblower. She said a request by Swedish authorities, however, shouldn't be ignored.

After weeks of rumors of his possible expulsion from Ecuador's embassy, Assange is now in London's high-security Belmarsh Prison waiting to be sentenced for up to a year for jumping bail in Britain and for the US extradition request to be processed.

The Wikileaks founder claims the Swedish allegations against him were politically motivated and a pretext for his transfer to the US over the Pentagon leaks.

If Britain receives competing extradition applications, lawyers say the Home Secretary would have some leeway in deciding which takes priority. Considerations would usually include which request came first and which alleged crime was more serious.

The US extradition case is set for May 2, although the country has until June 12 to submit full extradition papers.

Sweden, meanwhile, has tapped prosecutor Eva-Marie Persson to look into whether the reopening of the rape inquiry can be pursued.

WikiLeaks has raised concern after Arjen Kamphuis, an associate of founder Julian Assange, went missing in Norway. The cybersecurity expert was last seen in northern Norway on August 20. (02.09.2018)

Two German parliamentarians have become Julian Assange's first visitors in the Ecuadorean Embassy in London since March. The Left party members say the WikiLeaks founder must be protected from extradition to the US. (20.12.2018)