Chelsea Manning has been jailed for refusing to testify to a grand jury in an investigation involving WikiLeaks. The former US military analyst said she had already answered the questions during her 2013 court-martial. 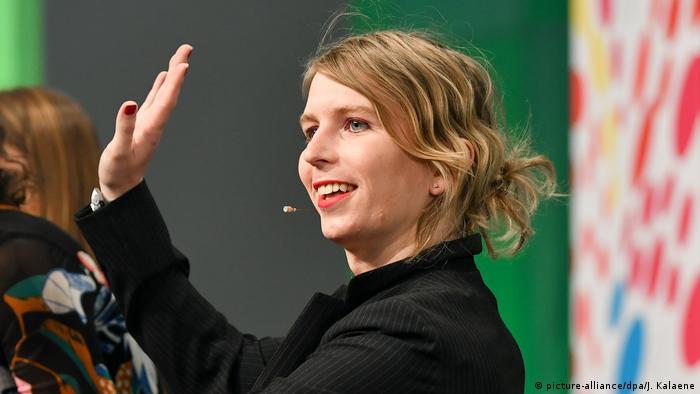 Chelsea Manning was arrested on Friday for refusing to answer questions in front of a grand jury in a case involving the whistleblower website WikiLeaks.

"Chelsea Manning has been remanded into federal custody for her refusal to provide testimony" to the grand jury said a statement from The Sparrow Project, a group that supports Manning.

Judge Claude Hilton, who is overseeing the case, said [Manning] would be held indefinitely "until she purges [herself] or the end of the life of the grand jury," the Washington Post newspaper reported.

A spokesman for the US attorney in the Alexandria, Virginia, federal court confirmed her detention. He added that the judge ordered her detention not to punish her but to force her testimony.

'I will stand by my principles'

The move came after Manning refused to answer questions before a secret grand jury trial earlier this week that is investigating actions by WikiLeaks and its founder Julian Assange.

In a statement posted on Twitter on Thursday, Manning said she expected to be detained for her refusal to answer questions.

"All of the substantive questions pertained to my disclosures of information to the public in 2010 — answers I provided in extensive testimony during my court-martial in 2013."

She added that she is prepared to face the consequences and that her legal team will continue fighting against the secrecy of the legal proceedings in the WikiLeaks case.

"In solidarity with many activists facing the odds, I will stand by my principles. I will exhaust every legal remedy available," she said.

Manning, a former US military intelligence analyst, became known around the world after she delivered over 700,000 classified documents to WikiLeaks in 2010.

The documents contained information on US military actions during the wars in Iraq and Afghanistan. She became renowned as a whistleblower, with the leak helping to make WikiLeaks a massive player in the global anti-secrecy movement.

She was sentenced to 35 years in prison in 2013, but her sentence was later commuted by then-US President Barack Obama, leading to her release in May 2017.