After being released from jail in Venezuela the right-wing journalist immediately slammed the German government. His father thanked Russia for helping in the case. 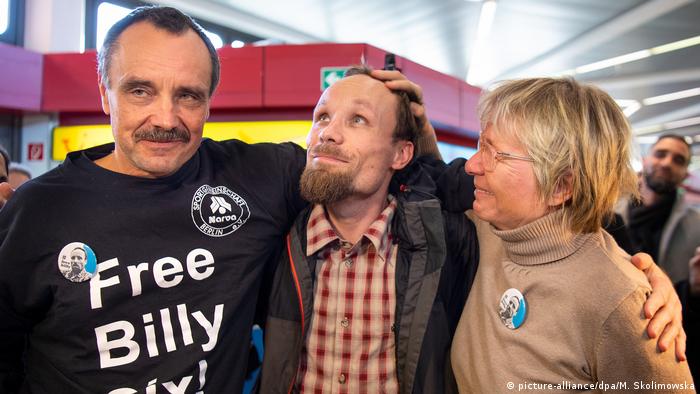 "Above all, I'm deeply shocked that the German Embassy in Caracas not only let me down, but did everything it could to bury me alive ultimately leave me to rot. And that's something I'm still trying to wrap my head around, that my main opponent was not the dictator of Venezuela, but rather the German government."

His father, Edward Six, announced that the family would take legal action against the German government, saying: "The government has done nothing, it has refused to help him."

His father expressed his gratitude to Russian Foreign Minister Sergey Lavrov, saying "he provided the last push so that he [Billy] would be released quickly."

Six had been jailed in Venezeula  for four months, accused of espionage, rebellion and security violations.

The freelance journalist writes for right-wing conservative publications and has reported from numerous conflict areas including Libya, Ukraine and Syria.

He was arrested while allegedly crossing into Venezuela from Colombia and then transferred to a military detention center.

Six was traveling to the region to report on the crisis in Venezuela.

Billy Six has walked out of a Venezuelan prison, where he spent the past four months following accusations of spying. However, the German journalist must continue to report to authorities. (16.03.2019)

Reporters Without Borders has still not been granted access to German reporter Billy Six — nor has his family. After five weeks' detention on unclear charges, the press freedom group says no news "is bad news in itself." (22.12.2018)