US President Joe Biden's aides have launched a "robust" review of the controversial Guantanamo Bay detention facility. Biden is seeking to shut the US military prison before the end of his term. 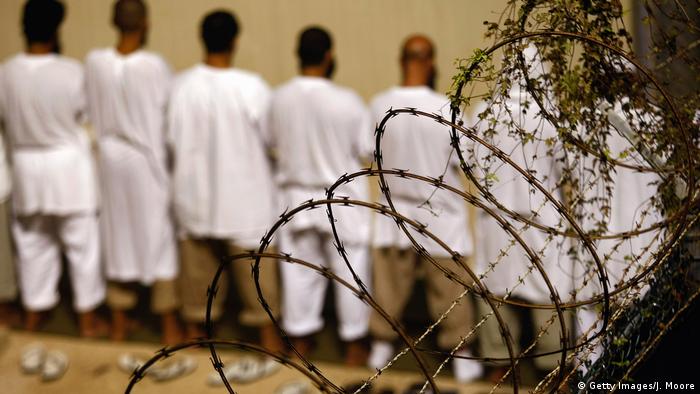 There are still 40 prisoners at the Guantanamo detention facility

The Biden administration on Friday launched a formal review of the United States military prison at Guantanamo Bay in Cuba, as the president aims to shut down the controversial facility before leaving office.

White House Press Secretary Jen Psaki told reporters that it was the administration's intention to close the prison, something former President Barack Obama had vowed to do within a year after he was first elected in January 2009.

The Obama Guantanamo closure policy was reversed by Donald Trump when he took over the presidency in 2017.

While the White House gave no timeline, Psaki said the review would be "robust" and would need the participation of officials from the Department of Defense, the Justice Department and other agencies, that are yet to be appointed under the new administration.

"There are many players from different agencies who need to be part of this policy discussion about the steps forward," she said.

The high-security facility was set up to detain foreign suspects after the terrorist attacks on New York and Washington on September 11, 2001.

It has since been known to be synonymous with the excesses of America's "war on terror" due to the interrogation techniques, which human rights advocates say amounted to torture.

"We are undertaking an NSC process to assess the current state of play that the Biden administration has inherited from the previous administration, in line with our broader goal of closing Guantanamo," National Security Council spokeswoman Emily Horne told Reuters news agency.

"The NSC will work closely with the departments of Defense, State, and Justice to make progress toward closing the GTMO facility, and also in close consultation with Congress," she said.

Guantanamo currently houses only 40 prisoners, including five who were cleared for release through the Obama-era review process.

ICYMI: Feel-good stories from around the world 26m ago

Deutsche Bahn to spend €12.7 billion on infrastructure and digitalization 58m ago