Richard Wagner and the Jews

The composer wrote antisemitic essays, but some Jewish artists played a special role in his life. Wagner's relationship with Jews remains a topic of debate. 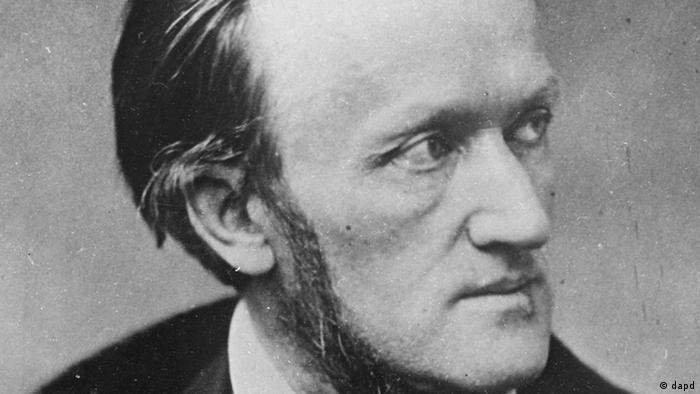 Every year in summer, over 60,000 Wagner fans from within and outside Germany visit the Bayreuth Music Festival. Anybody who wanders in the park on the festival premises is bound to stumble upon the Nazi history of the place.

On one side stands the big bronze Wagner bust by Nazi sculptor Arno Breker, on the other, commemorative plaques for all artists who were persecuted during the Third Reich. Most of them were Jewish. 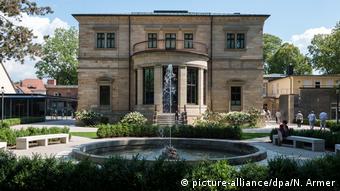 The Wagner Museum is located in the composer's former residence, Villa Wahnfried

"Nobody debates the fact that Wagner was vehemently antisemitic," says Sven Friedrich, director of the Richard Wagner Museum in Bayreuth. He has dedicated a whole floor of the museum to the composer's ideological history.

Adolf Hitler was not even born when Richard Wagner died on February 13, 1883, but the ideological connection between the two remains a subject of academic research. It is well documented that Hitler was fascinated by Wagner's music and that he instrumentalized it for his ideological purposes. The Nazi leader was also a welcome guest at Wagner's son Siegfried and his wife Winifred's home.

But whether Wagner's antisemitism had an influence on his music and whether there are figures caricaturing Jews in his operas is ongoing topic of debate. "There are no clues in either Wagner's writings or the diaries of his wife Cosima about Wagner having such an intention," says Wagner expert Sven Friedrich.

Whether figures on stage reflect prevailing stereotypes or physical features used to represent Jews is a question of interpretation, Friedrich points out.

Was for example the character Beckmesser in Wagner's Die Meistersinger von Nürnberg designed as a caricature of a Jew?

At the Bayreuth Festival 2017, Barrie Kosky — the first Jewish director to stage a work at the festival — played on this idea, exaggerating the stereotypical features of the character. 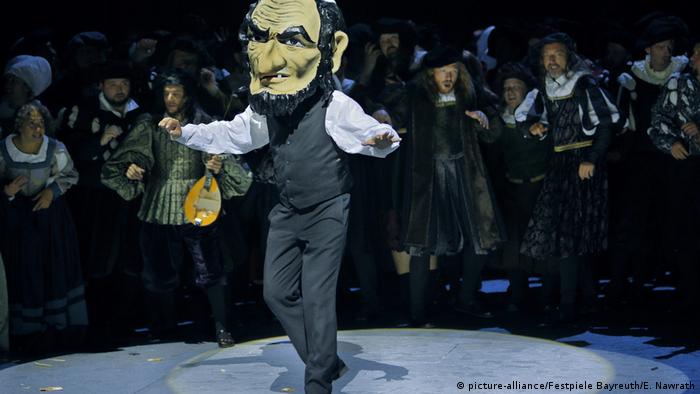 Current research further analyzes the era and the social context of Wagner's antisemitic views. For example, a symposium called "Marx and Wagner - Capitalism and German feeling" held at the Deutsches Historisches Museum in Berlin in April compared the composer's views with those of the philosopher Karl Marx. In their youth, both spoke against capitalism and against the "Geldjuden" (literally, "Money Jews"), a disparaging name for affluent Jews.

Wagner and antisemitism in the 19th century

In the course of history, Jews' rights were often restricted; they were allowed to practice only certain professions, and prohibited from settling down in many places.

In the spirit of the French revolution's rallying call, "Liberty, Equality, Fraternity," Napoleon passed a law in the beginning of the 19th century that accorded Jews equal rights as French citizens.

In Germany however, there were no uniform regulations until 1871, when the constitution of the German Reich specified the rights of Jews. Richard Wagner was angered by the changes.

Two decades earlier, Wagner had written the essay Das Judenthum in der Musik (Jewishness in music) under a pseudonym.

In this piece first published in 1850, he attacked Jewish artists. He said that Jews had never had their own art and therefore, never a life of artistically viable content. Jews could only "repeat like parrots" and imitate other artists. In that, they were however very successful, he said. 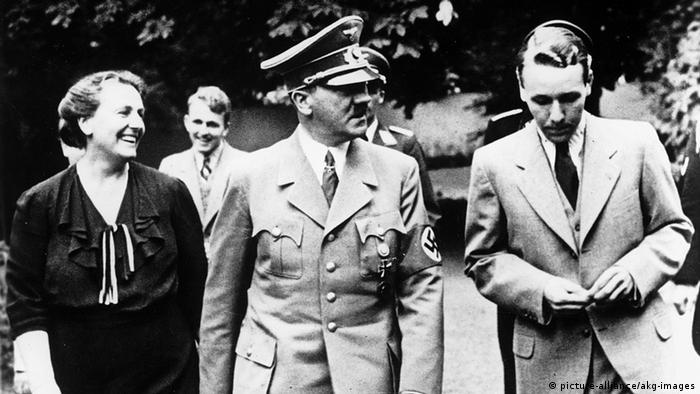 Best friends with Hitler? Wagner's grandson and daughter-in-law with the Führer

Wagner also warned against the so-called "assimilated" Jews, who inserted themselves in the society of a nation. This, he felt, caused fear among nationalist and conservative citizens.

"This was an important impulse for the myth that in the background, there was a Jewish power that wanted to take control," says Sven Friedrich. Wagner advocated that Jews be driven out of Germany. In Judaism, which for him personified the unity of industry and capital, he saw the reason for the downfall of culture and politics.

However, there were many people of Jewish faith who were supported by Richard Wagner and his musical projects. Some of them, like the Jewish poet friend Heinrich Heine, were even revered by the composer. He justified his fascination saying that Heine understood how to caricature the Germans.

German operettist Giacomo Meyerbeer was a Jew who was one of Wagner's early supporters and who had introduced him into Parisian society. But Wagner later destroyed his reputation, claiming that as a Jew, Meyerbeer could not write real music. One could assume personal spite also played a role in his attacks against Jewish composers. 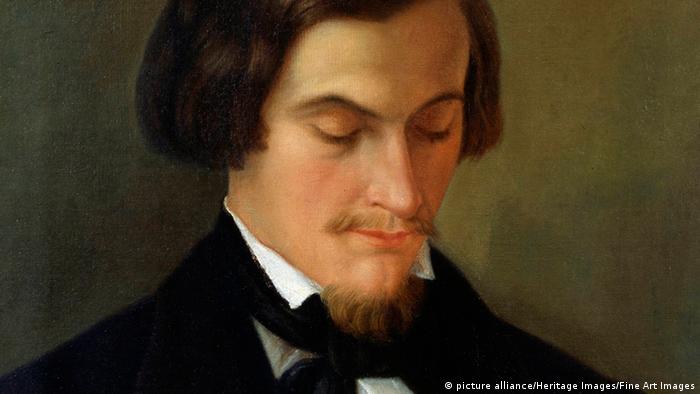 Wagner developed fatherly feelings for the young Jewish piano virtuoso and student of Franz Lizst, Carl Tausig, and invited him to live at his place. Later, Tausig helped realize the cycle of Ring des Nibelungen for the Bayreuth Festival. Many Wagner associations were created to finance the project and Tausig also sold patronage certificates to collect money.

The new festival theater also featured the Bayreuth orchestra and Hermann Levi, the conductor of the royal court opera of Ludwig II of Bavaria. He was greatly respected by the Wagners, but the son of a Rabbi and refused to get baptized as a Christian, leading to disputes with Wagner. Jewish pianist Joseph Rubinstein, who worked as an arranger for the composer, was similarly affected by Wagner's antisemitism. 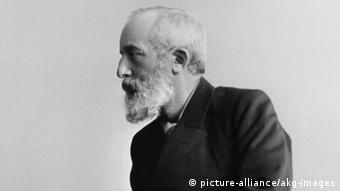 Hermann Levi's Jewish heritage made him an outcaste

The Wagners and Hitler

Wagner's children grew up with his antisemitic legacy. Some of his family members critically engaged with the subject, while others followed Wagner's sentiments. His daughter Eva married the English publicist Houston Stewart Chamberlain, whose nationalist writings fed the ideologies of the Nazis.

His son married an Englishwoman, Winifred Williams, who admired and supported Adolf Hitler. The latter, on his part, ensured that the Bayreuth festival could be held in even during the first years of World War II.

It is believed the Hitler did not know Richard Wagner's antisemitic writings, but that he was compelled by Wagner's famous idea of the Gesamtkunstwerk, or complete work of art, in which text, music, theater and architecture came together under his direction.

However, that is only one aspect, says museum director Sven Friedrich. "Wagner's idea also encompassed the great aesthetic community of creators and viewers," as well as the merging of all societal discourses — politics, economics and religion — in art, he explains. In his 1849 essay, Das Kunstwerk der Zukunft (The work of art of the future), Wagner wrote, "In the work of art, we will all be one."

An overarching design was also the idea of the Nazis, Sven Friedrich says: uniformity and homogeneous masses, with the Führer at the top.

"At that moment, when antisemitism — and later also racial antisemitism, which Wagner also adopted — becomes an integral part of a cultural theory, it also becomes one of the basic questions of German national identity," Friedrich explains.

"And that is actually the scandalous connection between art and theory of art and antisemitism. This is how antisemitism in Germany got its particular driving force, up to the Shoa," he adds.

These are complex correlations, which Sven Friedrich wants to demonstrate in the Wagner Museum. "We also owe it to the victims of the Shoa that we don't stay fixed in a superficial mode of confession, but that we engage with this ideological history seriously and in suitable measure."