7 facts about Richard Wagner, his music and his misadventures | Culture | Arts, music and lifestyle reporting from Germany | DW | 24.09.2021

7 facts about Richard Wagner, his music and his misadventures 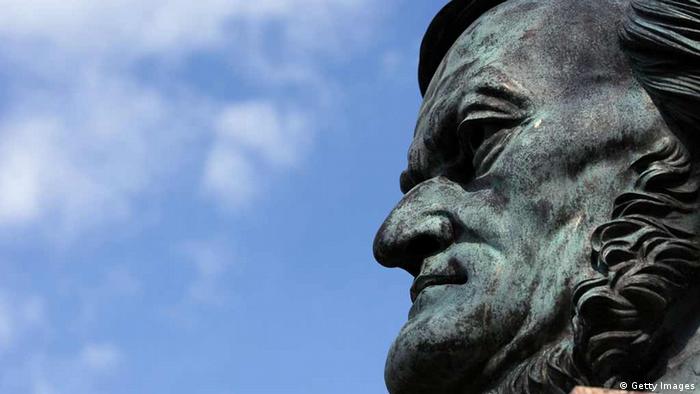 This statue of Richard Wagner in Bayreuth was made by sculptor Arno Breker, who also worked for the Nazis

1. Convinced of his own genius

Born in Leipzig on May 22, 1813, Wilhelm Richard Wagner was convinced early on of his own genius, despite a music teacher once supposedly saying he used to "torture the piano in a most abominable fashion."

Wagner wrote his first dramas as a schoolchild, and he would go on to write the libretti — the texts for an opera — for his operas himself, which was highly unusual at the time. To him, text and music always went together, with music serving the drama.

In his quest for the perfect stage for his "musical dramas," he built his now famous Festival Hall in Bayreuth. Today, it hosts the annual Bayreuth Festival. drawing both local and international audiences. 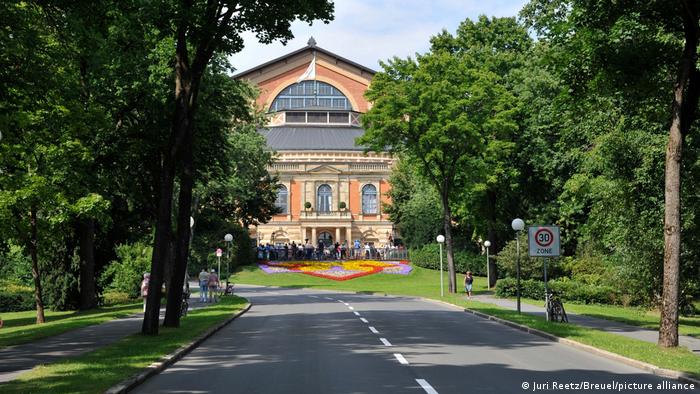 2. Always on the run

Wagner was constantly on the run, often in an attempt to flee his creditors. He frequently took off to foreign countries. One such flight saw him and his wife flee for London by sea. The journey helped inspire one of his operas, Der fliegende Holländer (The Flying Dutchman). Another anecdote says he gave Viennese tax investigators the slip by dressing as a woman.

His political activities also got him into hot water. In 1848, while in the eastern German state of Saxony, he joined the revolutions against the political order that were unfolding across Germany. Accused of treason, he sought refuge in Zurich, Switzerland, for many years until he was pardoned by the emperor.

Later, in 1865, when protests broke out against the extravagance of his patron, King Ludwig II of Bavaria, Wagner again hotfooted it to Switzerland.

From 1859 onwards, Wagner had his works printed by the international Schott Music publishing house. As he was often short of money, he demanded previously unimaginable sums in advance payments, including for The Ring of the Nibelung, his massive four-opera cycle, before even a note of it was written.

The first performance of The Ring, as the cycle is often called, in Bayreuth was a disaster from a financial point of view. In the long run, however, its success proved Wagner right and also filled Schott's coffers. Wagner had his entire catalog published by Schott and drew significant composers from his circle to the publishing house.

Strong women were often featured in Wagner's operas, though strength didn't refer to women's emancipation but rather to their sacrificing themselves for the sake of the men they love.

The real women in his life were also strong yet devoted to him. He lived apart from his first wife, Minna Planer, who disliked his antisemitic stance and his extramarital affairs. His second wife, Cosima, daughter of the composer Franz Liszt, adored him and shared his antisemitic views. Twenty-four years his junior, she did not think much of women's emancipation, despite being strong and educated herself.

After Wagner's death, Cosima continued to run the Bayreuth Festival. She was "recognized and revered by a patriarchal male world," said Sven Friedrich, director of the Wagner Museum in Bayreuth.

This year, Ukrainian conductor Oksana Lyniv will be the first woman conductor at the yearly festival, which began in 1876. 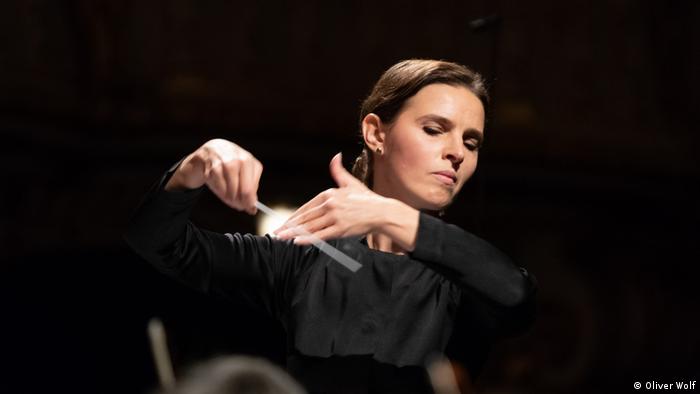 Creating history: Oksana Lyniv will stand at the conductor's podium at this year's Bayreuth Festival

5. An antisemite with Jewish patrons

Antisemitism was widespread in mid-19th century Europe. In 1850,Wagner published his antisemitic pamphlet "Das Judenthum in der Musik," or Judaism in Music, using a pseudonym; he published a later version using his own name in 1869. In it, he notoriously denied Jews creative abilities, implied that they were foreign to the cultures they lived in and also wrote that they posed a threat to national identity. Wagner also voiced his support for the idea that Jews should abandon their Judaism or be eradicated.

Nevertheless, he maintained contact with prominent Germans of Jewish heritage and was not averse to Jewish fans and donors financially supporting his Bayreuth Festival.

While his sociopolitical views were clear, experts still argue whether there are Jewish characters in Wagner's operas who are caricatured or denigrated and whether his music is antisemitic.

Wagner had the idea of a "Gesamtkunstwerk " or "total work of art," in which he strove to synthesize text, music, direction and stage design. The late 19th century was a time when national unity seemed threatened by political restructuring, internationalization and the onset of industrialization, so the idea of the Gesamtkunstwerk also took on a sociopolitical dimension.

Wagner envisioned a community based on aesthetic principles that existed outside the real world and its discourses on politics, economics and religion. In his essay The Artwork of the Future, he stated, "Through artwork, we will become one."

The longing for German unity as a "cultural nation" later helped the Nazis make inroads into bourgeois society. In the end, however, they used art to further their ideology and propaganda. 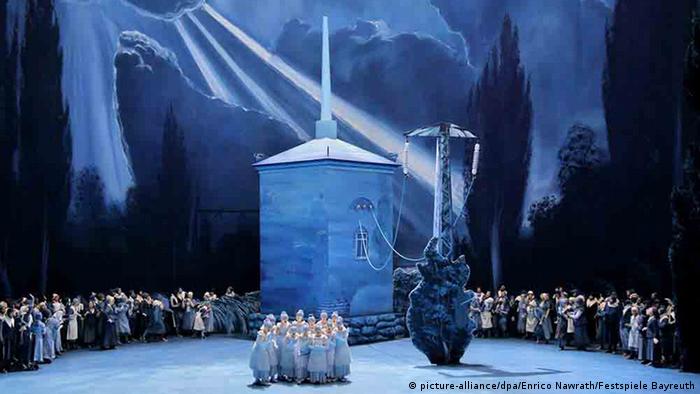 For Wagner, his musical dramas had to be 'a total work of art' combining text, music, direction and stage design

Taking almost 16 hours to perform, The Ring is a cycle of four epic music dramas in which the hero fights against power and deceit for a better world. The social parable, based on Germanic legends, has also been interpreted as a critique of religion.

The four individual operas — The Rhinegold, The Valkyrie, Siegfried and Twilight of the Gods — call for a large orchestra and 34 soloists, making the cycle one of the most extensive musical works for the stage.

Richard Wagner died in Venice on February 13, 1883. After his coffin arrived in Bayreuth, it was buried to the sounds of the funeral march from the Twilight of the Gods in the garden of the Wagner home, Villa Wahnfried. To this day, Wagner's The Ring of the Nibelung continues to be reinterpreted and staged in modern settings around the world.

Translated from the German by Brenda Haas

Concerts, exhibitions and festivals worldwide have been called off due to the corona crisis. Now the Bayreuth Festival 2020 has been canceled as well.