Endless books, films and TV series have traced the life of Hitler. But filmmaker Hermann Pölking shines a new spotlight on the dictator via the frank testimony of Hitler's contemporaries. Here's what some said.

"All his relatives considered him to be a no-hoper who shied away from all hard work," said boyhood friend August Kubizek of Adolf Hitler. "He was the darling of his mother and adored her the same," commented Hitler's Jewish family doctor. "If Adolf wanted something, he got it - mostly at the expense of others," noted sister Paula Wolf.

These telling impressions of a young Adolf Hitler are among countless quotes from contemporaries of the dictator that make up the much-anticipated documentary, "Wer war Hitler" (Who Was Hitler). The seven-and-a-half-hour TV series premiered this week at the Munich Film Festival.

Using no narrator or talking heads, and sparse additional information, writer and director Hermann Pölking retraces the life of Hitler - from his birth in 1889 in upper Austria to his suicide in Berlin 1945 - entirely from statements made by companions, enemies, victims and observers. 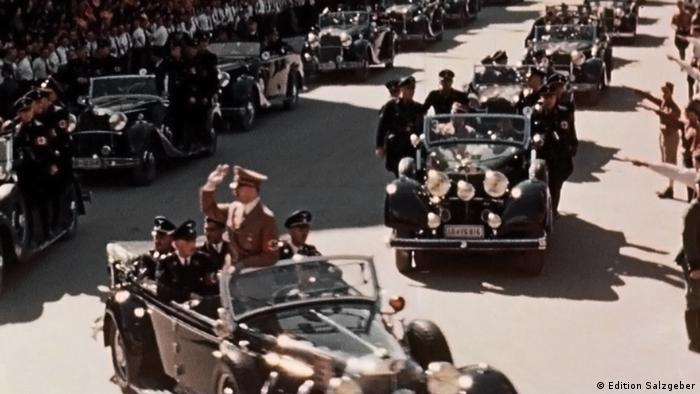 The festival version of the film is 7.5 hours long

Pölking catalogued 120 archives in 14 countries and reviewed 850 hours of footage in an effort to create a unique, up-close portrayal of the evolution of the 20th century's most infamous historical figure. The hundreds of quotes were recorded by 125 speakers.

At over seven hours, the film is extremely long and demanding - which is why a shortened three-hour cinema version is planned. But the endurance required is rewarded through a fascinating montage of rarely-seen archival film material. 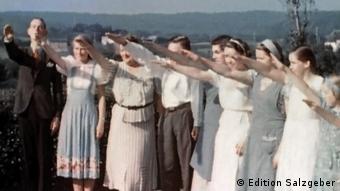 "Hitler Youth" - archive footage used in "Who was Hitler"

Pölking has dedicated himself to such monumental projects for decades, including his 12-part series from 2005, "Die Deutschen von 1815 bis heute" (The Germans from 1815 to the Present). He began research for "Who Was Hitler" in 2014 by initially searching more than 800 books for suitable quotations related to Hitler before delving into archives around the world to find related film footage and photos.

"Who Was Hitler" follows the same principle as Pölking's book of the same name (published in 2016), which includes 17 collections of quotes forming 17 chapters that each deal with a part of Hitler's life.

Although the footage used is taken from the time portrayed (with a maximum deviation of two years), the imagery often only has an incidental connection to the actual quotes.

This technique gives the film some memorable but also questionable moments - for example, shots of naked women combined with quotations related to Hitler's body. 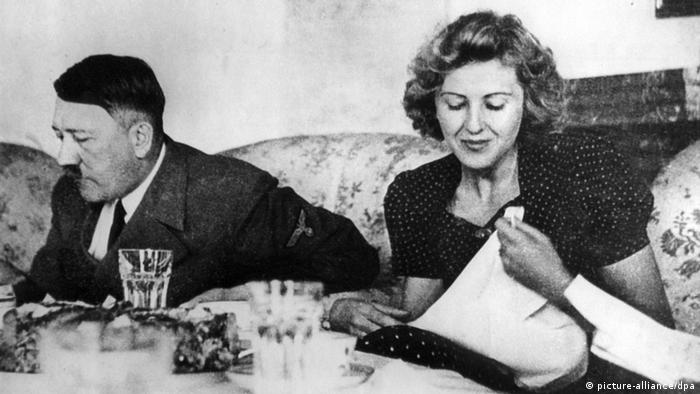 They did not appear as a couple in public: Adolf Hitler and companion Eva Braun

But other scenes successfully utilize such contrast to bring out some telling irony, like when boys play with toy soldiers as a quotation is read in which Hitler promises that "Germany will never break the peace of its own accord." It's also oddly fitting when the outbreak of war is accompanied by footage of two newly-weds canoeing on the Oder River.

Much of the film material is horrifying: People starving in death camps in Warsaw; piles of corpses in concentration camps; Jewish people being shot to death in a line. Even more cruelty comes via scenes of a family idyll, a scene bursting with life as children play in a garden that is backgrounded by a quote from Primo Levi recalling his journey to the Auschwitz concentration camp. 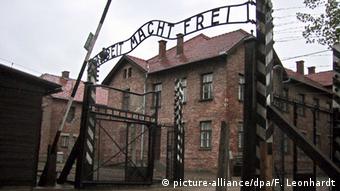 Entrance to the Auschwitz concentration camp

"All took leave from life in the manner which most suited them," said Levi. "Some praying, some deliberately drunk, others lustfully intoxicated for the last time. The mothers stayed up to prepare the food for the journey with tender care, and washed their children and packed their luggage; and at dawn the barbed wire was full of children's washing hung out in the wind to dry. Nor did they forget the diapers, the toys, the cushions and the hundreds other small things which mothers remember and which children always need. Would you not do the same? If you and your child were going to die tomorrow, would you not give him to eat today?”

The filmmaker almost completely avoids showing crowds screaming for Hitler at one of the latter's many mass rallies. Overall, the film is surprisingly noise-free: the silent footage is discreetly overdubbed with music as Hitler's populist chest-thumping falls into the background and Hitler's true self shines through.

Pölking's personal conclusion on Hitler is predictably scathing: "Hitler was a great liar, a very talented actor who lied without inhibitions; a man capable of self-suggestion, from which he would build his willpower - the most dangerous combination you could imagine."

The 35th edition of the Munich film festival has opened with Claire Denis' "Let the Sunshine In." An epic new Hitler documentary and Sofia Coppola's "The Beguiled" also await. (23.06.2017)

The death of "Butcher of Prague" Reinhard Heydrich - one of the most feared men in the Third Reich - meant the Nazis lost a key organizer of terror. Was he an ideological zealot or careerist aiming to be leader one day? (03.06.2017)

Open the lid on Nazi Germany and you're bound to be shocked. The level of abuse against humanity was devastating. But as German author Norman Ohler describes in "Blitzed," the Nazis were self-abusers too. (07.04.2017)