Nazi art on show: Is Germany ready to look again?

Recently unearthed works by Hitler's favorite sculptor, Arno Breker, are now on show in Berlin. Is there a new readiness to address Nazi-era art in Germany? 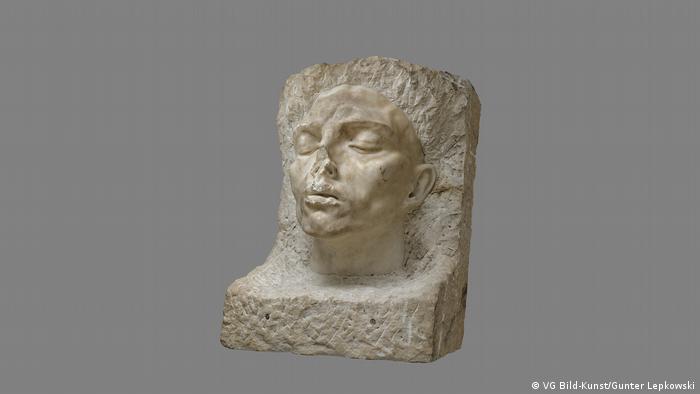 The public display of two recently discovered lost works by Hitler's favorite sculptor, Arno Breker, at Kunsthaus Dahlem is the latest in a line of exhibitions that indicate a new willingness in Germany to address and sensitively display Nazi-era art.

Art commissioned by or purchased under the National Socialist regime has long been the dirty secret of many German museum and gallery collections. Institutions have avoided putting this art on display for fear of appearing sympathetic to the Nazi cause, glorifying their ideology or creating a point of assembly for neo-Nazis.

Many of these fears were borne out in 1974, when the Frankfurt am Main exhibition "Art of the Third Reich — Documents of Oppression" was met with protests, petitions and criticism from both ends of the political spectrum before it even opened its doors. 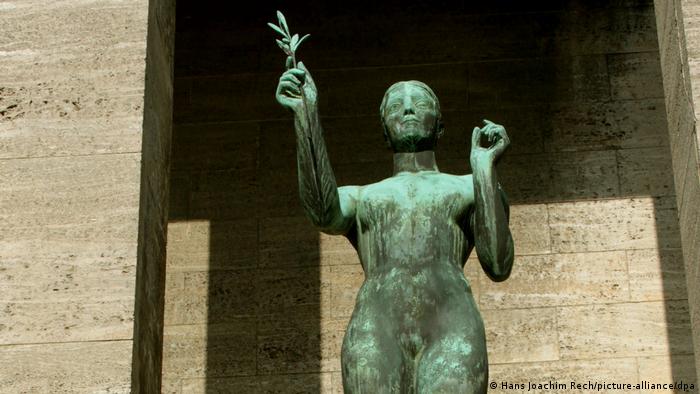 Arno Breker created sculptures for the 1936 Olympic Stadium in Berlin, such as 'The Victress'

Thousands of artworks kept in storage

Nearly five decades later, the taboo of the Nazi regime's art lingers as thousands of works still lie in storage, unseen for decades.

Berlin's Deutsches Historisches Museum, for example, has 340 paintings and more than 7,000 graphic prints produced at the request of the German Wehrmacht during World War II in long-term storage.

Some can be seen online in a searchable archive of 12,550 artworks that were offered for sale in eight Nazi-sponsored "Great German Art Exhibitions," held in Munich from 1937 to 1944.

How Germany deals with its past

However, a number of recent exhibitions have started to put these "problematic" works on public display, alongside biographies of the artists, details of their involvement with the Nazi regime and the specific history of the works.

One of the earliest of this new wave was "Tradition and Propaganda — a review" mounted at the Museum im Kulturspeicher in Würzburg, Bavaria in 2013. The exhibition addressed the founding of the museum's collection in 1941 under National Socialism and the numerous artworks still in their holdings from that period, including Nazi favorites Hermann Gradl and Ferdinand Spiegel and many others bought at the "Great German Art Exhibitions."

Curator Bettina Kess' proposal to deal with the history of the museum was met with enthusiastic support from Würzburg's mayor and council, but some caution from the Museum im Kulturspeicher. Fears that the exhibition would attract neo-Nazis did not materialize, however. The museum's visitor numbers doubled. 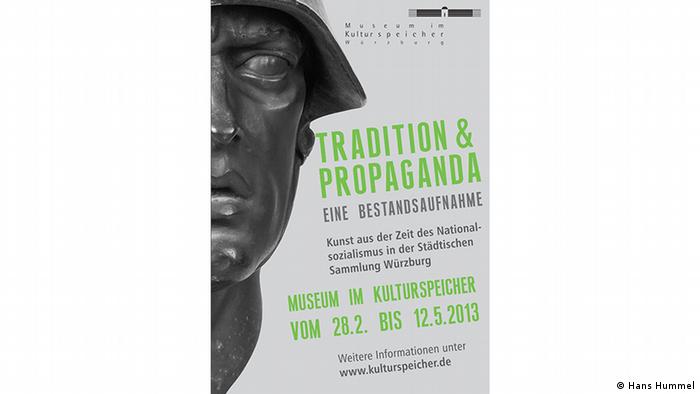 Kess, an art historian, museum consultant and author of a book on the subject, told DW she wanted to show that "art was a very important part of this oppressive regime: You can start with the past and draw a line to the present with these works, allowing more informed discussion of current problems."

Museums reflecting on their Nazi connections

Other institutions have taken a similar approach in addressing the Nazi connections in their own collections. In 2012, the Haus Der Kunst in Munich, which was the venue for the "Great German Art Exhibitions," mounted "Histories in Conflict: Haus der Kunst and the Ideological Uses of Art, 1937-1955," while in 2016 the Hamburger Bahnhof contemporary art museum hosted "Neue Galerie: The Black Years, Histories of a Collection 1933-1945."

On display until November 1 at Kunstmuseum Stuttgart is "The Dream of a Museum 'Swabian' Art," an exhibition focusing on the museum's origins under National Socialism and the history of its acquisitions. 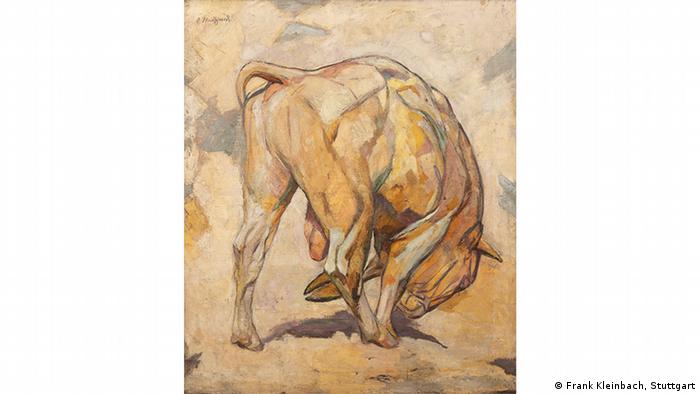 Arnold Waldschmidt, the painter of this work on show at the Kunstmuseum Stuttgart, knew Hitler personally

Art by Hitler's favorite sculptor dug up by construction workers

The two Arno Breker sculptures currently on display in Berlin were left buried in the garden of the artist's state-built studio since World War II.

In 2015 the property became Kunsthaus Dahlem, an institution dedicated to postwar German modernism.

After the two partially carved marble heads were discovered by construction workers laying new pipes this summer, the team at Kunsthaus Dahlem surmised that the works had been hidden underground since American occupying forces vacated the property in 1945.

Generally accepted as Hitler's favorite sculptor, Breker received the highest number of commissions from the regime, among them sculptures for the entrance to the New Reich Chancellery and the 1936 Olympic Stadium. Despite this and his Nazi party membership, he managed to somewhat revive his career after the war before his death in 1991. 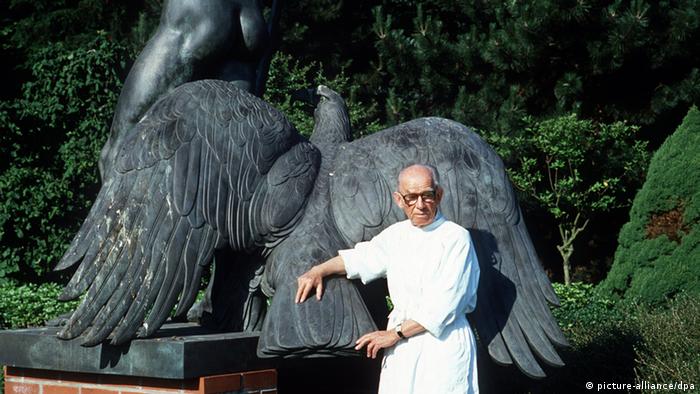 Sculpture of Roma man created as Roma were deported, murdered

One work on display in Dahlem has been identified as "Romanichel," a version of an earlier work by Breker. The oversized male head with closed eyes (see picture at the top of the article) is a portrait of a young Roma or Sinti man Breker met in Paris in the 1920s, the subject of numerous works by the artist. Breker's choice to make this version in 1940, the same year thousands of Roma or Sinti people were deported and murdered in concentration camps by the Nazis, is as yet unexplained.

The works are displayed on the same wooden pallets that were used during their conservation, with Kunsthaus Dahlem's artistic director Dorothea Schöne telling DW she wanted to present them simply as "two found sculptures." "I do not want this space to become a Breker exhibition space. Breker is controversial. A larger museum might be able to better deal with that past, but we could not do that with only the capacity to show up to 30 works." 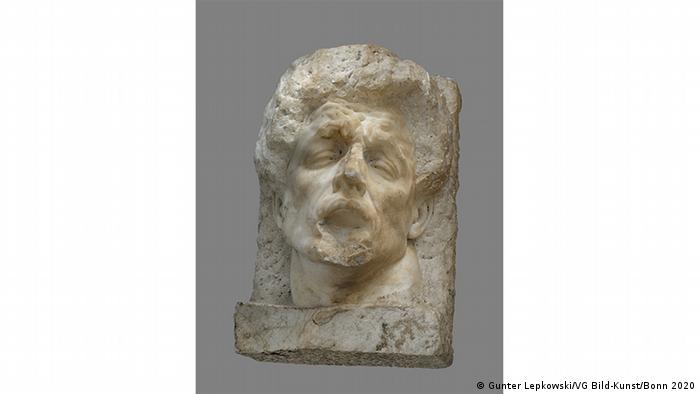 The second sculpture discovered buried in the gardens of Kunsthaus Dahlem

So far, the exploration of Nazi-era art has been limited to museums and galleries exposing the Nazi past of their own collections, rather than as part of a broader, national project in the spirit of "Vergangenheitsbewältigung," or working through the past.

However, with a new generation of curators, researchers, art historians and gallery directors at the helm there is hope that Germany is ready to finally look at these works and understand more fully how the Nazis weaponized art.

"We are starting to benefit from a younger generation who don't have such emotional ties to that period," said Dorothea Schöne. "They have a more neutral approach to the topic."

The Arno Breker sculptures are on display at the Kunsthaus Dahlem until January 15, 2021.

A museum for a Hitler supporter?

A new museum is to be built in the Lüneburger Heide region in northern Germany, linked to the Bossard art center. Its founder was an anti-Semite and Hitler supporter. Critics fear it will attract right-wing extremists.