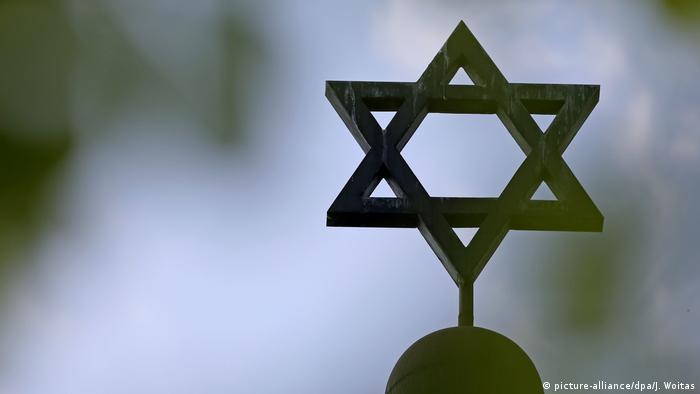 Jewish people in Munich suffered two anti-Semitic attacks within days of each other, police and a Jewish group announced on Tuesday.

On Saturday, a rabbi and his two sons were spat on and verbally abused by a man and a woman on their return from the synagogue, according to the police. Police are investigating the two unknown suspects for hate speech and insult.

And on Monday evening, a member of the Jewish community found someone scrawling a Star of David (a Jewish symbol that was also used by Nazis to segregate Jews in the Holocaust) in the stairwell of their apartment building, according to Charlotte Knobloch, president of the Jewish Community for Munich and Upper Bavaria.

"Safety in public spaces, which should be a matter of course for all citizens, is becoming a more distant prospect, especially for members of the Jewish community," said Knobloch. At a time when hatred in parliament, in society and on the Internet has "increasingly become the background noise of our coexistence," it is no longer surprising that anti-Semitism is becoming so widespread, she said.

According to the Bavarian Anti-Semitism Research and Information Centre (RIAS), 72 anti-Semitic incidents have been reported in the southern German state of Bavaria since April — 35 from state capital Munich alone. RIAS says such attacks are just the tip of the iceberg. "The number of unreported cases is high, because many cases do not become public," director Annette Seidel-Arpaci said.

Bavaria's Interior Minister Joachim Herrmann said he strongly condemned such anti-Semitic incidents. He was confident that the identity of the perpetrators would be established. He encouraged the members of the Jewish community not to be intimidated. "We want self-confident Jewish life in the public sphere! We want the Kippa to be worn on Bavaria's streets as a matter of course."

Bavaria's Anti-Semitism Commissioner Ludwig Spaenle called it an "attack on the entire Munich city society." The Protestant Munich regional bishop, Susanne Breit-Kessler, said on Twitter: "It is shameful that something like this is happening in our city."

Similar incidents have been reported across Germany in recent weeks. In Berlin, two men speaking Arabic insulted and spat on a rabbi. In Potsdam, a man wearing a kippa was attacked in the same way by a Syrian. And in June, in Hamburg, the State Rabbi Shlomo Bistritzky and a board member of the Jewish community were spat on.

Read more: Rabbi spat on and cursed at in Berlin

Jews are at risk in Germany, says Jewish council

Germany's central Jewish council has weighed in on the anti-Semitism debate, saying the security situation for Jews has "deteriorated" in major cities. Israel's president has expressed concern over the situation. (26.05.2019)