Anti-Semitism a growing concern for majority of Europe's young Jews

Young Jewish Europeans believe anti-Semitism is on the rise in their countries. An EU report shows young Jews are concerned about safety and blame social media networks for a rise in anti-Jewish sentiment. 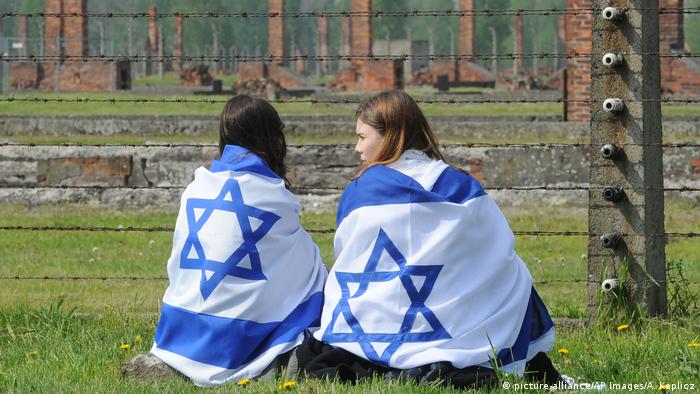 More than 80% of European Jews aged 16 to 34 strongly identify with being Jewish, and an equally high number of respondents believe anti-Semitism is a growing problem in their countries.

According to the "Young Jews in Contemporary Europe" report by the EU's Agency for Fundamental Human Rights (FRA), close to 90% of those surveyed think that anti-Jewish sentiment has risen on social media channels and the internet in general in the last five years.

The report comes amid a rise in anti-Semitic crimes in Germany, with the country's anti-Semitism commissioner, Felix Klein, cautioning Jews against wearing the yarmulke — or kippah — in public.

What the EU Commission says:

"Antisemitism is a threat to our European values. This is why we made fighting it a priority and work closely with member states to ensure they are fully part of our union," EU Justice Commissioner Vera Jourova said in a statement.

"We owe it to all Jews, and particularly future generations, to erase this blot once and for all through coordinated action at the EU and national level," he said in a statement.

Police are investigating the incident as an anti-Semitic crime. Germany's anti-Semitism commissioner says the rise in such crimes is "alarming." (20.06.2019)