Japan′s social influencers find ways to get around coronavirus crisis | Asia | An in-depth look at news from across the continent | DW | 16.06.2020

Japan's social influencers find ways to get around coronavirus crisis

Fashion and travel social media influencers have used the global shutdown to take stock, devise new ways to better communicate with their followers – and make big plans for when the world gets back to normal. 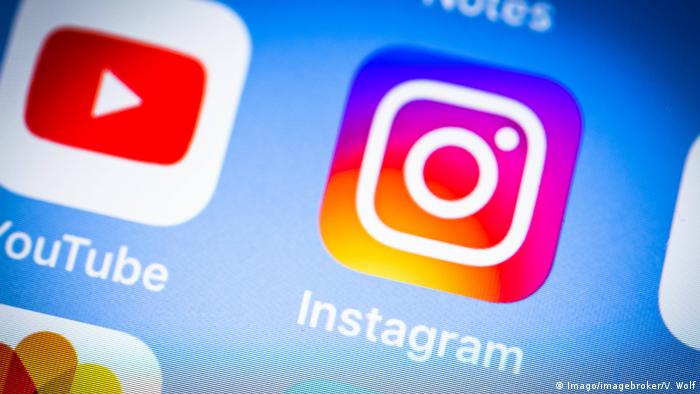 The outright ban on international travel and restrictions on taking trips within Japan as a result of the coronavirus have dealt a harsh blow to social influencers and others who used their social media presence to promote destinations, hotel brands and travel equipment and accessories. It has been a similar situation for Instagrammers, Tweeters and Flickr users in the fashion sector, with the world's major runway events and season launches either on hold or cancelled.

For some of Japan's most-followed influencers, it has been a chance to both take a much-needed break from the constant pressures of work and also an opportunity to take stock, to examine alternative ways to reach out to followers and to prepare to ramp up their offerings just as soon as the restrictions are lifted.

Read more: Coronavirus: Is working from home becoming the new normal in Japan?

"It was not a full lockdown, but because all of Tokyo was on pause, most of our schedules had to be cancelled, including all the events related to the Olympic Games," said Noah, a South Korean model, DJ and influencer who works alongside his Japanese partner, Taiki.

"All we have been able to do for the last few months is live shows and feeds of us on Instagram," he said. "But as soon as the COVID-19 situation settles down, we plan to make an appearance to meet-and-greet our fans."

Taiki and Noah have around 60,000 followers on Instagram and are planning to develop their social media presence to other platforms to expand that fan base. They are also considering creating a new agency that will serve as a "launch platform"for up-and-coming models.

"We have taken this enforced time off as a good chance to breathe and reboot," Noah told DW. "So Taiki and I started looking through old portfolios, collections and just reminiscing about us being in the spotlight."

Motivated to do better

"That has really motivated us to want to do even more and to be even better," he said. "What we desire has become even stronger, and that is how we came up with the idea for a YouTube channel in order to be more interactive with our fans."

Arguably Japan's most unusual – and oldest – fashion influencer is "Silver" Tetsuya, a retired school teacher who now has a smallholding in Akita Prefecture, one of the most rural areas of northern Japan, and who regularly uses it as the backdrop for his fashion shoots.

At the old age of 85, Tatsuya has done more than 20 fashion shoots and posted them on Instagram and Twitter. His Instagram site has well over 100,000 followers –and added 10,000 new devotees in a single day after a recent shoot. Tetsuya affectionately refers to them as his "students."

"Before the coronavirus pandemic, I guess I had the impression that people were only interested in fashion for going out, but I am glad that I have been able to use my social media sites to send a message that encourages many people," he said.

Tetsuya released a book in March, shortly before the coronavirus restrictions were imposed, that has been snapped up by his followers and has earned rave reviews on Amazon. The book was written with Naoya Kudo, his 30-year-old grandson, who works in advertising and was the first to convince his grandfather to be a little more daring with his fashion choices.

Whether it's Kudo's photos, Tetsuya's natural insouciance in front of the lens or the clothes, or a combination of all three – his "look" has caught the imagination.

In one recent shoot, he wore a long, black jacket cinched at the waist with a D&G belt, purple tracksuit bottoms and a black aviator-style hat. Other outfits have included a baggy black T-shirt emblazoned with a skull motif matched with orange shorts, a leather bag at his waist and a baseball cap. Or tight black-and-white striped trousers paired with a tiger striped shirt and a Russian-style hat with fur ear-warmers pulled down.

"I think there were a lot of elderly people and their families who were worried because old people are particularly susceptible to the coronavirus," he added. "But I think they have been encouraged because of me, and I plan to keep this up."

Things have been even harder for travel influencers who have found their wings clipped by the coronavirus crisis.

Kazuto, a 29-year-old YouTuber from Hokkaido in northern Japan, has had to put his domestic camping trips on hold, but has got around that particular problem by pitching his tent and setting up a stove inside his home.

Kazuto told the Mainichi newspaper that while he could not light a fire in his living room, the experience was nearly as enjoyable as being in the great outdoors.

Robert Poole, a prolific traveller, photographer and Instagrammer, says he should have been on a trip to Rwanda and Uganda right now, but that the project has been put back for a full year.

"I came back to Japan in March for some projects linked to the Tokyo Olympic Games. I was planning to follow the torch relay around the country for a few months and then go to some off-the-beaten-path parts of the country. But the state of emergency was declared and it has been impossible to leave Japan ever since," said Poole, a Briton who worked as a journalist in Tokyo until taking up the Instagrammer lifestyle four years ago.

"A lot of projects have been put on hold, but some are already slowly beginning to come back and I'm confident that we will bounce back from this," he told DW.

"And I took advantage of not being able to leave the country by renting a car and taking off to see some of Japan's real backwaters, like the northern coastline of Fukui, Tottori and Yamaguchi prefectures," he said. "And they were spectacular – and I had them to myself."

Other trips have been to the islands of Japan's Inland Sea and then the Yaeyama Islands to the far south of Okinawa Prefecture. Another trip took in the volcanic Mount Aso and a national park in Kyushu.

"I was able to get some incredible content that I know I will be able to sell to national parks, domestic airlines, tourism boards and so on," he said. "So I don't consider it to have been lost time at all."

And with flights slowly starting to begin again, he is already planning his first post-lockdown trip. To southern Italy.