Rights groups have urged China to release activist Huang Qi, warning he could die in custody unless he receives urgent medical care. The appeal comes as a UN panel puts China's human rights record under the spotlight. 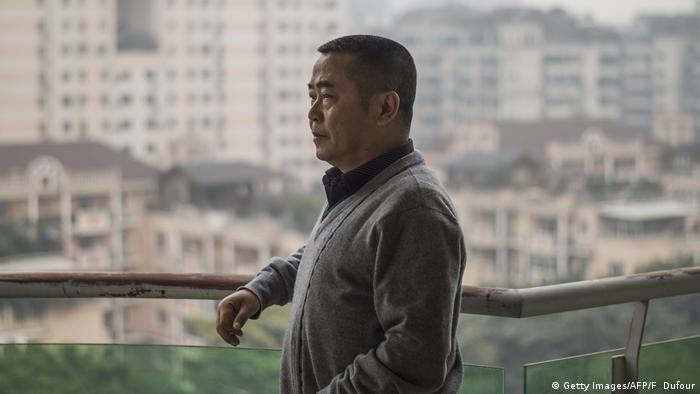 A group of human rights organizations has called for Chinese dissident Huang Qi to be "immediately and unconditionally" freed from prison, citing an "immediate threat to his life."

Huang was arrested in November 2016 for "leaking state secrets" and is currently being held at the Mianyang Detention Center in southwestern China.

According to a statement released Monday by 14 NGOs, including Amnesty International and Human Rights Watch, the health of the 55-year-old has deteriorated because he hasn't received adequate medical care for a range of serious illnesses.

"The Chinese government must immediately and unconditionally release Huang, who has been detained solely for the peaceful exercise of his right to freedom of expression, and end its policy of denying prompt medical treatment to prisoners of conscience, which is a form of torture," the statement said.

It added that Huang suffers from a chronic kidney disease that requires daily medication, as well as hydrocephalus and heart disease.

The rights campaigners voiced the concern that unless Huang gets immediate care, he could suffer the same fate as other activists such as Nobel Peace Prize laureate Liu Xiaobo, who died in custody after being denied leave to receive cancer treatment abroad.

The plea came ahead of a major United Nations review of China's human rights record on Tuesday. The review — the first by the UN's Human Rights Council since 2013 — is expected to focus on Beijing's treatment of minorities such as Muslim Uighurs and Tibetans.

Beijing is accused of detaining as many as 1 million ethnic Uighurs in a network of secret camps in the far western region of Xinjiang.

"The Human Rights Council must send an unequivocal message to the Chinese government that their campaign of systematic repression in the Xinjiang Autonomous Region, including the arbitrary detention of up to 1 million people, must end," said Patrick Poon, China researcher at Amnesty International.

Chinese officials have rejected allegations of mistreatment and arbitrary detentions, instead describing facilities as "education centers" that aim to combat terrorism, religious extremism and separatism in the restive area.

All 193 United Nations member states must undergo a periodic review by the UN Human Rights Council in Geneva.