Deputy premier Matteo Salvini has suggested EU Commission President Jean-Claude Juncker had "ruined Europe and our country." Disputes over Italy's budget with the EU come ahead of next year's EU elections. 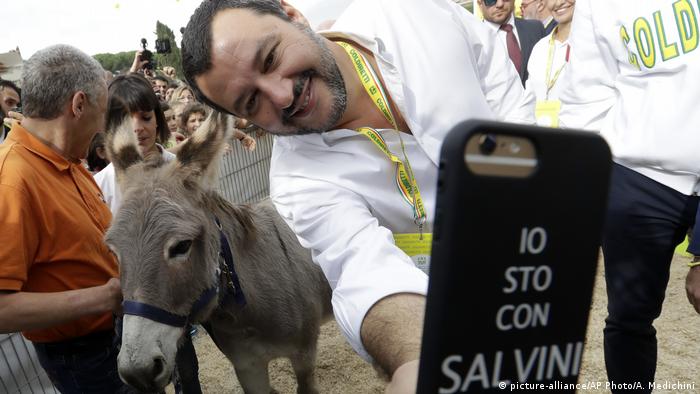 The far-right, Euroskeptic head of Italy's League party appeared to strengthen his line against EU opposition to Italy's tax-cutting budget on Friday.

Speaking at an agricultural trade fair in Rome, Deputy Prime Minister and Interior Minister Matteo Salvini said: "The EU said yes to (past) budgets that impoverished Italy and made its situation precarious."

"So I don't get up in the morning thinking about the judgment that people like Juncker and (EU Economic Affairs Commissioner Pierre) Moscovici, who have ruined Europe and Italy, have of the government and of Italy," Salvini added.

'I talk to sober people'

On Tuesday, Salvini had threatened to seek damages from Juncker for scaring off investors by attacking Rome's budget plans, amid some thinly veiled personal remarks levelled at the president.

When asked by broadcaster La7 about Juncker's suggestion Italy might pose a Greece-like threat to the euro, Salvini replied: "I talk to sober people who don't make comparisons that aren't here nor there." 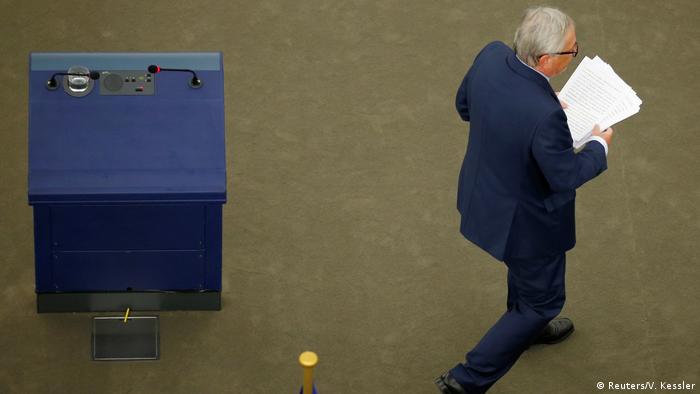 Former Luxembourg premier, Jean-Claude Juncker, was elected for a five-year term as EC president in 2014.

"He should drink two glasses of water before opening his mouth, and stop spreading non-existent threats," Salvini continued. "Or we'll ask him for damages."

Speaking in Germany on Monday, Juncker had said: "We have to do everything to avoid a new Greek or rather an Italian crisis this time. One crisis was enough." The Commission president added there should be no "special treatment" for what he called Rome's budget indiscipline. Italy has the second biggest public debt in the EU, currently at 131 percent of GDP. Only Greece's debt is larger.

Italy backs off, a little

Juncker's words were echoed by eurozone finance ministers at a Eurogroup meeting who cautioned against Italy's budget plans.

EU Economic Affairs Commissioner Pierre Moscovici angered politicians in Rome when he said "The Italians have... chosen a resolutely euroskeptic and xenophobic government that, on issues of migration and budget, is trying to get out of its European obligations."

On Wednesday, Italian Economy Minister Giovanni Tria appeared to back off the coalition government's plans by saying he expected the debt-to-GDP ratio to fall, thanks to higher growth. Instead of a public sector deficit of around 2.4 percent of GDP announced last week, Tria said deficits of 2.1 percent for 2020 and 1.8 percent in 2021 were envisaged.

Looking ahead to EU elections

Elections to the European Parliament are due to be held next May with anti-EU sentiment running high in Italy, Hungary, Poland and with Marine Le Pen's Rassemblement National, or National Rally, the new name for the Front National in France.

Salvini is due to meet with Le Pen in Rome next week.

"I will be in Rome with Matteo Salvini on Monday on the invitation of the Unione Generale del Lavoro to talk about economic growth and social prospects in a Europe of nations," Le Pen said via Twitter. "An alternative to the EU exists and we are building it!" 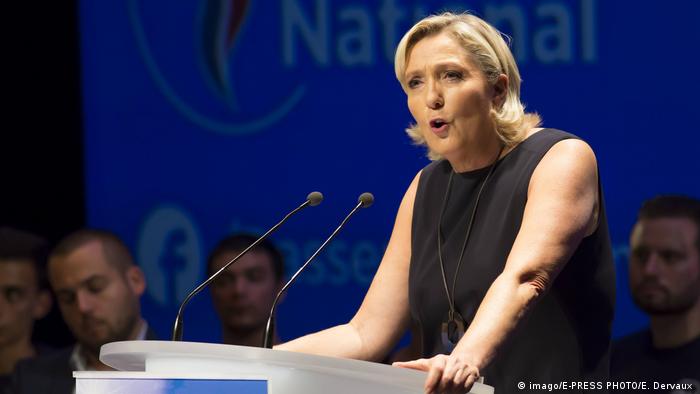 The Italian deputy premier agreed, saying on Friday: "We are trying to change this Europe from the inside and we hope that the May European elections will give us a hand. If not, things will be very difficult."

Salvini is also set to make his second visit to Moscow since taking office, this time to meet Italian entrepreneurs trying to work round what he called on his Facebook page: "the folly of sanctions."