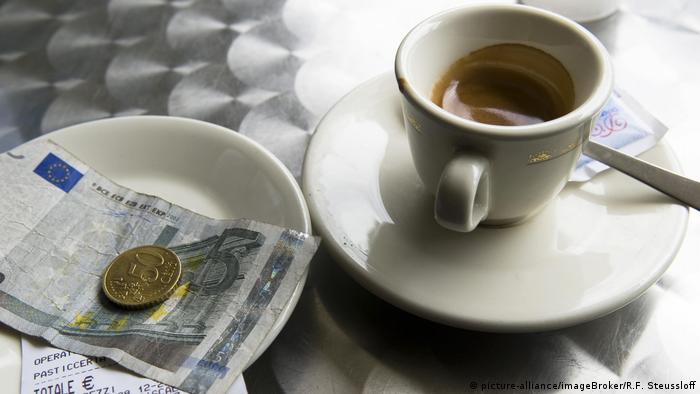 Luigi Di Maio, head of the Five Star Movement (M5S) and one of Italy's two deputy prime ministers, stood on a balcony at Palazzo Chigi and told supporters gathered on the street below that Thursday had been a "historic day" after a Cabinet meeting that went late into the night.

"Today we have changed Italy," Di Maio said. "For the first time, the state is on the side of the citizens."

The plans Di Maio announced appear to breach EU regulations, European Economy Commissioner Pierre Moscovici told French media on Friday. "It is a budget which appears to be beyond the limits of our shared rules," Moscovici said.

Moscovici said nothing would be gained from a clash with Italy. However, he added, "we don't have any interest either that Italy does not respect the rules and does not reduce its debt, which remains explosive."

On Friday, the European Commission announced that it will start assessing Italy's budget plans in the week beginning October 15.

The head of the European Parliament, Antonio Tajani, said on Friday that Italy's fiscal targets were a cause of concern. "I am very concerned for what is happening in Italy," he said. [These plans] "will not raise employment but will cause trouble to the savings of the Italians," he said.

Deputy prime minister Luigi Di Maio on Friday said his government was not seeking a fight with the EU. "The dialogue begins now with the EU and with major private investors, and we are not seeking a conflict," he told journalists.

The previous government had planned a budget deficit of 1.6 percent, but the coalition has raised it to 2.4 percent despite opposition from the economy minister, Giovanni Tria, an academic who is not affiliated to either the Five Star Movement or their coalition partners in the League (Liga). He was appointed after President Sergio Mattarella had rejected the coalition's first choice for finance minister.

Tria had been pushing for the deficit to remain at 1.6 percent: "We must give a sign," he said ahead of the Cabinet meeting, "to those who lend us money," and not ask for too much. Despite his position, the budget deficit has been set at 2.4 percent for 2019, 2020 and 2021.

Prime Minister Giuseppe Conte welcomed the agreement: "The government of change is marking a new direction for the whole country," he said. "We are doing good for Italy and for Italians."

Matteo Salvini, leader of the far-right League and co-deputy prime minister with Di Maio, said he was "fully satisfied with the objectives achieved." The League had campaigned on a program including tax cuts and a reversal of pension reforms.

Though a 2.4 percent deficit target would fall within the 3 percent ceiling set by EU rules, Italy had said it would cut the deficit decisively to curb its mammoth debt, which is currently 131 percent of GDP.

The EU had been putting pressure on Rome to reduce its debt, which is the bloc's second highest after Greece.

But the coalition government sees debt reduction as a limit to Italy's growth potential. It backed increased spending to prompt economic growth.

Di Maio pushed back against claims of economic damage from the increased costs of servicing the debt: "We will implement historic measures," he said. "We will explain to the markets that there are so many investments in this 2.4 percent that we can grow the economy as much as we want." 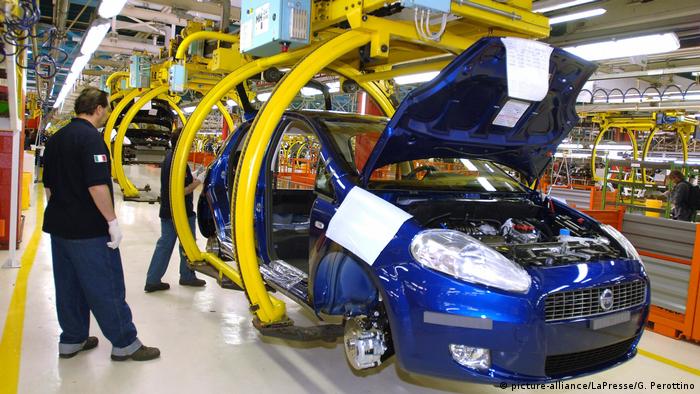 The budget will be sent to the European Commission for approval by the middle of October. The Italian parliament will have until the end of the year to give its approval.

Italy's benchmark FTSE MIB fell 3 percent on Friday morning, with banks down 4 percent, while the euro dropped to an 11-day low of $1.16, down 0.2 percent on the day. Trading of shares in some Italian banks was briefly suspended, with Banco BPM remaining on pause following a drop of almost 11 percent. UniCredit fell 7.5 percent and Intesa Sanpaolo was down 7.2 percent.

"The risk premium on the euro is increasing as the concern about the Italian budget extends beyond political considerations to the equity market," Esther Reichelt, foreign exchange strategist at Commerzbank in Frankfurt, told DW. She added that this is reflected in higher Italian government borrowing costs. "And this triggers some concerns that the Italian situation could prevent the European Central Bank from normalizing monetary policy," she went on, a reference to whether it will raise interest rates.

"With a deficit at 2.4 percent of GDP the public debt will not fall, at best it will stabilize, assuming a nominal GDP growth rate of 2.5 percent," Nicole Nobile, an economist at Oxford Economics, told news agency Reuters.

They are seemingly leaving the path of fiscal consolidation and that may not sit well with ratings agencies," Martin Van Vliet, a rates specialist at ING, told Reuters.

Italy is only two notches above the dividing line between investment grade and junk.

The European Commission has unveiled plans for its first post-Brexit budget for the 2021-27 period. A number of proposals are sure to put Brussels on collision course with Eastern European members and France. (02.05.2018)

France no longer in EU's crosshairs over spending

The European Commission has recommended that France be removed from a list of member states with excessive deficits. The move came on the back of a raft of economic measures adopted by Paris to reduce public spending. (23.05.2018)

Shares in GM and Fiat Chrysler have tumbled after both automakers cut their full-year profit forecasts. Analysts say soaring inputs costs as a result of US metals' tariffs are already having an impact. (25.07.2018)