France no longer in EU′s crosshairs over spending | Business | Economy and finance news from a German perspective | DW | 23.05.2018

France no longer in EU's crosshairs over spending

The European Commission has recommended that France be removed from a list of member states with excessive deficits. The move came on the back of a raft of economic measures adopted by Paris to reduce public spending. 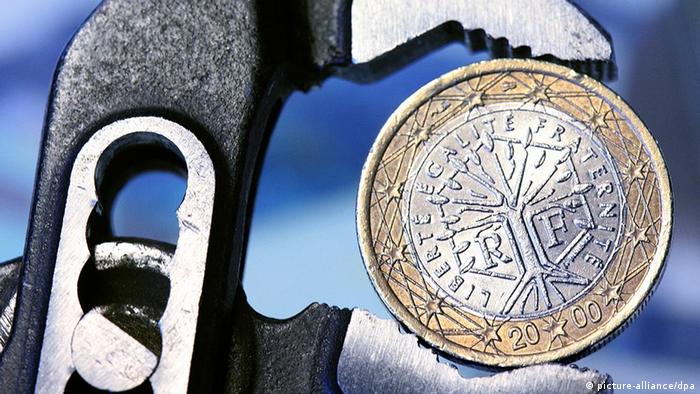 Issuing its annual recommendations for economic development to member states, the EU executive on Wednesday said in was in favor of removing France from Brussels' public spending penalty box after more than a decade of discontent with Paris' deficit policy.

The recommendation was perceived in France as a victory for French President Emmanuel Macron, who had been struggling to regain the trust of austerity-pushing Germany.

The European Commission formally proposed to take France out of its so-called excessive deficit procedure that was first opened back in 2009 after the start of the eurozone debt crisis.

"It's an important moment for France after nine years of a long, painful procedure and sometimes painful but necessary budgetary efforts," EU Economic Affairs Commissioner Pierre Moscovici said at a news briefing.

France out, Italy in?

The EU executive forecasts that France will log a deficit of 2.6 percent of gross domestic product (GDP) in 2017 to be followed by 2.3 percent this year, both below the bloc's 3-percent limit.

France was one of the last two eurozone nations, along with Spain, that was still under the threat of having to pay fines or having to accept sanctions for overspending.

Eyes are now turning to Italy whose populist and euroskeptic government has indicated it's willingness to ignore EU budget rules in order to push through its costly coalition treaty plans.

Brussels warned on Wednesday that the incoming Italian government must make it a priority to cut its heavy public debt.

The French president said other nations were watching as the UK clashed with France following its departure from the EU. Tit-for-tat measures are now threatened in the row over post-Brexit access to fishing waters.