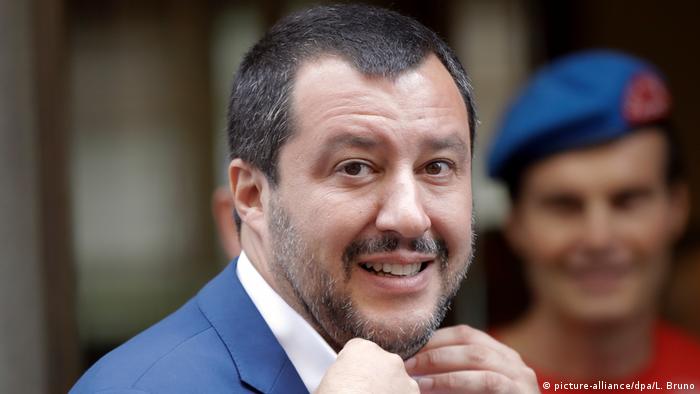 Interior Minister Matteo Salvini said next May's European elections were an opportunity for the far-right network to become the main parliamentary group.

The elections were a chance for "historical change and the last opportunity to save Europe," Salvini said while attending a political and economic forum in the northern Italian town of Cernobbio on Saturday. "We are working to be the main European parliamentary group and forget that sad socialist parable that has brought unemployment and insecurity," he added.

His comments came a day after he met Steve Bannon, who has set up a foundation in Brussels called The Movement, intended to link far-right elements across Europe. Bannon has previously described the goal of the "loose association" as having enough populists to "command by negation" the European integration policies of Germany's Chancellor Angela Merkel and France's President Emmanuel Macron.

The Movement's executive director, Mischaël Modrikamen, welcomed Salvini's participation, saying the fact that the minister was on board "will clearly show that this is the place to be for the unifying of the populist movement in Europe."

Modrikamen said he saw members of The Movement meeting in Brussels to hammer out common positions and to coalesce as a "blocking power." 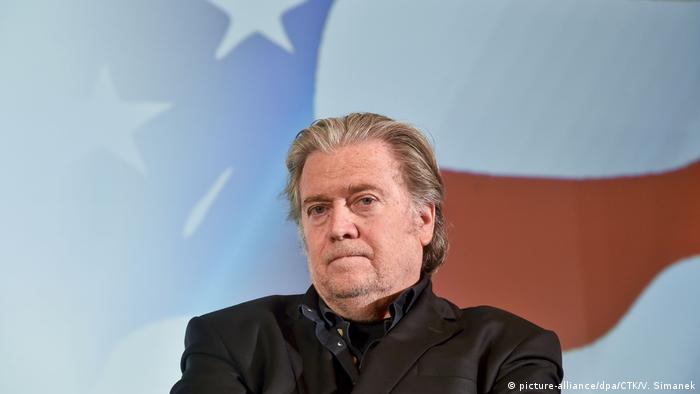 Steve Bannon in the Czech Republic

Giorgia Meloni, the leader of the Brothers of Italy, another national conservative party, said Friday she would be joining Bannon's group. Both Bannon and Salvini are expected to speak at her party's rally in Rome later in September, she said.

Dutch Popular Party leader Geert Wilders was also at the Cernobbio meeting and posted a photo of himself with Jacob Frenkel, chairman of international bank JPMorgan Chase and a former governor of the Bank of Israel.

Salvini met with Hungarian Prime Minister Viktor Orban in August and the two agreed they were "walking down the same path" after they discussed forming an anti-migration front to oppose the French president's policies.

Mainstream conservative parties making up the European People's Party (EPP) have indicated that Salvini's Lega (League) party would not be welcome among their ranks. EU Budget Commissioner Günther Oettinger said in an interview with newspaper La Repubblica that Salvini's League was "not in line with our values."

Bannon has developed links with European conservatives, including the former head of Britain's UKIP, Nigel Farage, but Germany's populist AfD appears to have rebuffed his advances.

On Friday, Italian prosecutors put Salvini under investigation for "kidnapping" a group of migrants.

About 150 migrants, who were rescued at sea last month and taken to a Sicilian port, were reportedly denied disembarkation rights for several days by Salvini.

A majority of the migrants, who were eventually allowed to disembark on August 25, have gone missing. The interior minister says this proves they were not genuine refugees.

Salvini said he was ready to be interrogated, but promised his social media followers he would "not give an inch."

He is also being probed for illegal arrest and abuse of power, according to Italian media.

There is little chance of Salvini's arrest, as he enjoys parliamentary immunity.

A court has ruled that millions of euros in assets can be seized from the far-right League party, now part of Italy’s ruling coalition. Party leader Matteo Salvini was defiant, saying the fraud was now history. (06.09.2018)