AfD co-leader Alexander Gauland said the interests of Europe's far-right parties vary too much to fit under the tent Steve Bannon is staking out. The former Trump adviser has plans to undermine the EU. 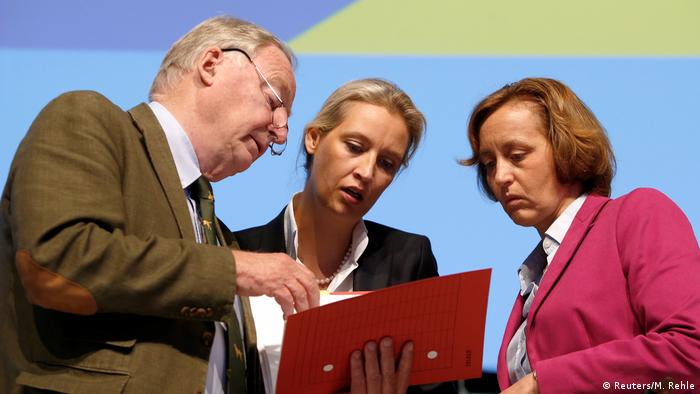 A plan by Steve Bannon, a former political adviser to US President Donald Trump, to unite Europe's populist, far-right parties ahead of European Parliament elections in May was spurned by Alternative for Germany (AfD) co-head Alexander Gauland.

"We're not in America," he told the Funke Media Group newspaper chain in an interview published on Saturday. "The interests of the anti-establishment parties in Europe are quite divergent."

Read more: Steve Bannon attacking the EU from the right 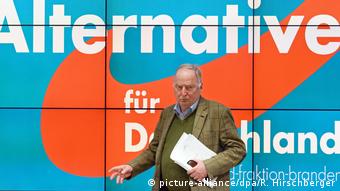 Bannon announced in July that he created a Brussels-based organization called The Movement to advance a bid by nationalist and populist party supporters to undermine the European Union from the inside.

While the AfD's other co-leader, Alice Weidel, met with Bannon, Gauland said he did not see a way for Germany's far-right populists to cooperate with an EU-wide movement.

The AfD currently maintains close contact with Austria's right-wing Freedom Party (FPÖ). Former AfD leader Frauke Petry attempted to forge ties with France's Front National, led by Marine Le Pen, and Geert Wilders' Dutch Freedom Party. Those alliances, however, did not pan out, and Petry has since left the AfD to form her own political movement. 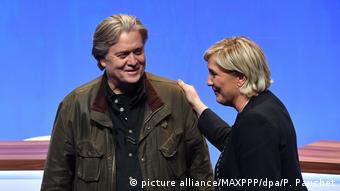 AfD: Not just an opposition party

The AfD is currently the largest opposition party in the German parliament, and a poll commissioned by public broadcaster ZDF and published Friday showed it enjoys 16 percent support. Gauland said that number could go much higher than 20 percent and put the AfD in a position to take part in a government coalition.

"I think we should take on that responsibility in the medium-term," he said.

The party won 12.6 percent of the vote in national elections last September, making it the third-largest party. Some observers believe the AfD could become the strongest party in the eastern German states of Saxony and Brandenburg in regional elections next year.

Steve Bannon plans to build a right-wing populist think tank in Europe. German lawmakers called the plans by the former adviser to the US president to influence the 2019 European elections "a frontal attack on the EU." (23.07.2018)