A decree to hasten expulsions has been adopted by Italy's populist Cabinet. The bill next goes to parliament for 60 days of debate. Italian bishops have slammed it as a bid to criminalize asylum-seekers. 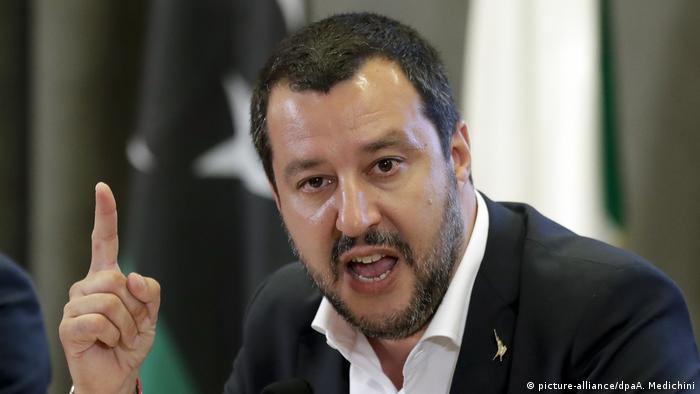 Italy's far-right interior minister, Matteo Salvini, asserted Monday that his bill was a "big step forward" in what he termed the "fight" against migrant arrivals, including greater police powers to "make Italy safer."

Salvini told the broadcaster La7 his intended decree against "excessive immigration" would save billions of euros, once debated in parliament and signed into law by President Sergio Mattarella.

At a press conference in Rome, he said future asylum bids could be voided if the applicant was declared "socially dangerous."

Those convicted in the first instance of crimes such as drug dealing or shoplifting would be rejected. "Terrorists" would be stripped of Italian citizenship.

A lower level of residency - humanitarian protection – would be awarded only on six strict criteria, including whether an applicant had survived a natural disaster.

Two weeks ago, UN refugee agency head Filippo Grandi, while visiting Salvini, had urged Italy not to abolish such permits.

Nunzio Galantino, the secretary-general of Italy's Catholic Bishops' Conference, described Salvini's bill as a "bad sign" because an immigrant could in the future be prejudged as a public menace irrespective of how he or she behaved. 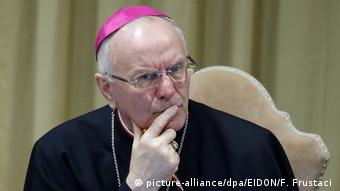 Another flaw was that the bill dealt with both security issues and treatment of migrants, Galantino said.

Criticism had already come from the anti-establishment Five Star Movement, which since June has governed with Salvini's far-right Liga Nord [Northern League].

Under the proposed decree, most asylum applicants would be kept in bigger so-called SRAR receptions centers.

Only unaccompanied minors and recognized refugees would be distributed across Italy, ostensibly to ease their integration, Salvini said, adding that streamlining would bring Italy into line with other EU countries.

The Interior Minister's office said migrants due for repatriation could be held for 180 days in government detention centers. 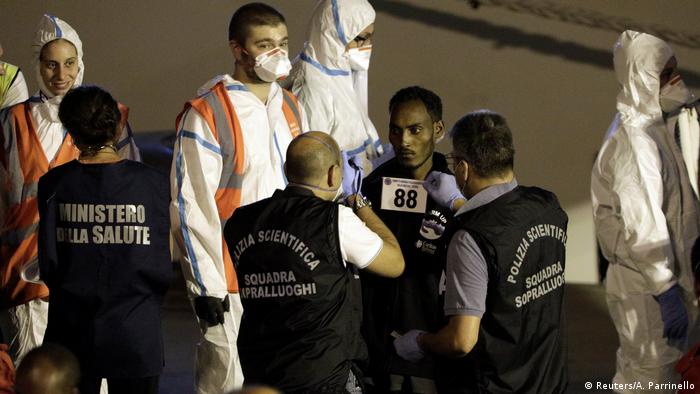 Just over 72,000 migrants reached Italy by sea between January and July, according to the UNHCR

The decree would let police be equipped with Taser stun guns and squatters would be more easily evicted by removing a provisional housing obligation for the most vulnerable.

Salvini on Facebook said Italy would emerge "stronger in the fight against the mafia and [people] smugglers."

Expanding reception centers would hinder integration and lead instead to more frustration and violence, said Fabiana Musicco, the founder and president of Refugees Welcome Italy.

If parliament passed Salvini's draft it would be an "alarming step backwards," she said.

It would drive numerous asylum-seekers underground, said Salvatore Casale, the director of a current reception center at Avvelino, inland from Naples.

More than 61 percent of such applications were rejected; 21 percent of applicants were granted humanitarian protection. Only six percent were given refugee status.

After reaching similar deals with Spain and Greece, the German interior minister said a deal with Italy for the return of migrants is ready for signing. According to some reports, however, Rome is far from satisfied. (14.09.2018)