Italy to take in migrants from Ocean Viking rescue ship

The Ocean Viking, a vessel jointly operated by SOS Mediterranee and Doctors Without Borders, had rescued a total of 217 people in the Mediterranean, 35 of whom were taken to Malta. 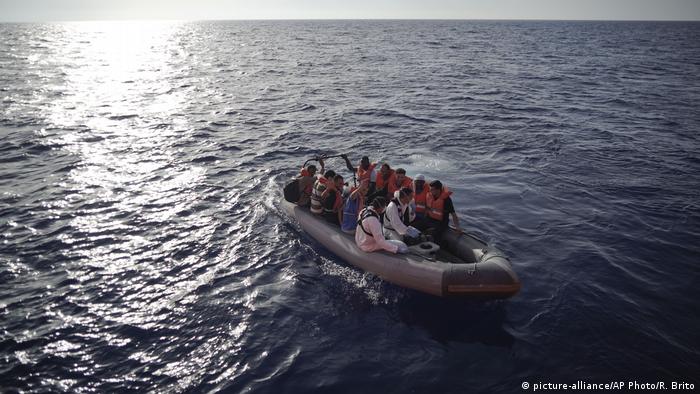 Aid organization SOS Mediterranee said on Sunday that Italy would allow more than a hundred migrants to disembark from the vessel Ocean Viking.

"The competent Italian authorities have assigned #Messina as place of safety for the 182 survivors on board the #OceanViking," SOS Mediterranee said on Twitter.

It is the second time this month that Italy has granted the NGO permission to dock and it comes ahead of a meeting in Malta on Monday, where officials from France, Germany and Italy will attempt to end the standoff over migrants rescued in the Mediterranean.

The migrants had set off to Europe from Libya.

Italy had previously refused to allow rescued migrants to land on its shores under Interior Minister Matteo Salvini, but a new government and his departure from the post has raised the possibility of more leniency.

The Ocean Viking, a vessel jointly operated by SOS Mediterranee and Doctors Without Borders, rescued some 217 people in the Mediterranean over the course of two days on September 17.

Malta had allowed 35 migrants to disembark on its shores on Friday, but rejected taking in the 182 that remained.

According to the International Organization for Migration (IOM), some 6,570 migrants have arrived in Italy and 2,260 in Malta this year.

Both EU nations are the nearest arrival point for boats crossing the central Mediterranean.

The 28-nation bloc has not yet found compromise or reached an agreement on a system of distribution for rescued migrants.

Interior Minister Seehofer has made the gesture ahead of EU talks on migration later this month. The issue has been one of hot debate in recent years following a spate of arrivals in the Mediterranean. (14.09.2019)