Interior Minister Seehofer has made the gesture ahead of EU talks on migration later this month. The issue has been one of hot debate in recent years following a spate of arrivals in the Mediterranean. 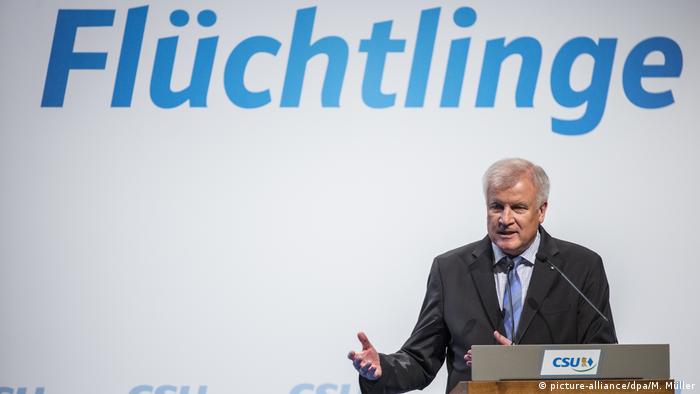 Germany is prepared to take in 25% of migrants who arrive in Italy by boat, Interior Minister Horst Seehofer told Germany newspaper Süddeutsche Zeitung on Friday.

In an apparent goodwill gesture ahead of European Union talks on immigration later this month, Seehofer said: "If all that has been agreed stands, we would be able to take in 25% of people rescued at sea and who end up in Italy."

The talks in Malta, scheduled for September 23, have been planned as EU member states seek to reach a deal on the distribution of migrants who arrive by rescue boats.

Italy, in particular, has been the center of attention this summer after former Interior Minister Matteo Salvini closed Italy's ports to vessels rescuing migrants in the Mediterranean.

But Seehofer was keen to stress Germany has a different view. "I have always said that our immigration policy is humane," he continued. "We will let no one drown."

Meanwhile, a new Italian government sworn in last week has suggested a softer policy on immigration, following Salvini's hard-line stance. Furthermore, Italy said it had reached an agreement with EU countries to distribute migrants among the fellow member states.

After Matteo Salvini pulled his right-wing party out of Italy's ruling coalition, the 5-Star Movement made a deal to share power with the center-left Democratic Party. But 5-Star members will need to endorse the deal. (02.09.2019)