The bodies of 13 women were recovered as authorities continue to search for the boat's remaining missing passengers. The vessel capsized in rough conditions on the Mediterranean Sea. 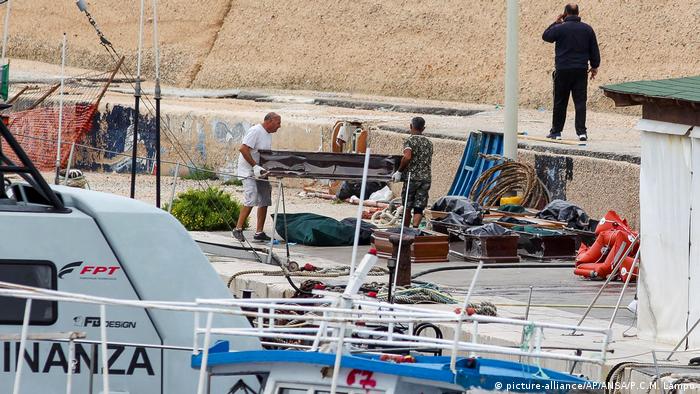 At least 13 people died and several others were still missing after a ship carrying migrants sank off the Italian island of Lampedusa, authorities said Monday.

The boat overturned shortly after midnight. On Monday rescuers pulled the bodies of 13 women, some of them pregnant, from the water. Many more are feared dead.

The ship had roughly 50 people on board when disaster struck. Twenty-two survivors have been rescued. Among those still missing are eight children and other pregnant women.

Conditions in the Mediterranean were said to be rough and the vessel capsized after many of its passengers rushed to one side. 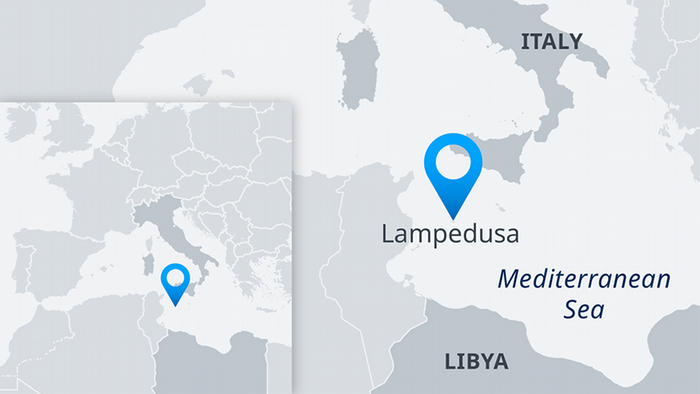 As rescue boats approached in response to an emergency call made from the vessel in distress, "the adverse weather conditions and the sudden displacement of the migrants" caused the boat to overturn, a statement from authorities said.

The statement described the ship as an "overloaded and already listing boat six nautical miles (11 kilometers) from the island of Lampedusa."

The first two bodies recovered were those of women, according to Flavio Di Giacomo, a spokesman for the International Organization for Migration (IOM). He also said the boat had begun its journey in Tunisia and its passengers were predominantly "Tunisians and western African migrants."