The International Organization for Migration says the number of migrant deaths in the Americas in 2019 has passed 500. Almost half of the deaths were recorded at the US-Mexican border. 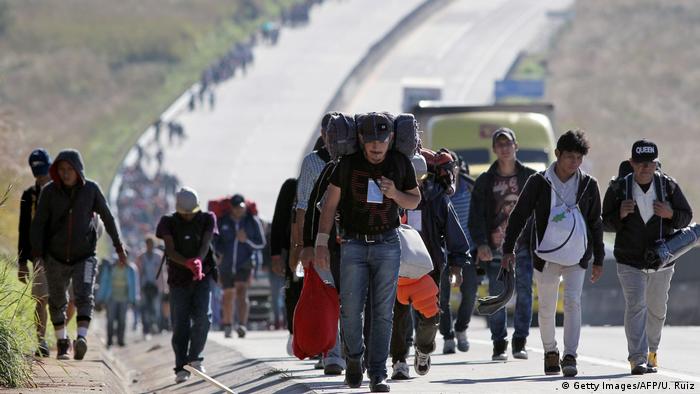 A total of 514 migrants have died in the Americas so far this year, an increase of about 33% from a year ago, the UN migration agency said on Friday.

It is the fastest that the 500 mark has been reached since the International Organization for Migration (IOM) began counting in 2014.

Nearly half of all deaths — 247 — were recorded on the US-Mexico border.

IOM spokesman Joel Millman said that the "turmoil" in Venezuela may account for "much of 2019's fatality surge."

More than 4 million people have left Venezuela since 2015.

IOM has confirmed 89 deaths of Venezuelans this year, second only to more than 100 who were of unknown nationalities.

Death at the US-Mexican border

In June this year, the plight of migrants crossing from Mexico to the US was brought to the forefront after a photo of a drowned father and his 2-year-old daughter at the US-Mexican border was published.

The two had died attempting to cross the Rio Grande, which divides the two countries.

Millman told reporters in Geneva that the death rate on the US-Mexico border hasn't changed much in the last six years of tracking such figures, which amount to about one per day.

Overall, just over half of the deaths this year — 259 — were caused by drowning, such as in shipwrecks in the Caribbean or failed river crossings.

About 65 were from highway crashes, and around 20 each on railroad routes, from dehydration or exposure, violence including homicide, and sickness or lack of medical care.

Millman said the figures don't include people who died in detention, of whom there were eight in the US and three in Mexico.

The new regulation forbids refugees from claiming asylum in the US if they have traveled through a third country. Officials called it an "interim rule" until Congress passes stricter laws. (15.07.2019)