On the eve of a US-imposed deadline to show progress on curbing migration, Mexico said border crossings had dipped in June. The US has put pressure on its southern neighbor to do more to stop Central American migration. 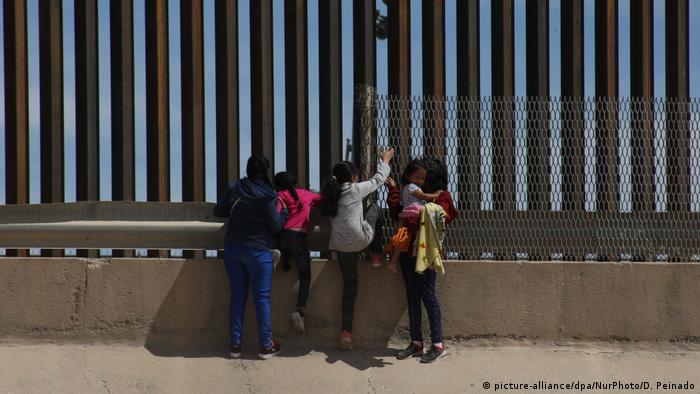 Mexican Foreign Minister Marcelo Ebrard said Monday that border crossings into the United States had dropped by a third since the beginning of June. Ebrard announced the figures a day after meeting with US Secretary of State Mike Pompeo.

The drop in crossings comes as a 45-day deadline, which was imposed by the US on Mexico to show progress on the issue, is set to expire.

President Donald Trump's administration has taken a tougher approach with its southern neighbor over migrant crossings, saying Mexico needs to do more to stop them.

In April, the US president threatened to impose tariffs on Mexican products if the country did not "stop, or largely stop," the flow of migrants.

But the White House ultimately reversed on the threat and signed an agreement with Mexico, where the latter agreed to deploy security personnel to its border with Guatemala, among other measures.

"There was a reduction in clandestine migration to the US of approximately 36.2%" Ebard said, adding that he planned to go to Washington to meet with counterparts in 45 days, although this was not yet confirmed by the White House.

Ebbard stressed that in his meeting with Pompeo, "Mexico proved that the decisions it has made have been effective" and that the US "respects those decisions and what we have achieved."

The US Secretary of State said on Monday the Trump administration sought more dialogue with Latin American countries to solve the problem and highlighted that US detentions of migrants on the border had also seen a 30% drop in June.

The Mexican Foreign minister ruled out the possibility that Mexico could become a "safe third country," which would force it to process all asylum requests from migrants passing through its territory, en route to the US.

Read more: 'Good Samaritans should not be prosecuted for helping people'

Following his trip to Mexico, Pompeo traveled to El Salvador to meet with President Nayib Bukele. The two countries have also pledged to work together on the issue of migration.

"We've got to address the challenges that cause this migration," Pompeo said, stressing that the US wanted to assist El Salvador in solving problems such as gang violence and poverty that are driving migrants north.

"We want people to want to stay in their own countries," Pompeo said.

It has become increasingly common for Mexico City's taquerias to serve fake guacamole in their tacos. The guacamole no longer has any avocado. High demand, measly harvests and US and Mexican drug cartels are to blame. (22.07.2019)

The shocking photo of a father and his toddler daughter, lifeless on the banks of the Rio Grande, was a tragic reminder of the risks that Central American migrants face on their journey to reach the US. (26.06.2019)

The spate of murders had left the Muslim community in Albuquerque fearful to leave their homes. Now the families of the victims want answers.