′Good Samaritans should not be prosecuted for helping people′ | Americas | North and South American news impacting on Europe | DW | 02.07.2019

'Good Samaritans should not be prosecuted for helping people'

Amnesty International's latest report from the US-Mexico border focuses on activists looking to assist would-be migrants. Its author Brian Griffey says some of the state's steps amount to "contempt for the rule of law." 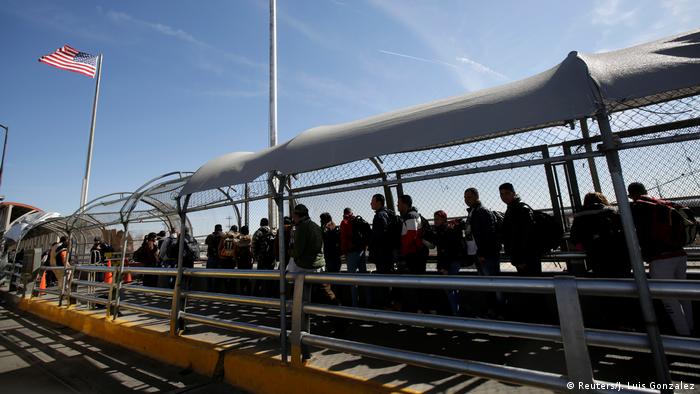 DW: What experiences have human rights defenders like lawyers, journalists, aid workers and humanitarian volunteers shared with you that you have compiled in your report "Saving lives is not a crime"?

Brian Griffey: What we have found is that the central human rights violation from American authorities has been the targeting for unlawful restrictions of people defending migrants' rights, based on their political opinions. This includes warrantless surveillance and seizures of information and electronic devices.

It's highly concerning to see that these individuals, who put themselves between the abuse of government officials and the people who are having their rights violated, become themselves the new primary target for human rights violations. We've seen it in war zones all over the world, we've seen it in authoritarian states and now we're seeing it on the US-Mexican border.

How have US authorities reacted when you contacted them for your report?

We engaged the Departments of State, Justice and Homeland Security and none of them have answered our questions. What we have put together is a very damning portrait of what they've done and we're expecting that the US government will now try to target any weaknesses in our report. But we've been giving them the opportunity to comment on our concerns for over four months and they've basically been giving us the silent treatment and tried to make us go away by ignoring the problem. 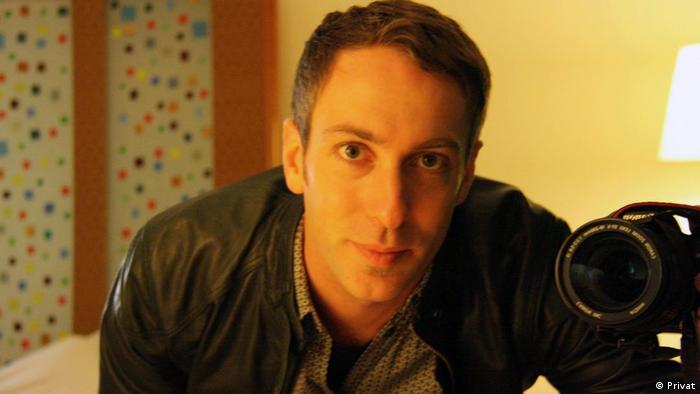 In the opening section of your report you quote a 2017 statement from the US State Department emphasizing how important the protection of human rights defenders around the world is. How does that match with current actions?

I just got back from a month-long mission along the US-Mexican border and saw again and again that US and Mexican authorities were overwhelmed and were not providing fundamental lodging, food and medical services to these incredibly vulnerable migrants and asylum seekers. And where the governments can't accommodate these people, it's been the border communities and human rights defenders who have stepped up and cared for them. It's alarming to say the least that not only are the US and Mexican governments failing in their protection of vulnerable migrants, they are also now targeting the people who stepped up and are doing the governments' work.

Can you give us an example of what human rights defenders have experienced at the border?

The case of Ana Adlerstein [a volunteer from Arizona] is a really good example. She was informing asylum seekers on the Mexican side of the border about their legal rights for seeking asylum protection in the United States. When she was returning, she accompanied an asylum seeker to the border to make sure they got through the port of entry. She didn't go with the person immediately, but after a certain amount of time of their being questioned, she went up to the border crossing to make sure things were ok. That's when the officer in charge said she was aiding and abetting human smuggling and told Adlerstein she was under arrest.

This set off what became hours of detention where she had her shoes taken away, had an invasive body search and was held for several hours in what was essentially a jail cell at the border. After intimidating and harassing her, when she said that she needed medical assistance, that she had a headache and was dehydrated, they said they would have to order an ambulance. But when she asked them to do so, they opened the door and released her. They said she was actually not at all arrested, and had only been the subject of a "secondary inspection" all along. These "secondary inspections" are what we are seeing more and more of.

What has to happen to improve the situation of human rights defenders along the border?

Fundamentally, this is a rule of law crisis. Congress should exercise its important role in challenging this misuse of the criminal justice system. They should hold public hearings on the apparently politically motivated operations against these human rights defenders in the US-Mexican border region. And through those hearings, Congress should increase its oversight of the Departments of Homeland Security and Justice, and of the Trump administration in general.

More broadly, I think Congress has an important role to amend criminal laws about "human smuggling" to include a humanitarian exemption clause that bars prosecution for humanitarian assistance or other support where there's no financial benefit and no exploitation occurring. Good Samaritans should not be prosecuted for helping other people.

Obviously the most immediate thing that needs to happen is that the Departments of Homeland Security and Justice, as well as the Trump administration as a whole, need to stop intimidating and harassing human rights defenders who are providing life-saving assistance to people in need.

Brian Griffey is a North America researcher with Amnesty International and author of the report "Saving lives is not a crime."