Prime Minister Mario Draghi stressed the independence of the Italian parliament after the Vatican asked for changes to an anti-discrimination bill that would provide added protection from hate crimes to LGBTQ people. 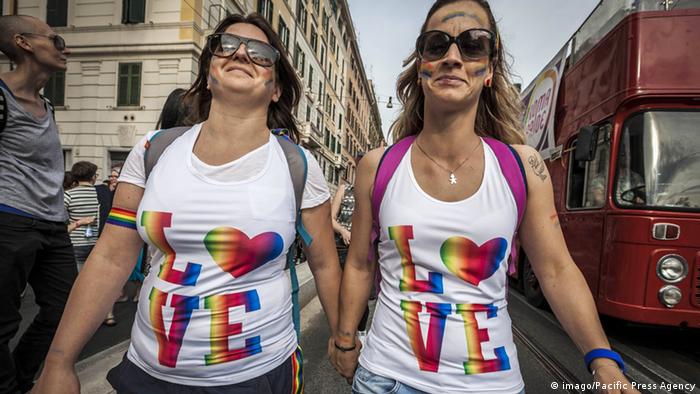 Italian Prime Minister Mario Draghi hit back at the Vatican on Wednesday, after the Catholic Church expressed reservations about an anti-discrimination bill under debate in Italy.

The Holy See claimed earlier this month that a draft law to combat homophobia could interfere with religious freedom.

But Draghi, a practicing Catholic, said parliament was free to discuss laws and legislate. 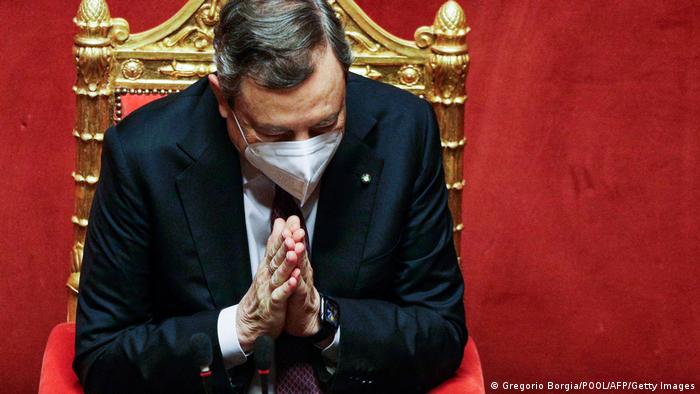 "Ours is a secular state, not a religious state," he told the Senate, Italy's upper chamber of parliament. "Our legal system contains all the guarantees to ensure that laws always respect constitutional principles and international commitments.”

A 1929 agreement established the Vatican City as a sovereign state and governs its relations with Italy.

The Vatican, in a letter delivered to the Italian Embassy to the Holy See on June 17, said the planned legislation could undermine that accord.

Officials at the Vatican fear the current text could lead to Catholics being prosecuted if they refuse to conduct same-sex marriage ceremonies or oppose adoption by same-sex couples.

Why has the bill not been passed yet?

The bill, which adds LGBTQ and disabled people to a law that punishes discrimination and hate crimes, has been stuck in the Italian Senate for months amid conservative opposition to the proposed legislation.

Supporters of the changes have also criticized the Vatican for "interfering” in politics.

"Parliament is sovereign and won't accept interference," the speaker of the lower house, Roberto Fico, was quoted as saying by Italian state broadcaster RAI on Wednesday.

But right-wing parties back the Vatican's stance, although Pope Francis is yet to publicly comment on the bill.

"I thank the Vatican for its good sense," said Matteo Salvini, the leader of the populist League party.

What has Pope Francis said about LGBTQ issues?

Francis has taken more liberal stances on homosexuality since becoming pontiff in 2013.

He was filmed in a documentary last year expressing support for "civil unions" between same-sex couples.

But the pope in March endorsed a statement by the Vatican's Office for Doctrine that declared it was "impossible" to bless same-sex unions because "God cannot bless sin."

Italy approved civil unions in 2016, but data compiled by gay rights campaigners ILGA Europe placed the country 35th out of 49 European and Central Asian countries on a list ranking how LGBTQ people were treated.