The flare-up between Israel and Hamas militants in Gaza has reignited tensions in Israel's mixed Arab-Jewish communities. What was ruined in 11 days could take years to rebuild. 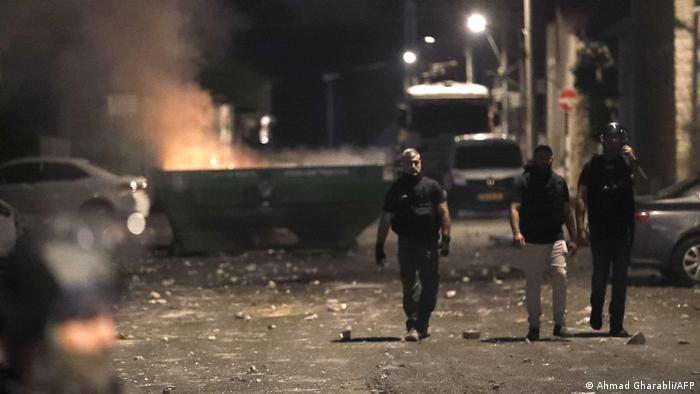 In Israel's mixed cities, Jews and Arabs have lived side-by-side for decades

The main streets of Jaffa are eerily quiet, unusual for a Saturday in the central mixed Arab-Jewish city, which has officially been part of Tel Aviv since October 1949.

It's been less than two days since a cease-fire between Israel and Hamas came into effect, and so far the truce has held: No rockets were fired from the Gaza Strip into Israel, and the Israeli military hasn't launched any airstrikes on the Hamas-ruled territory — one of the most densely populated places on Earth.

But the official truce has not yet been felt in some of Israel's most fragile communities: the mixed Arab-Jewish towns.

"In [East] Jerusalem, Jews and Palestinians don't even buy bread from each other if they don't want to," says 31-year-old Samah* from Jerusalem, who, like all Palestinians interviewed for this article, was only willing to speak on the condition of anonymity. 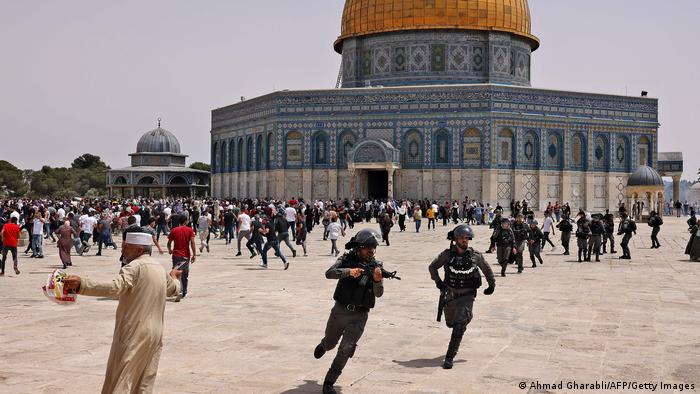 In Haifa, where Samah moved to just two months ago, she feels different. "It sounds awful, but in Jerusalem, at least I felt like I could hide in my own bubble. I didn't have to face Jewish racism and discrimination if I just stayed in the eastern part," she says of the sector where Palestinians make up the majority of residents.

"In Haifa, Jews and Palestinians are forced to encounter one another on a daily basis. The city is not divided into two parts like Jerusalem is."

The northern city, Israel's third largest, prides itself on being a model of Arab and Jewish coexistence, but tensions and hostility still exist — and escalated into violent clashes during the 11 days of flare-up.

Merely two days after Hamas launched its first rockets on Jerusalem, Jewish protesters in Haifa threw stones at a Palestinian motorist. In another incident, five Israeli Arabs attacked a 30-year-old Jewish man in the northern mixed city of Acre.

These were hardly isolated incidents. 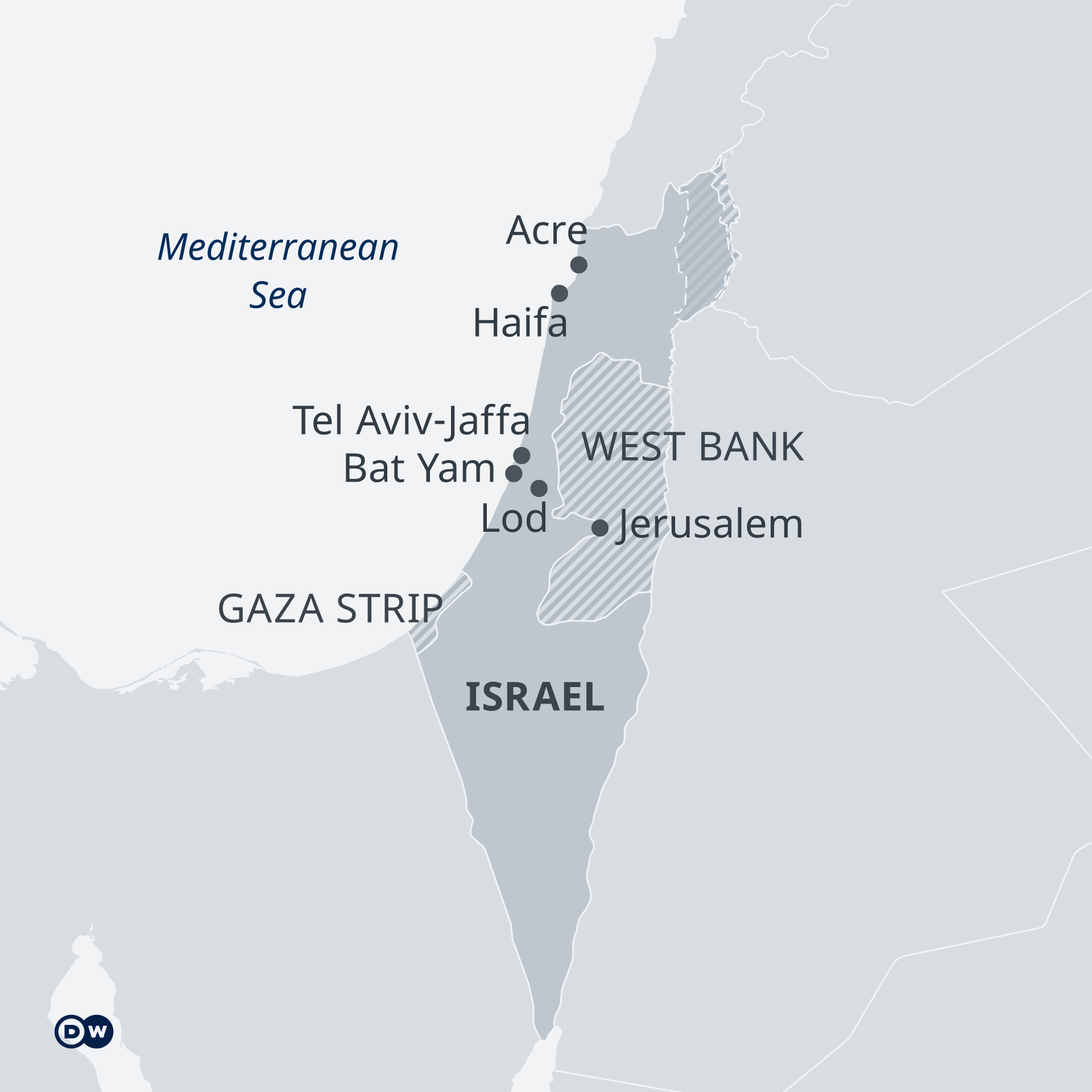 Cease-fire is not enough

Mixed Arab-Jewish cities like Haifa, Lod and Jaffa — in which Jews and Palestinians have been living amongst each other for decades — may not have been directly hit by rocket fire, but they still burn from the inside.

"There is no real coexistence," says Samah, when she talks about her new home in Haifa. "Here, too, Palestinians have always been second-class [citizens]. It's just more obvious now."

For 15-year-old Halil*, who was born and raised in Jaffa, Friday's cease-fire was "fantastic news, but it is just the beginning," he explains while attending to the only customer in his family's bakery, which is otherwise packed with Palestinian and Jewish diners. 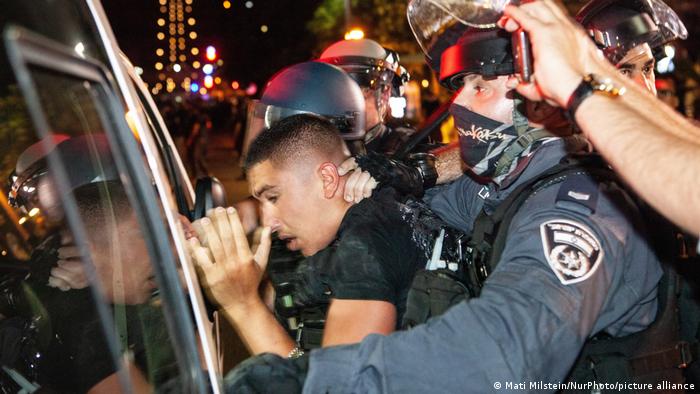 "[The] police block the streets here every evening, preventing people from passing, questioning us. Why? Are we criminals? We just want to live our lives in peace — on our land."

The sole customer in the store — 42-year-old Adam, a Jewish resident of Jaffa — agrees.

"No matter what your political stance, the fact of the matter is that both Jews and Palestinians will have to learn to live with one another. There's no other realistic possibility."

At the peak of the aggression, in the Tel Aviv suburb of Bat Yam — which borders Jaffa — a far-right Israeli mob was shown live on Israeli television savagely beating a man as he lay motionless on the ground. Why? The group reportedly believed him to be Palestinian.

Prior to that, dozens of right-wing Israeli extremists marched through the city, attacking several Arab-owned businesses, smashing windows and chanting racist slogans.

In Lod, where 40% of the population is Arab, a 32-year-old Palestinian-Israeli was shot and killed, while a synagogue and other Jewish property was torched. Later in the week, a Jewish man died after being attacked by a group of Arab Israelis. 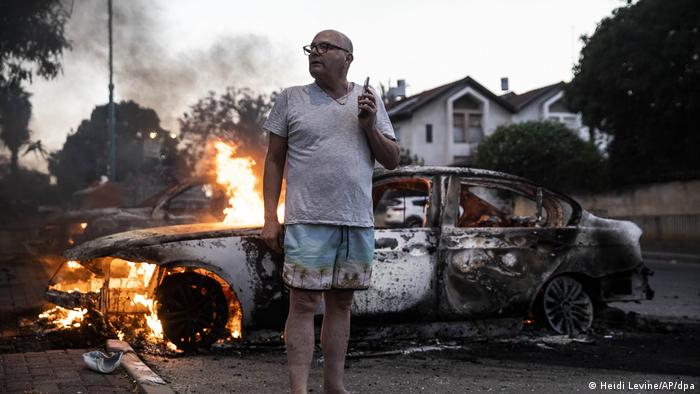 Outside the charred Lod synagogue, 34-year-old Jewish resident Yoel Frankenburg told the Agence France-Presse news agency that "the Arabs are trying to kill us," adding that "they [Palestinian residents] attacked me, they threw stones at me ... I had to send my children out of town."

As the cease-fire holds for now, life slowly resumes both in the Strip and in Israel. People dust off store shelves, cafes open and locals cautiously return to the streets of their beloved cities. Gaza authorities announced that government offices would reopen Sunday.

During the 11-day flare-up of hostilities, Israel launched hundreds of airstrikes on the overcrowded Strip, killing 248 people, including 66 children, and wounding more than 1,900, according to the Hamas-run health ministry.

The United Nations says more than half of those killed were civilians. 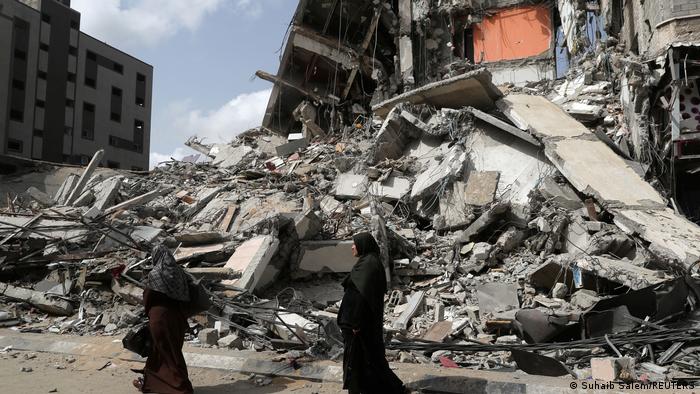 Twelve people were killed by rocket fire in Israel, including one child, a teenager, an Israeli soldier, one Indian and two Thai nationals, Israeli police reported. Some 357 people were injured in Israel.

The Israeli military added that Hamas, Islamic Jihad and other militant groups fired around 4,350 rockets, many of which did not reach Israel or were intercepted.

In Israel's mixed cities, however, casualties were not a result of the bombardments, nor of rocket fire — but of lynching, stone throwing and gunshots.

After 11 days, Palestinians and Jews living in these communities still call their cities home, but the damage done — both physically and psychologically — could take years to rebuild. Jewish and Palestinian Israelis protest against Israel's air campaign on the Gaza Strip, in the mixed city of Jaffa

The truce was hailed by world leaders, after 11 days of fighting between Israel and Hamas. US President Joe Biden said it was a "genuine opportunity" to make progress.

Amid Israel-Gaza conflict, a two-state solution seems utopian to some

COVID: US urges vaccinated people to wear masks inside again

Not Afghanistan: Why the US and Iraq won't leave one another