Israeli writer Amos Oz: Trump did one thing that every other country should also do

Amos Oz, one of Israel's greatest living authors, has also been a preeminent peace activist and remains a passionate advocate of a two-state solution in his homeland. He tells DW how he believes peace can be achieved. 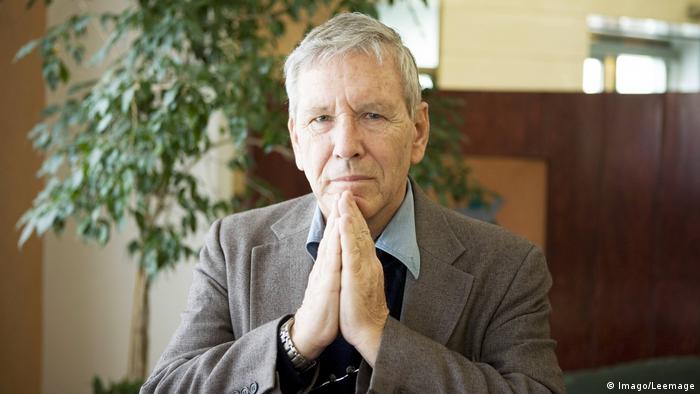 The son of Jewish migrants from Eastern Europe, author Amos Oz was born in Jerusalem on May 4, 1939 at a time when the horrors of the Holocaust were starting to unfold. This was also almost exactly nine years before the State of Israel was proclaimed on land formerly known as Palestine.

While Oz grew up as a "militant Zionist," after the Six-Day War in 1967 he became an early advocate of a two-state solution as the means to end the Israeli-Palestinian conflict.

On the eve of the 70th anniversary of the Jewish State of Israel, Oz' latest work, "Dear Zealots. Letters from a Divided Land,” continues to argue that the granting of Palestinian statehood is "a question of life and death for the State of Israel." The author, whose 40 books have been translated into 45 languages, and who was shortlisted for the Man Booker prize in 2017, talked to DW about the reasons why.

DW: Israel is celebrating its 70th anniversary. How do you feel about that? Will you raise your glass?

Amos Oz: Yes, I will raise my glass because if I compare the kind of world into which I was born to the world of today, it's not that today's world strikes me as paradise or as heaven, but I was born into the world of Nazi Germany — Hitler, Stalin, Mussolini, Franco, the Japanese militarists. I was born in a tiny little enclave of terrified Jewish refugees, less than half a million of them, with no clear perspective of a future, hopes yes, but no clear perspective. So, yes, I think that this very rough, cruel, bloody world of today is less bloody, cruel and hopeless than the world of the early 1940s. 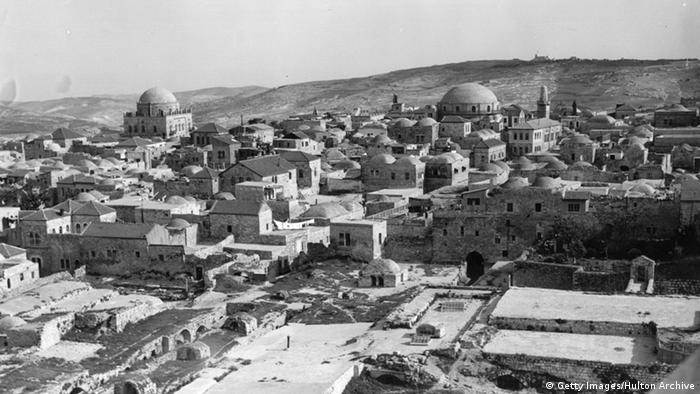 A view of the Jewish Quarter in Jerusalem in the late 1930s, where Amos Oz was born

You were born in Jerusalem before the State of Israel was born. What was it like to live in this Jewish enclave during such a difficult time?

Throughout my childhood, a heavy cloud of pain and disappointment and insecurity hovered over my home, my little street, my neighborhood, Jewish Jerusalem, Jewish Israel. My parents never shared with me their disappointed love of Europe. But I could sense that pain and the longing. I could even guess that they were trying to artificially create a little enclave of Europe in the middle of the heat and arid atmosphere of Jerusalem. So it was a strange world for a little boy, full of secrets, full of family censorship.

You were nine years old when David Ben-Gurion declared Israel's Independence. How do you remember May 14th 1948?

May 14th was a Friday. Jerusalem had already been under Arab siege for two or three months. And the only road which connected Jerusalem to the other Jewish parts of the country was practically controlled by Arabs. From time to time, convoys would supply, would break into the city. But we experienced starvation, lack of water — because the water pumps were blown up by Iraqi troops and Jerusalem had no water — and fear.

In "A Tale of Love and Darkness" you describe how before 1948 you could still go to Arab neighborhoods. How did this change?

A few months before May 14, there was a kind of iron curtain dividing Jerusalem into Jewish and Arab Jerusalem. Some Arab inhabitants in the Jewish neighborhoods migrated to the east and the south of the city. Jewish people from the east and the south migrated to the north and the west for personal safety. After the war of '48 — Israel's war of Independence — Jerusalem was as physically divided as Berlin with the iron wall and minefields and wires and no man's lands and concrete walls.

How do you see Jerusalem now?

I have mixed feelings about Jerusalem. It is fascinating, it is beautiful, it is tragic and it is extremely attractive to all kinds of fanatics or redeemers, world reformers, self-appointed prophets or messiahs. I find this fascinating, but I don't think I would like to live in the middle of this. I need my distance.

I don't know what will happen in Jerusalem but I know what should happen. Every country in the world should follow the example of President Trump and move the embassy in Israel to Jerusalem. But simultaneously there should be an embassy of all countries in the world in East Jerusalem as the capital of the state of Palestine. 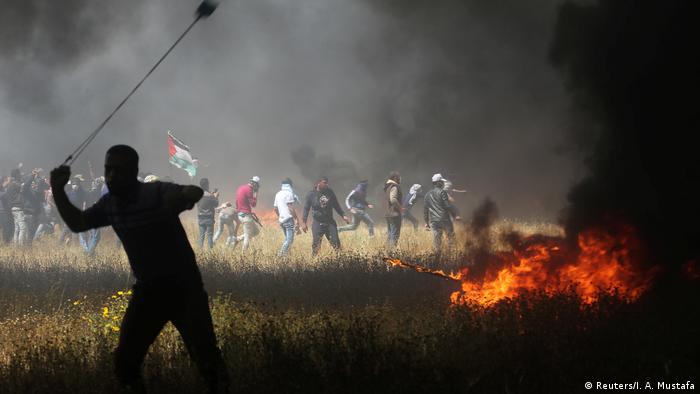 Protests on the Israeli-Gaza border turned violent in early April, 2018. Oz believes Palestinian statehood is the only solution

Why have you long been a strong supporter of the two-state solution?

We cannot become one happy family because we are not one, we are not happy, we are not family. We are two unhappy families. We have to divide the house into two smaller next-door apartments. There is no point in even fantasizing that after 100 years of bloodshed and anger and conflict Jews and Arabs will jump into a honeymoon bed and start making love not war.

In your new book, "Dear Zealots. Letters from a divided land," you write that the Jewish people are indeed a nation and not just a religion. How would you define a Jewish state?

Before I define it I have to make a very strict distinction. It's "The state of the Jews" and not the "Jewish state." A state cannot be Jewish just like a car cannot be Jewish. A state is a vehicle, an instrument. It can be a good instrument, a bad instrument, a rotten instrument, a stinking instrument. A state of the Jews is a different idea. It means, the Jews, same as any other group in the world, have their right to be a majority and not a minority in one small patch of this planet. This is the State of the Jewish people and at the same time it's a state for all its non-Jewish citizens. That's how it should be — not how it is, far from it. 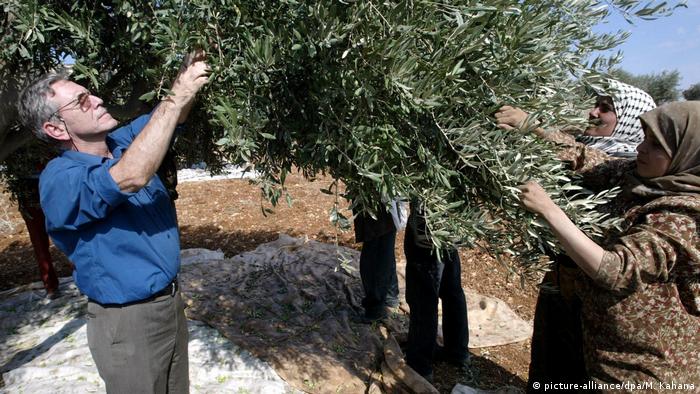 In 2002, Amos Oz picked olives with Palestinian villagers in protest against increasing violence from Jewish settlers

As a little boy, you were yourself a militant Zionist. Why?

I thought that the cause of the Zionist Jews is 100 percent right and anyone who resents or objects or interrupts this cause is an anti-Semite, a racist, a monster. It took me some time to realize that the fulfillment of the dreams of the Jews had a cost. And to a large extent the Palestinian Arabs had to pay this cost. I didn't realize this as a child. I do realize it now.

Where do you see Israel 70 years from now? Or where would you wish it to be?

This is the land of the prophets, there is too much competition in the prophecies business here (laughing). I don't dare to tell you where it will be seven months from now. I tell you what I want. This will be the shortest answer in the whole interview: Peace.

Two well-renowned Israeli authors, Amos Oz and David Grossman, and an Argentine first-time novelist are among the shortlisted finalists for this year's Man Booker International Prize for fiction. (21.04.2017)

Germany's foreign minister ended a 15-hour trip to Israel warning the country against abandoning a two-state solution to the Israeli-Palestinian conflict. He called on Israel to clarify its policy on Mideast peace talks. (31.01.2018)

Palestinian leader Mahmud Abbas is hoping for a greater EU role in Middle East peace efforts amid a row with the US. But it seems unlikely he will secure concrete commitments when he meets EU foreign ministers Monday. (22.01.2018)