Foods from Israeli settlements must be specially labeled, allowing consumers to mull ethical considerations while shopping, the ECJ has ruled. A Jewish association slammed the ruling as "purely discriminatory." 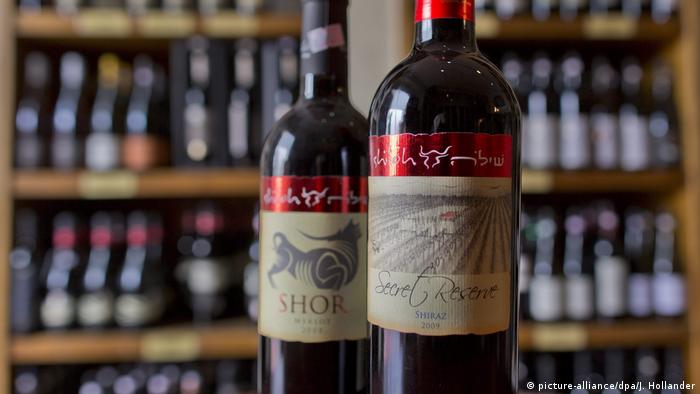 Foodstuffs originating from Israeli settlements must be marked as such, the European Court of Justice (ECJ) ruled on Tuesday.

The European Union's top court ruled that member states must oblige retailers to identify products made in Israeli settlements with special labels.

The issue has been politically divisive — Israel considers the labeling of settler products to be discriminatory and takes a highly critical view of it.

France's top tribunal sought clarification from the ECJ after the country published guidelines in 2016 that products from Israeli settlements in the West Bank and Golan Heights must carry labels making their precise origin clear. The guidelines were challenged by the Organisation Juive Europeene (European Jewish Organization) and Psagot, a company that runs vineyards in occupied territories.

The groups were concerned that such labeling would facilitate boycotts, such as those endorsed by the Boycott, Divestment and Sanctions (BDS) movement, which Israel sees as anti-Semitic.

The ECJ found that simply indicating that goods originate in the state of Israel, as opposed to occupied territory, could mislead consumers about the fact that Israel "is present in the territories concerned as an occupying power and not as a sovereign entity," it said in a statement.

It said product information must allow consumers to make informed choices relating "not only to health, economic, environmental and social considerations, but also to ethical considerations," as well as the observance of international law.

The regions affected include the West Bank, annexed east Jerusalem, internationally accepted as occupied Palestinian land, and the Golan Heights, taken from Syria in 1967.

The EU does not accept these territories as belonging to Israeli territory.

Erekat welcomed the ruling and called for a complete ban of settlement products. "Our demand is not only for the correct labeling reflecting the certificate of origin of products coming from illegal colonial settlements, but for the banning of those products from international markets," he said in a statement.

The European Commission defended its stance. "The EU considers settlements and occupied territories illegal under international law," commission spokeswoman Mina Andreeva said, noting that the ruling does not affect products from Israel, which has a privileged trading relationship with the bloc. "The EU does not support any form of boycott or sanctions against Israel," Andreeva said.

"I think that everyone should make up their own mind when they're purchasing perfectly legitimate goods — whether they want to buy it or not. I don't think you need to inject politics into everything and definitely not into the European court," he told DW.

"The verdict is not the problem," he told DW. "The problem is the politics of the European Commission. What is presented as consumer protection is actually foreign policy."

"And the European Commission is apparently only applying international law when the issue is about Israel," added the noted pro-Israeli politician. "That is really one-sided and it matches the definition of anti-Semitism by the International Holocaust Remembrance Alliance."

Klaus Ernst, a German Left party MP and the head of the parliamentary committee for economy and energy, praised the court's decision and disagreed that the ruling  was anti-Semitic.

The ruling clears up legal questions over the issue, "namely that Israel also has to take the United Nations seriously and to implement the relevant [UN] resolutions," Ernst told DW. "Israel is not doing so, and to criticize that is not anti-Semitism."

The adviser has said that labeling must take "ethical considerations" into account. The advice was given as the top EU court is set to review a labeling policy put in place by France in 2016. (13.06.2019)