EU rules against Israeli goods produced in West Bank | Europe| News and current affairs from around the continent | DW | 25.02.2010 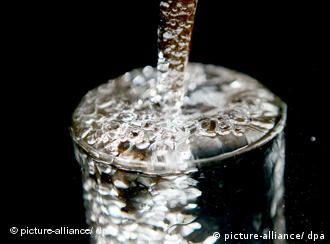 The EU's highest court ruled Thursday that goods produced by Israeli companies based in the Palestinian territories do not qualify for duty-free import into the European Union.

An EU deal with Israel allows the country's industrial products to be imported to Europe without customs duties. A similar deal with the Palestinian Authority applies to goods produced in the West Bank and Gaza Strip.

The decision comes after German drinks manufacturer Brita applied to import soda water makers and drink syrups made by Israeli firm Soda Club, based in the West Bank settlement of Mishor Adumin, under the customs break. German customs officials ended up refusing the privilege.

The court's ruling now clarifies that only goods made within Israel's pre-1967 borders qualify. "[Israeli] products originating in the West Bank do not fall within the territorial scope of the [EU]-Israel agreement and do not therefore qualify for preferential treatment under that agreement," the European Court of Justice said in a statement.

The European Union does not recognize Israel's occupation of the West Bank, a controversial issue in the ongoing Middle East peace process, as legal. Instead, the EU supports the establishment of an independent Palestinian state as part of a negotiated agreement with Israel.

The European Union has urged Israel to reconsider plans to build new apartments in East Jerusalem. The EU said it was illegal under international law to construct further settlements on occupied Palestinian land. (28.12.2009)

Five years ago, Palestinian leader Yasir Arafat died. His successor, Mahmoud Abbas, was hailed as one who could bolster Mid-East peace prospects. But today, a Palestinian state alongside Israel is far out of reach. (10.11.2009)