Thousands of Israelis have been taking to the streets to protest the government’s handling of the coronavirus crisis. Now, as Israel grapples with a second wave, Prime Minister Netanyahu is under increasing pressure. 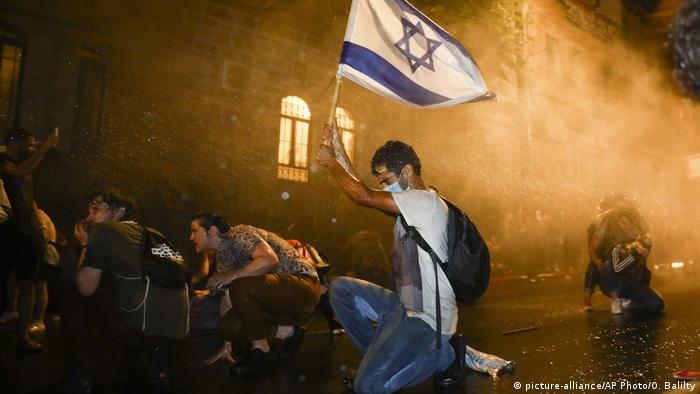 Maggie Shahar drove for two hours by car from the northern Israeli town of Pardes Hanna to protest outside Prime Minister Benjamin Netanyahu's residence in Jerusalem. "The situation really sucks. I don't know if I can change anything, but at least I am doing my best not to be silent," says Shahar, a school psychologist who came along with a group of teachers.

For the past two weeks, demonstrators from different walks of life — teachers, self-employed people, small business owners, social workers — have voiced their frustration over the government's response to the outbreak of the pandemic, which has taken a steep economic toll. On Monday, nurses also walked out on strike. 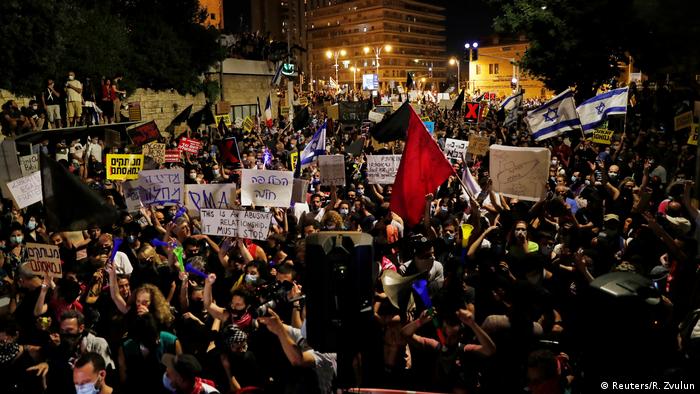 Thousands over protesters have gathered outside Netanyahu's residence in recent days

The so-called "Black Flag" movement has gained momentum. It protests against what its members see as the erosion of Israel's democracy and calls for the resignation of Benjamin Netanyahu.

On Sunday, after another night of various protests in Tel Aviv, Jerusalem, and other cities, columnist Ben Caspit with the daily Ma'ariv wrote: "The public has headed onto the streets. This time, it isn't just a specific sector. It spans sectors, camps, and hearts. Netanyahu understands what is happening here, and that is only going to ratchet up the panic and lunacy on Balfour Street [where the PM resides] in the coming number of weeks”.

While public anger mounts, the prime minister remains a divisive figure. Approval ratings for his handling of the crisis have dropped sharply. However, Netanyahu's Likud party remains the most popular according to some surveys —  at least until now.

But among some protesters in Jerusalem, there is the sense that the "national emergency government," headed by Netanyahu and created to tackle the Corona pandemic, is not doing its job. "Most here are demonstrating for Bibi to go. We want a reasonable government that will not disrespect its citizens. We don't want everyone replaced, just that they keep their promises," says Amit Tschisik, a young tutor for autistic children from Haifa.

"People need to understand that the situation —  with some of us losing our jobs —  affects every one of us. And we are here to speak for those who might be too afraid to come because of the coronavirus." 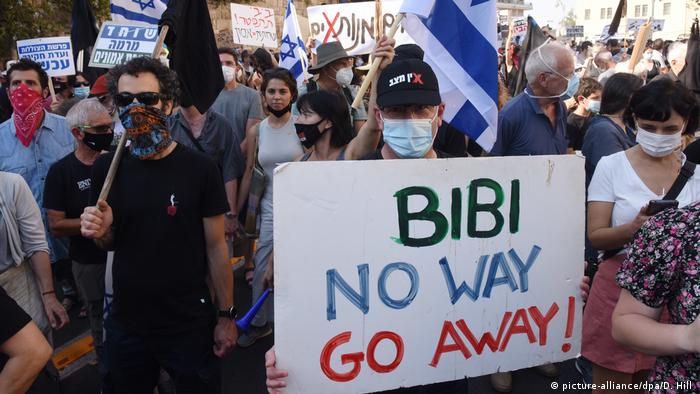 In the beginning, Benjamin Netanyahu was hailed for swiftly closing the country's borders and enforcing strict measures to contain the pandemic. But it came at an economic cost, as unemployment rose from under 4 percent to over 25 percent by late April.

By early May, Israel's infection rate was reduced to single-digit numbers and relaxation of the lockdown began. Now, two months later, however, Israel finds itself in the middle of what experts describe as a dramatic second wave — with a recent trend of close to 2000 new infections per day.

Health and economic experts have pointed out the lack of preparations for a second wave, the absence of a comprehensive tracing system, and officials' erratic decision-making process as reasons for the renewed outbreak.

With more than one in five Israelis still unemployed and new restrictions lined-up, Benjamin Netanyahu faces mounting public anger over his government's handling of the crisis. He recently acknowledged that he reopened the economy too soon.

"The government has failed to provide long-term solutions or even medium-term solutions. There is no planning, there is no transparency," wrote Amos Yadlin, director of the Institute for National Security Studies, in the daily Yedioth Ahronoth on Sunday. 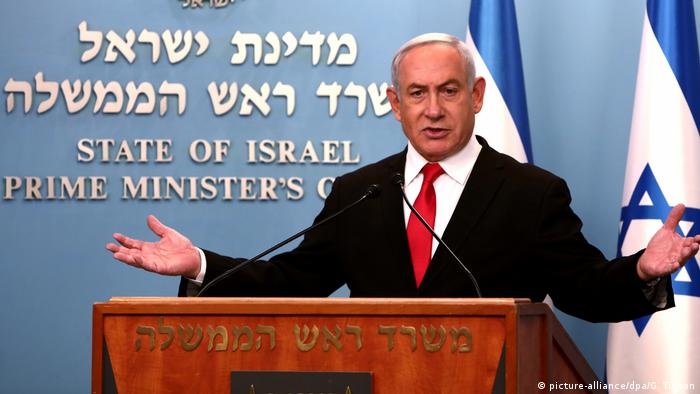 Netanyahu's Likud party remains the most popular in Israel, despite the protests

Meanwhile, Netanyahu's trial continued on Sunday, albeit without the defendant present. The next phase, which hears witness testimonies, was set for January 2021.

Netanyahu, who denies any wrongdoing, faces corruption allegations in three cases of bribery, fraud, and breach of trust. The timing of the trial could not come at a worse time for the prime minister, who seems to be increasingly under fire.

To douse the flames, Netanyahu proposed cash handouts for Israeli citizens and urged them to spend money and buy local products to support the economy. Under the plans 6 billion shekels (€1.53 billion) plans, every individual will receive 750 shekels (€190), while families with three or more children will pocket 3,000 shekels (€750).

But even this rollout did not go smoothly. Netanyahu's office had to clarify that the payouts would not go to the country's highest earners or senior civil servants, following criticism across the country that the money would also go to people who did not need it and had not been severely affected by the pandemic.

"It's nothing, it's a joke. And it sounds like [Netanyahu] is doing it so we will say thank you and stay at home," says Anat Maimon. The young teacher from Hadera attended the protest opposite Netanyahu's residence with her husband, who has lost his income as an independent soccer coach in recent months.

"Most of the people you see around me are tired of Netanyahu, but I'm not sure if you can say this about most Israelis," says Maimon. "I want someone who will care about the people and will put us in first place. It feels like no one is listening to the people."