Germany's spy agency has warned that the "Islamic State" (IS) is infiltrating refugee groups to get into Europe. Officials and analysts are now looking into methods by which potential terrorists can be spotted early. 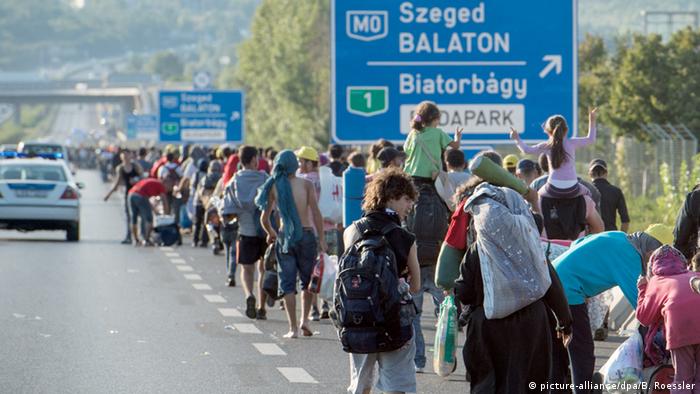 On November 13 last year, three teams of militants from the so-called "Islamic State" (IS), armed with Kalashnikovs, stormed the Stade de France stadium, the Bataclan concert hall and several pubs in Paris. The rampage left 130 people dead, 85 of them in Bataclan, where the band, the Eagles of Death Metal, was playing.

Meanwhile, investigations have revealed that all nine men involved in the attacks had traveled to Europe together with the stream of refugees that entered the continent in 2015. According to German weekly "Welt am Sonntag," the country's spy agency, the "Bundesnachrichtendienst," (BND) has warned that IS is specifically training terrorists to merge with asylum seekers looking for safer havens in Europe. The report's authors say that the BND suggests that terrorists train potential attackers on how to answer questions during border interrogations so they can prove their credibility as refugees.

The spy agency has refused to comment on this matter. Responding to an email query by DW, an agency press spokesman said: "Basically, the BND communicates its information only to the German government or to responsible bodies of the German parliament in confidential sessions." 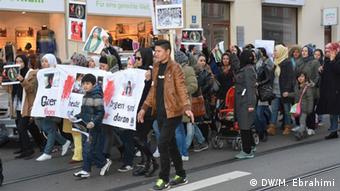 Regardless, the fact that IS terrorists have slipped into the continent with hundreds of thousands fleeing from war in the Middle East is nothing new, says Susanne Schröter, expert on Islamic terrorism at Frankfurt University. "This was known since the beginning. I warned about such a possibility even before there were any examples of terrorists slipping in," she told DW.

"This is because IS announced that it would send attackers to the continent through the route which refugees were taking. At the time, politicians denied this," she added, referring to over 1 million refugees from Syria and Iraq, who landed in Europe last year. The situation in European countries like Germany, which took in over 840,000 refugees in 2015, was difficult. Border controls had to be given up and many of those coming in could not be registered by authorities properly, compounding the problem, Schröter said.

The steady flow of refugees at the time also unleashed a sequence of violent attacks against asylum seekers, especially in the states of former East Germany. "Our leaders thought, if we now admit that there could be terrorists among refugees, then it would serve as fodder for right-wing populists and lead to more anti-migrant feelings. So they played it down, but ultimately that was not the right thing to do," the analyst said. 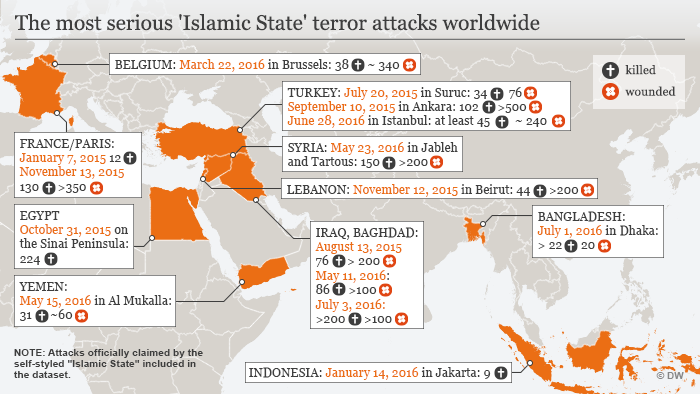 Bataclan was not the last target on the list of attacks in Europe. A major attack on Brussels' main airport and an underground station on March 22 this year killed 32 people and wounded many others. Smaller knife attacks and a suicide explosion in the southern German town of Ansbach shook the country and Europe. Most of these attackers were refugees themselves or had contacts with asylum seekers, highlighting the fact that the newcomers were especially vulnerable to terrorist recruiters. "There are different kinds of people who come in as refugees. They have different political backgrounds and there are some who are close to IS, and some who have fled from IS," said Schröter.

Most of the asylum seekers who come to Europe are young men, who are disillusioned when they land in Europe, because smugglers have promised them something completely different, like more money, a house and a car, Schröter said. The long registration and waiting process until they finally know what is going to happen to them, adds to the discontent, she explained. Many people simply leave refugee homes and never return, and terror groups and Islamic fundamentalist organizations, like Salafists, use this to their advantage and recruit young people to stage attacks.

One option to prevent potential terror attacks is to have a more precise registration process, Schröter said, adding that the state will have to monitor people more closely. The possibility of terror attacks and cyber invasions has now prompted the German spy agency BND and the domestic intelligence organization, the Federal Office for the Protection of the Constitution, to plan a 73 million euro ($78 million) project for supervising internet and telecom messaging services.

The agencies have not revealed exact plans, but according to a combined report by the "Süddeutsche Zeitung" daily, and public broadcasters WDR and NDR, the BND wants to react faster to messages sent on mobile services like "WhatsApp." The agencies justify the project, called "Panos," by saying that the "security of Germany and its citizens can no longer be taken for granted.

It is likely that the heightened supervision of communication channels will affect normal citizens and refugees not involved in terrorism. But, as Schröter says, "considering the present situation, there could be nothing worse than a big terror strike, not only because of the possible victims, but also because of the effect it will have. And that is why everything needs to be done so that there is no big attack."

More "Islamic State" (IS) terrorist suspects have traveled to Germany among incoming refugees than was first thought, the Federal Criminal Police has said. Germany's Left has warned against anti-migrant scaremongering. (11.05.2016)