Islamic Group Plans to Double Number of Mosques in Germany | Germany | News and in-depth reporting from Berlin and beyond | DW | 13.10.2007

Islamic Group Plans to Double Number of Mosques in Germany

Germany's Muslim community is planning to more than double the number of mosques in the country over the next few years, according to figures released by an Islamic institute this week. 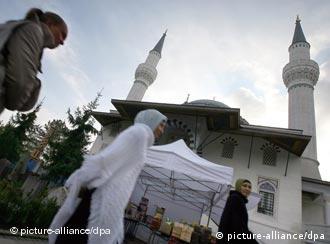 Some in Germany are uncomfortable about more mosques being built

"We have recorded 184 projects to build new mosques, of which some are already under construction," Salim Abdullah, of the German Institute of Islamic Archives, told the AFP news agency this past week.

"We are talking here about buildings with a dome and a minaret, which are clearly recognizable from the outside, and not the 2,600 prayer areas housed in various buildings throughout the country," Abdullah added.

Of some 1,200 institutions used as mosques in Germany, only 159 are recognizable mosques, serving a community that numbers over 3 million. The remaining are so-called "backyard mosques," meaning they are in rooms in buildings that have other purposes or would not obviously appear to be mosques to unaware passers-by. In 2004, mosques with minarets numbered just 141.

The growth in the construction of mosques over the past two decades has made Germany one of the "best-equipped" countries in Europe for Islamic worship, Abdullah said. 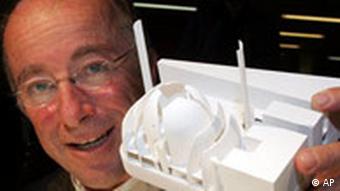 Plans to build one of the biggest mosques in Europe in the western German city of Cologne have been opposed by Christian leaders and far-right politicians.

The mosque is being planned by the Turkish-Islamic Union for Religious Affairs (DITIB), Germany's biggest Muslim group.

The Central Council of Ex-Muslims has also spoken out against the project. Speaking on German public radio, Mina Ahadi, chairwoman of the ex-Muslims group, argued that were already enough mosques in Germany.

"If more mosques are built, then women are put under increased pressure and even more children will be sent to school in headscarves, and become isolated," she said.

While the number of mosques is growing, the doors are slamming shut at Christian churches across the country.

In recent weeks, a church in the Neukölln neighborhood of Berlin was sold for 550,000 euros to the Muslim Association of Intercultural Centers, which plans to turn it into what it calls a "house of peace."

Do you think Christian churches should sell houses of worship to other religions? Send us your comments and please include your full name and country in your reply.