In Search of Germany′s Religious Identity | Germany | News and in-depth reporting from Berlin and beyond | DW | 14.09.2007

It's no secret that both the Catholic and Protestant churches in Germany have long faced the problem of shrinking congregations, but has the nation irrevocably turned its back on its religious heritage? 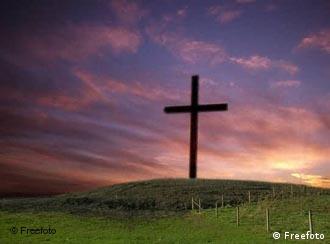 What does the cross mean for Germans today?

In the past six decades, the number of German citizens belonging to one of the country's two main churches has fallen from 94.4 to just shy of 62 percent. And although the trend has slowed, there is no indication of a reversal. 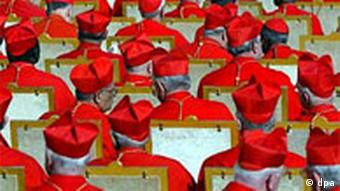 Many young Germans are alienated from religion

Carsten Frerk who runs FOWID, a research group on belief systems in Germany, says the church has lost its power and, perhaps more crucially, it has lost the nation's youth.

"Children in Germany are no longer born into a religion in the way they used to be," Frerk said. "Young people are not forced into a religious culture anymore."

The younger generations have too many choices at their disposal and this is what keeps them away from making binding ideological decisions. According to Frerk, the rate at which young people break away from religious groups will soon put non-denominational Germans in the majority.

"One percent of Christians are leaving the church every year," he said. "So in 20 years from now, they'll be the minority."

But opinions divide on whether Germany has irrevocably turned its back on religion.

Hubert Seiwert, a professor of comparative religious studies, says that although there is a widespread belief that religion and all things modern stand in direct opposition to one another, the death knell has yet to toll for Christianity in Germany. 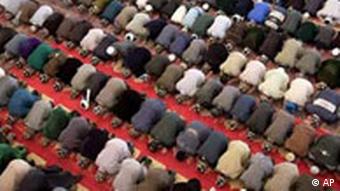 Is Islam in Europe making Europeans more aware of their Christian roots?

At the moment, the tendency in German society is to talk about religion in the context of conflicts, but not otherwise.

"Take the Islam issue for example," Seiwert said. "That is something people are taking seriously."

But discussions about Islam and its role in western, secular societies have prompted many Germans to re-examine their own religious roots.

"Suddenly people are talking about Europe having a Christian identity," he said.

According to Reinhard Holmer, Director of Germany's Evangelische Allianz, an association of evangelical Christians, people are nowadays, in fact, beginning to ask more questions about what religion can offer.

"Religious issues are becoming more mainstream and people want to know what answers the church can provide," Holmer said. 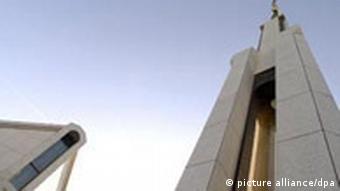 German Mormons are welcoming new members to their church

For many, those answers have not been satisfying enough to keep them coming back for more. But just because people have left the largest church communities doesn't always mean they have turned their backs on religion, or indeed Christianity, entirely.

"Some people leave the church because it is too lackadaisical while they are looking for something more charismatic," Seiwert said.

Although such leaps of faith are the exception rather than the rule, Seiwert claims a growing number of people are seeking spiritual fulfillment outside the mainstream churches. And there are literally dozens of alternative religions -- Christian and otherwise -- waiting to welcome new recruits into the fold. Some have to wait longer than others.

Ralf Grünke, spokesman for Germany's Church of the Latter-day Saints -- also known as Mormons -- says 1,066 people of all denominations have joined its ranks over the past two years. 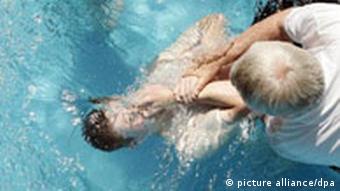 Smaller religious groups in Germany are often looked upon with skepticism

"The church is attractive to people of all backgrounds," Grünke said, "because it is lively and our sermons are conducted by laypeople rather than vicars."

The Jehovah's Witnesses in Germany record an average annual increase in membership of between 0.5 and 1.5 percent. Other groups, such as the Bible Fellowship Church and the Seventh-Day Adventists also claim to have witnessed a small increase of members over the past years.

According to Seiwert, memberships are unlikely to go up unless attitudes towards the lesser-known religions in Germany are changed.

"We are warned against smaller groups which are not a part of the main church," he said. "And decisions to join them are met with skepticism."