Why has US President Trump changed his stance on Washington's "one China" policy? In a DW interview, China expert Jan Gaspers says that despite Trump's affirmation, Sino-American ties will remain complicated. 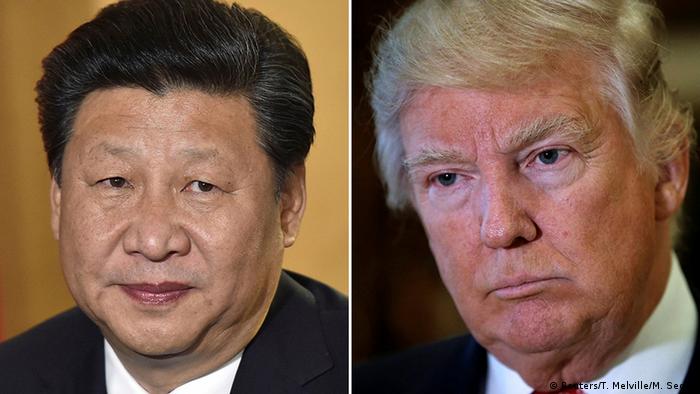 Before taking office, Trump had questioned Washington's adherence to what's commonly called the one China policy, according to which there is only one China in the world and the government in Beijing is its true representative.

US President Donald Trump affirms respect for the "One China" policy in his first conversation with China's leader since Trump's inauguration. The position acknowledges China's sovereignty over Taiwan. (10.02.2017)

As Donald Trump prepares to take over the reins of the White House, observers worldwide remain unsure and concerned how the US policy toward China would shift under a Trump presidency. DW examines. (19.01.2017)

Any country that wants to establish diplomatic relations with the People's Republic must recognize the one China policy, relinquish official ties with Taiwan and limit weapons exports to the territory. The US has complied with these demands for the past 37 years, although Washington has retained many back channels with Taipei.

Trump's seemingly aggressive rhetoric on the issue has rankled authorities in Beijing and caused serious concerns about a potential shift in the US policy with regard to Taiwan.

In a recently published report, a panel comprised of former US officials and scholars recommended the Trump administration avoid the collision course with China on Taiwan, calling such a move "exceedingly dangerous."

Now that Trump is willing to adhere to the one China policy, questions arise as to what prompted the US president to change his position.

In an interview with DW, China expert Jans Gaspers says that the US-Chinese relations remain complicated, but for now the Trump administration wants to offer an olive branch to Beijing.

DW: During the election campaign, and even after getting elected as president of the United States, Donald Trump criticized China and also questioned Washington's longstanding one China policy. What made him change his position on China?

Jan Gaspers: The one China policy is not a bargaining chip in the overall restructuring of bilateral relations. On the contrary, this restructuring - a stated aim of Trump's - can only take place on the condition that this policy is not to be touched. It is not open to negotiation at all.

Last week, US Secretary of State Rex Tillerson and Defense Minister James Mattis made their position clear on the issue. Tillerson had advised Trump before the telephone call with Xi that the policy is important for Washington. Again, the adherence to this policy is vital to the reformulation of ties in other areas. 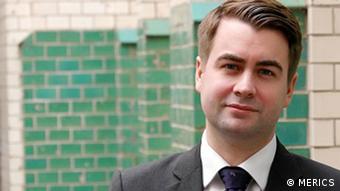 Do you think that Trump will really commit to the one China policy, given his unpredictability?

Yes, the word "unpredictable" describes the situation. It is difficult for observers to make predictions at the moment. Donald Trump is incredibly unpredictable.

But again, given the fundamental importance of the one China policy in the US-Chinese relationship, I do not think that the new US administration will deviate from it. I think there will likely be other conflicts with Beijing, but the Taiwan issue will not be at the forefront.

Will President Trump, after changing his tone on the Taiwan issue, now put pressure on Beijing over trade and economy?

I think so. It seems pretty clear and has been debated in Washington for weeks. The US government will likely take an aggressive stance on these fronts.

Why did Trump take so long to make a phone call to President Xi?

Trump, along with his administration officials, probably wanted to send a signal by not rushing to make a call to the Chinese president. There could have been other reasons too.

It was no coincidence, however, that the phone call was made shortly before the Japanese PM Shinzo Abe's US visit. With his call to Xi, Trump sent a positive signal to Beijing at the right time.

Furthermore, the new US government has to put things in order. There seem to be different views in the Trump administration on how to deal with China; not only on the one China policy or trade disputes, but also in relation to the South China Sea row. It does not help that experienced staff in the State Department have left in droves. The situation is not necessarily helpful for a president who is inexperienced in foreign policy and now has to position himself effectively against an important country like China. It is a sign of administrative weakness.

Jan Gaspers is head of the European China Policy Unit (ECPU) at the Berlin-based Mercator Institute for China Studies (Merics).

The interview was conducted by Hao Gui.