Is rapid urbanization making Pakistan′s cities less livable? | Asia | An in-depth look at news from across the continent | DW | 05.10.2020

For developing countries, urban development is synonymous with economic growth and progress. In Pakistan, however, city planning experts say rapid urbanization is starting to cause more harm than good. 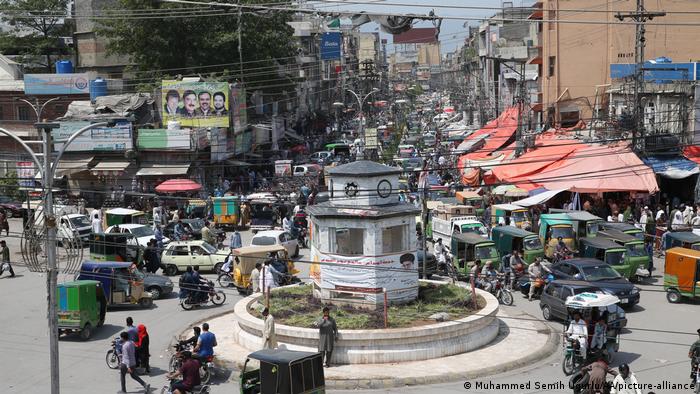 Lahore, the capital of Pakistan's Punjab province, is shrouded in plumes of smog from October to February every year as crop burning  exacerbates the city's air pollution problem.

The monsoon season this year brought the southern city of Karachi, Pakistan's financial hub, to a standstill as the city experienced its heaviest rainfall in a single spell since 1931 and massive flooding. Its poor waste disposal and drainage systems aggravated the problem of water logging in parts of the city, which is home to roughly 15 million people.

Islamabad, Pakistan's capital, is a "planned city" that came in to being in the 1960s. Over the years, however, many informal settlements and ad hoc developments have worsened housing and traffic woes for the city's residents.

"I couldn't have imagined a few years ago that I would get stuck in traffic but now it is an everyday reality. The authorities keep widening roads as a solution but it's making traffic worse and making this once green city, grey," said Islamabad resident Amir Tariq.

Rather than being sites of development, democratization and opportunity, Pakistan's cities are fast becoming hubs of gross inequality and unlivable for many people, particularly as private economic interests outweigh public goods. 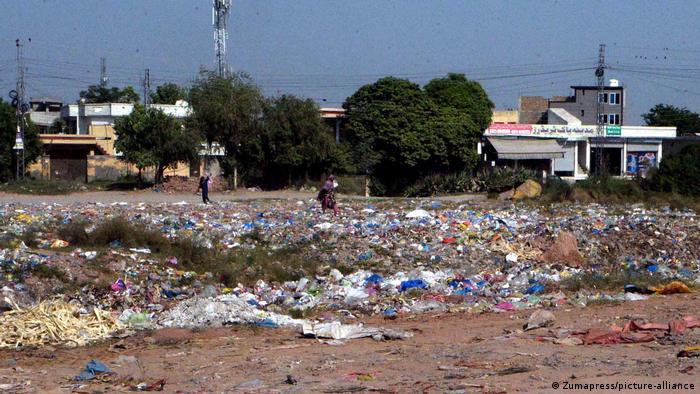 Overpopulation means more trash, like the pile of garbage seen here in Islamabad

According to the United Nations Development Program, Pakistan has the highest rate of urbanization in South Asia, with 36.4% of the population living in urban areas. The UN estimates that by 2025 nearly half of the country's inhabitants will be living in cities.

Globally, it is estimated that cities generate about 80% of the gross domestic product (GDP). Cumulatively, cities in Pakistan generate 55% of the nation's GDP. Multi-dimensional poverty in cities is also generally lower compared to that in rural areas.

However, income inequality and limited access to mobility and resources such as water, job opportunities and housing are growing problems in every major city of the country.

Compounding the problems are the government's and city planners' focus on economic growth.

"Our cities are planned for exclusion and are poor unfriendly. Cities are over-planned rather than organic as the colonial paradigm is still used. So the privileged get resources and space, while poor people are in shantytowns," Nadeem ul Haque, vice-chancellor of the Pakistan Institute of Development Economics, told DW.

The United Nations' world cities report named Karachi's Orangi town, home to around 2.4 million people, as the largest among the world's five biggest slums. Karachi has also found a place in the Economist Intelligence Unit's 10 least livable cities in the world.

Around a quarter of the world's urban population live in slums — and the figure is rising fast.

Slums in Pakistan are the lifeblood of the city, housing people engaged in all sorts of professions – from cleaners, drivers and electricians to cooks, plumbers and domestic workers, among others, who allow the city to function optimally. 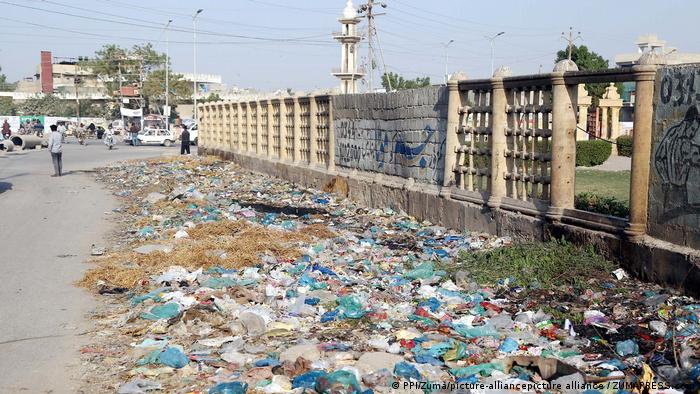 Nevertheless, there is no state-funded housing or welfare for these workers.

Impoverished slum residents sometimes turn to suicide. In February, a 44-year-old Orangi town resident died by setting himself on fire. A letter addressed to Prime Minister Imran Khan was found in the deceased person's pocket, in which he criticized the government for not providing Pakistanis opportunities for adequate income and housing.

Read more: Urban flooding — who is responsible for Karachi's woes?

Noman Ahmed, director at Karachi Urban Lab, believes that the government alone cannot tackle Pakistan's urban housing problem. To make cities more livable, he said, there must be an integrative approach to urbanization that views housing as a process and not a product.

"No housing census has been done since 1998, which poses problems in proper planning. Housing cannot be directly subsidized due to the enormity of the cost and resource intensiveness. The government can help create enabling options for people to build their own houses and other facilities," Ahmad told DW.

"In 2016, we successfully rallied against the cutting of 240 very old trees in Islamabad and even though the trees were eventually cut, it was the first time citizens of Islamabad came out in large numbers to demand a greener, cleaner city," Saleem told DW.

The Orangi Pilot Project's low-cost sanitation, health, housing and microcredit programs empowered residents to make this slum much more livable for themselves as it was a squatter community, and did not qualify for government aid due to their "unofficial" status.

Shehri, meaning "citizen," is an organization that's successful in shaping dialogue and organizing resistance to various government policies and actions that are detrimental to urban prosperity.

As urbanization in Pakistan increases rapidly, Saleem underlined, problems are growing, but so is citizen action against them. So there's still hope to turn around Pakistan's urbanization from problem to progress.