Acute water shortage in Bengaluru, nicknamed the Silicon Valley of India, has prompted warnings it would be the next major global city to potentially run out of water. Conservationist Vishwanath Srikantaiah disagrees. 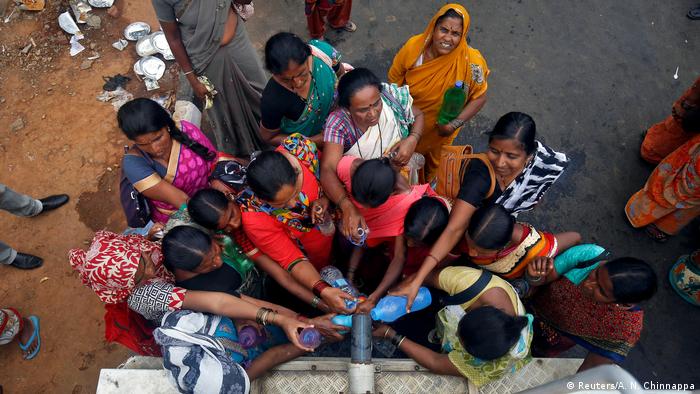 The southern city of Bengaluru has been described by some as India's Cape Town due to its severe water woes. Many warn the tech capital's future appears grim in terms of meeting the demand for water for its over 10 million inhabitants.

It's a story that's been covered extensively by both Indian and international media. But when DW recently travelled to the city to explore the crisis, it found that not everybody finds the situation so dire.

Vishwanath Srikantaiah, one of the city's foremost water experts, underlines that the problem in Bengaluru is not one of resources, but of distribution.

DW: You've said there are problems with the way Bengaluru's water crisis has been defined. How would you define the problem?

Vishwanath Srikantaiah: The city of Bengaluru is located 920 meters above sea level — it's 100 kilometers from the Cauvery river. It's been facing a water problem since 1894. The problem right now is not one of resources, because we get 1.4 billion liters of water from Cauvery. The problem is one of distribution, where this water is not equally distributed to all the populace.

If we address the distribution issue, then much of the problem will be resolved by focusing on getting universal connections. Every house and every building in Bengaluru should be connected to the network of the Bangalore Water Supply and Sewerage Board (BWSSB). 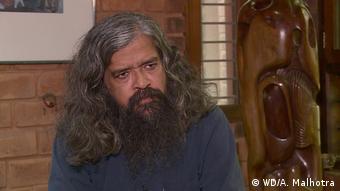 Srikantaiah: 'If we address the distribution issue, then much of the problem will be resolved by focusing on getting universal connections'

The voice of the tech community, in particular, has been amplified by a lot of the media coverage around Bengaluru's water issues. Do you see any problems with that?

A part of the city — which is Sarjarpur Road and Electronic City on Hosur Road — is fast expanding thanks to the software industry in the electronic sector. This is also getting a lot of residential buildings, and unfortunately they are not connected to the city network. These are people who complain the loudest about water shortages because they are completely dependent on water tankers or bore wells. If the BWSSB lines reach these places then the problems will be addressed to a large extent.

The issue is that the tech community has the people with the loudest voices, and sometimes their voices distort the problem's definition itself. It's made out as though the resource is running out — it's not so. Equity is the issue, and allocation is the issue, which will come with infrastructure.

So do you think much of the international media coverage of this issue has oversimplified the situation?

There have been media reports comparing Bengaluru to Cape Town and imagining a D-Day where the taps will dry and citizens will have to scrounge around for water. That's unlikely to occur because the entire Cauvery catchment in Karnataka is at the service of the city. Four dams are unlikely to dry out.

Bengaluru only takes about 7 percent of the total water allocated to Karnataka from the Cauvery river. So the resource is not going to run out. What will happen is the distribution will become more and more difficult as the city sprawls and its population grows.

Still, there are obviously water shortage problems in the city. Why has the situation reached this point?

Over the last ten years, Bengaluru's metropolitan area has grown from about 280 square kilometres to some 1,250 square kilometers now. So the sheer geographical spread of the city has resulted in the public utility not being able to extend its infrastructure.

What's happening is that the city is growing on all four sides. The water, however, comes from the southwest. So areas to the northeast and the east are particularly susceptible to water shortages.

But good examples are also coming out. For instance, a lake called Jakkur has been revived, filled with treated wastewater and storm water. This recharges the groundwater aquifer and then the groundwater becomes available as drinking water.

Waste water is converted into drinking water through these examples. These decentralized solutions — of rainwater treatment, rainwater harvesting, groundwater recharge and demand management through proper tariff will be the way out for Bengaluru, even with its sprawl.

India’s tech hub may be paying the price in water

Water sources like the Cauvery might be there, but we've seen so many bore wells that have been dug in the city, deep into earth, depleting the city's groundwater reserves. Is it not a worry that they will run out?

Well, we get about 1,400 million liters from the Cauvery. We will get an additional 775 million liters [through a deal between BSSWB and Japan]. That's a total of about 2,175 million liters. But what falls in the city as rain, is the equivalent of 3,000 million liters a day. The best way to make good use of that water is to pick it up and put it into the aquifers.

In that way, we will convert the 3,000 million liters per day of rainwater into groundwater and aquifer water, which will bring up the water table. The bore wells will be full and the city will have water security.

Is it happening already? At a large enough scale?

We have, at the moment, about 100,000 rainwater harvesting structures. We have about 10,000 wells full of water. And we have had zones where the groundwater table has come up to as low as 6 meters, from a point where it was around 300-350 meters. So there are pockets of success, which need to be distributed more evenly for the whole city to be covered.

Even if you feel some of Bengaluru's techies might be distorting the water crisis, are you heartened at all to see the various citizens initiatives that have sprung up to tackle the problem?

This city has been a pioneer in finding solutions for its water crisis. I'm sure that the city will find its way out. It will take some time, and it will take some patience. But in this era of shrill complaints and media coverage, sometimes it becomes difficult to focus on the solution rather than the problem.

Vishwanath Srikantaiah is a well-known water activist and an educator based out of Bengaluru.

The interview was conducted by Ashish Malhotra.

Tensions over Cauvery between Tamil Nadu and Karnataka, which speak two different languages, date back over 100 years. Despite a recent Supreme Court ruling, the dispute seems set to run on. Vasudevan Sridharan reports. (02.03.2018)