Is a Trump-Kim meeting a recipe for disaster? Or so crazy it just might work?

Could casting aside years of unsuccessful foreign policy help the US break what has become a dangerous impasse? Donald Trump believes he has what it takes to bring Kim Jong Un and his nuclear arsenal into line. 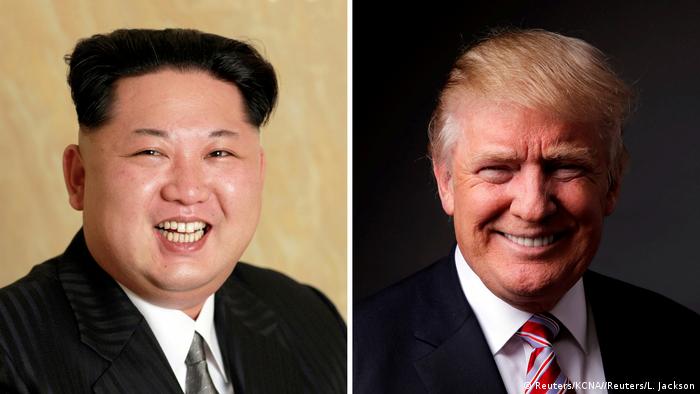 They've called each other "Little Rocket Man" and a "mentally deranged dotard." After trading public insults and military threats, could an antagonistic duo strike a denuclearization agreement that decades of diplomatic efforts failed to produce?

US President Donald Trump believes he has the reputation for deal-making and the instincts needed to bring North Korean leader Kim Jong Un and his nuclear arsenal into line.

"It's certainly possible that the two men will understand each other on a deeper level because of their own sense of self-importance," said Isaac Stone Fish, a senior fellow at the Asia Society in Washington, DC. "The two men might end up really respecting each other. We've seen glimmers of that from Trump when he made comments about Kim Jong Un taking over family business at age of 27, which is same age Trump took over his [family's business]."

Yet many stunned foreign policy observers see Thursday's extraordinary announcement as a foolhardy gamble that will grant a dangerous regime the international legitimacy it craves.

South Korea's national security adviser Chung Eui-yong told White House press that North Korea's Kim would like to sit down with Trump, and that the country would be willing to temporarily suspend its nuclear and missile testing while the meeting took place. Even more shockingly, the US president immediately accepted the invitation without preconditions. A day later, the White House tried to suggest the meeting was not in fact a done deal.

If the encounter does take place it would be the first time an American president meets with a North Korean leader while in office. It's not a coincidence that this arrangement is unprecedented; North Korea has been trying to arrange a meeting with a sitting US president for decades, and there are many reasons why they've been rebuffed.

The meeting that US and South Korean officials said would take place before the end of May carries sizable risk. North Korea wants to be taken seriously on the world stage, and its nuclear weapons afford it plenty of attention. By meeting face-to-face with Kim Jong Un, Trump would be extending international legitimacy to a country that's carried out sweeping human rights abuses. A meeting could also be a ploy to give Kim time to further develop his nuclear weapons program.

Bringing the B-team to the table

Any deal would require crafting detailed and nuanced measures to rein in North Korea, but the Trump administration has slim pickings when it comes to expert advice on complex negotiations. The State Department's top diplomat for North Korea, Joseph Yun, announced his surprise retirement in February, sparking concerns over Trump's policies. National Security Adviser H.R. McMaster, who met with the South Korean envoys to discuss Trump's possible meeting with Kim, is widely rumored to be on his way out. Trump's administration still hasn't even filled the role of ambassador to South Korea.

Victor Cha, a one-time candidate for that post and former National Security Council Director for Asian Affairs, questioned what, exactly, could go up for negotiation, tweeting, "The question becomes what (are) we putting on table: sanctions? Normalization? Peace treaty?"

This time North Korea would come to the table with much greater nuclear and missile capabilities — and therefore more bargaining power. If talks fall apart, it could further escalate tensions. North Korea could also test another missile ahead of a potential meeting. "We don't actually know how much control Kim Jong Un has over top generals in his administration,” says Fish. "It's possible one of them wants to torpedo the summit."

He thinks a Trump-Kim meeting is the least bad option available because it could prevent war and buy time in which North Korea could collapse or evolve.

North Korea's nuclear program has long been one of the stickiest foreign policy challenges for the US. Former Secretary of State Madeleine Albright was the highest-level American official to visit North Korea while in office. She traveled to Pyongyang in 2000 to set up a trip for Bill Clinton after he was invited by Kim Jong Il, but the president never made the journey. After Clinton left office he did, however, meet with Kim Jong Il to help negotiate the release of two American journalists from North Korea. George W. Bush included North Korea in his "axis of evil" and the Obama administration ramped up sanctions.

Tensions flared over the past year thanks to Pyongyang's firing of intercontinental ballistic missiles and testing what is thought to be a hydrogen bomb, but relations between the two Koreas appeared to thaw somewhat after North Korea's participation in the Winter Olympics hosted in PyeongChang in February.

Could casting aside the unsuccessful orthodoxy of US foreign policy and giving North Korea a taste of its own medicine with an unpredictable and volatile leader help the US break what has become a dangerous impasse?

"Although Trump has many weaknesses, [the meeting] does play to some of his strengths," Fish says.

The stakes might be high, but expectations for a Trump-Kim meeting are relatively muted. Following a year of escalating tensions over the threat of a catastrophic nuclear war, even a lousy deal with North Korea could be hailed as a success.